The Forbidden Land of ABO

Last week, a gaggle of dudes took a trip to the Biggest Apple in America, New York City. The “Canal Street Gamblers” were split into two sects, one in Manhattan and one in Queens. The Manhattan sect, headquartered in the LES, consisted of myself, Jon Rock, Pizzy, Max, Rickaby, Sleepy, and Vince. Meanwhile the Queens sect, stationed near Flushing, was a small trio consisting of Juke, Harry, and T-Lalk. The weather was perfect, the city was alive, and Pizzy was the unanimous MVP (despite an accumulation of 57 red cards). I purchased a little digital camera to document the happenings. Here’s my POV of the situation. 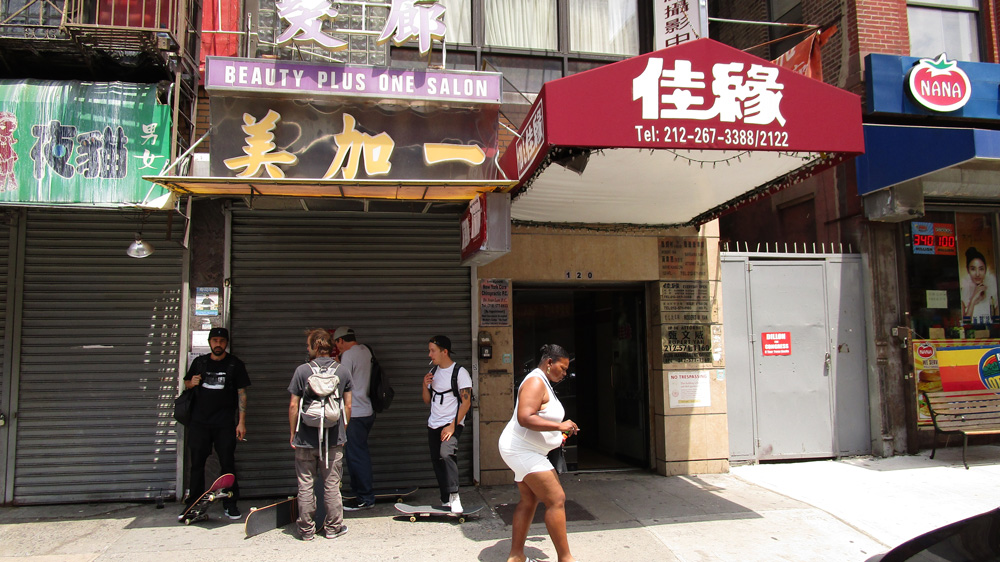 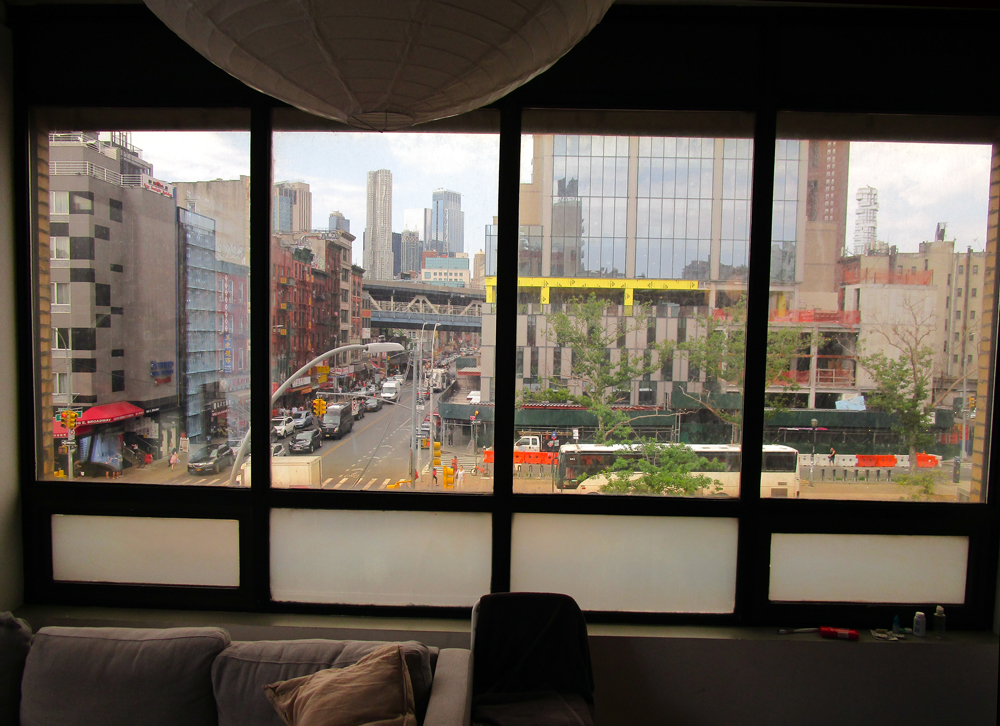 The Canal Street Gamblers’ HQ in Manhattan was prime. We were 2 Blocks away from Labor Skateshop, and had a plethora of skate spots and slice vendors within a stones throw. Also, a great place for data mining after the consumption of slices! 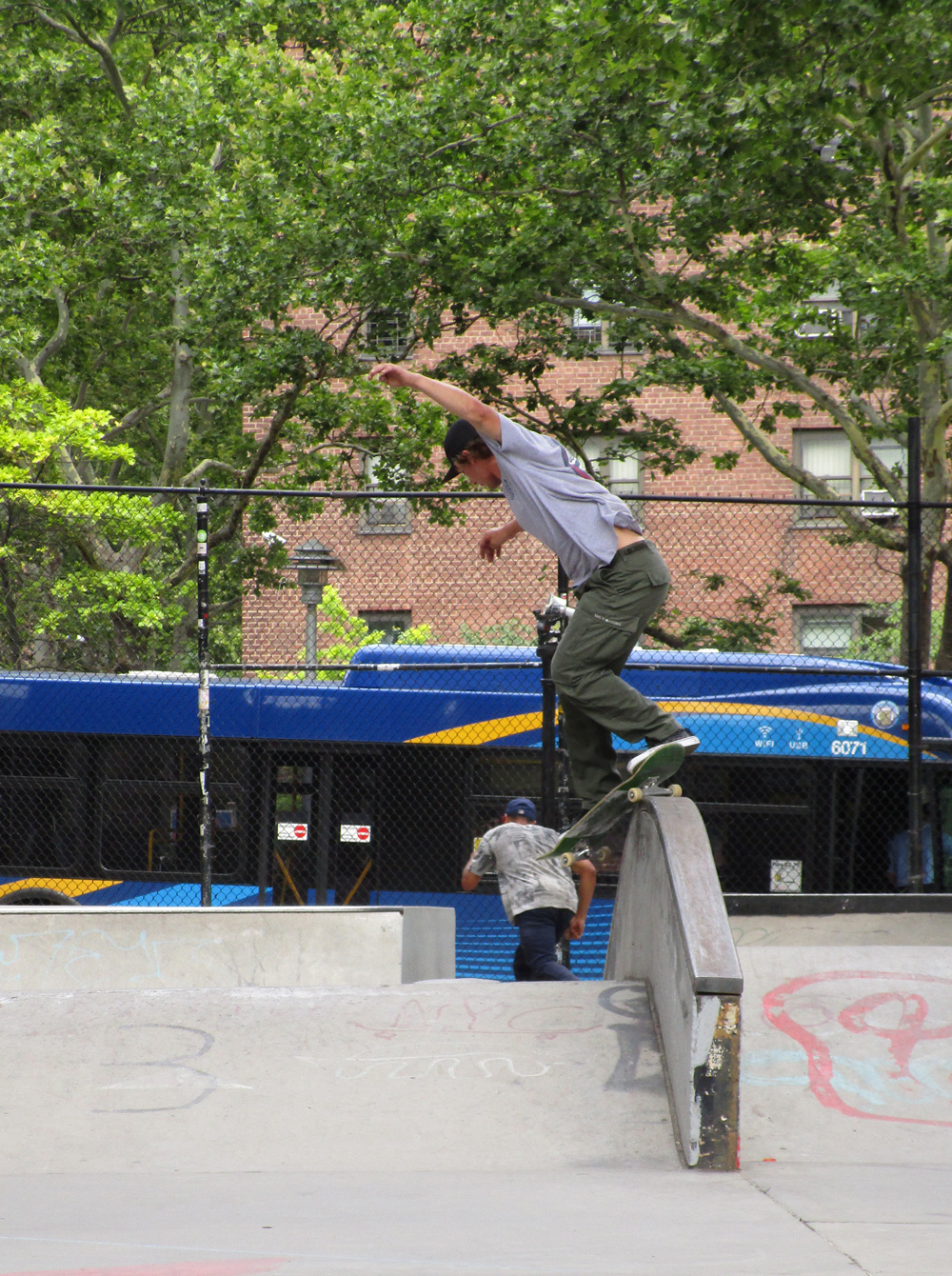 The LES skatepark was also a few blocks away, which was a good warm-up spot. Here Taylor (Tyler) Lalk does a BS Smith across the rainbow-ledge-dealio. The youngest member of the CSG, Tay really showed why he’s an important piece to the syndicate. Beyond the stunts he did on his skateboard, he was an integral part of the smaller things going on (scratch offs, beer, pizza, not getting red cards). 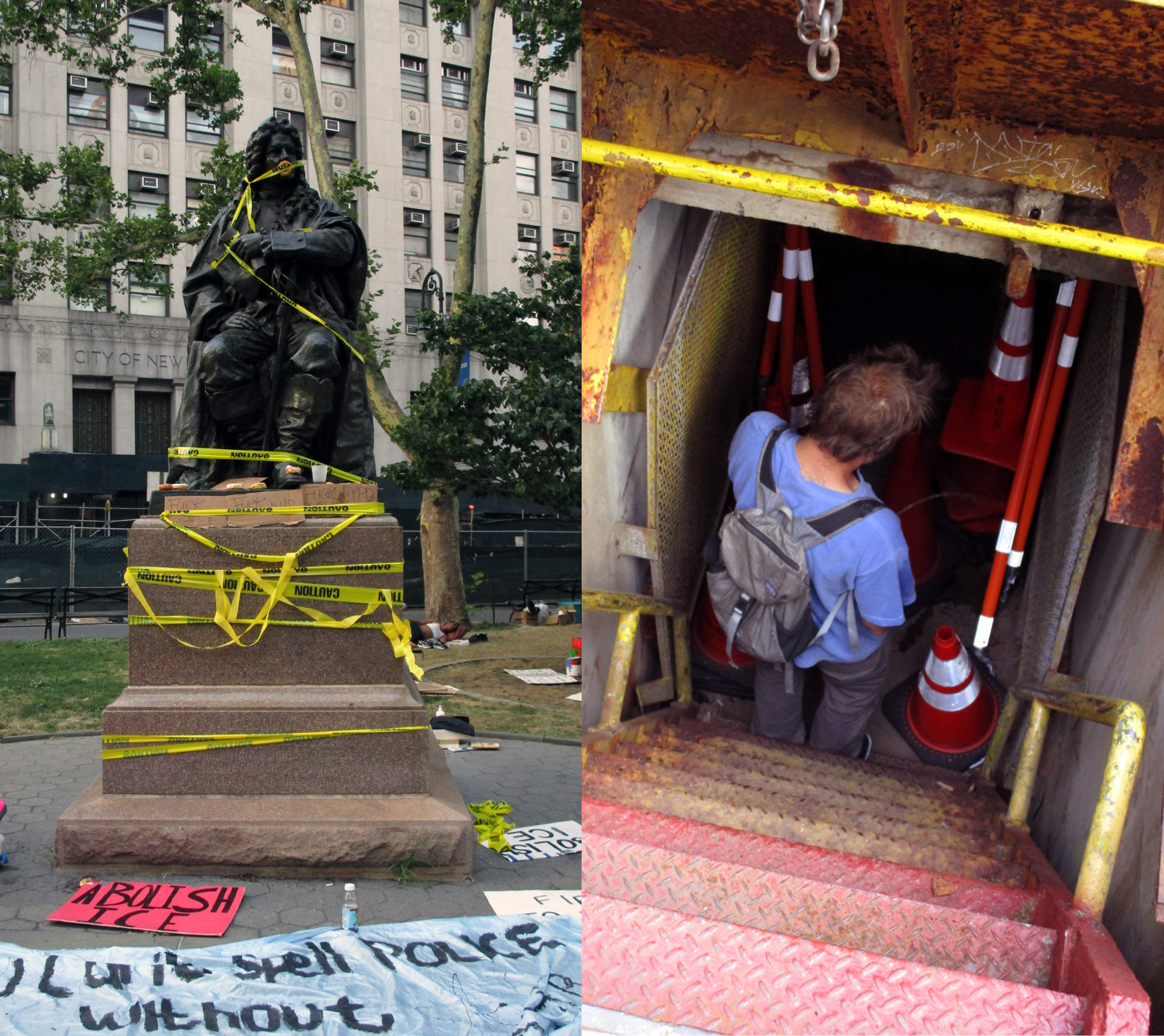 Did you know New York was the capital of the United States for a brief period? 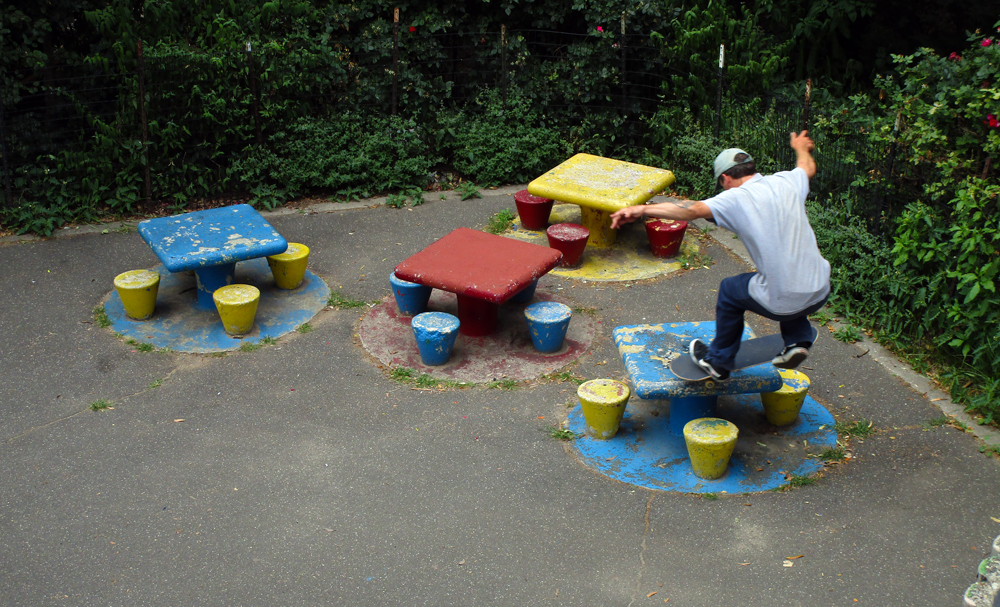 Sleepy Mistele, the bulldog of the CSG only broke one board throughout the trip. Quite a feat for him. Here the Bulldog does a Pop Shove Nosegrind on a smurf styled picnic table. 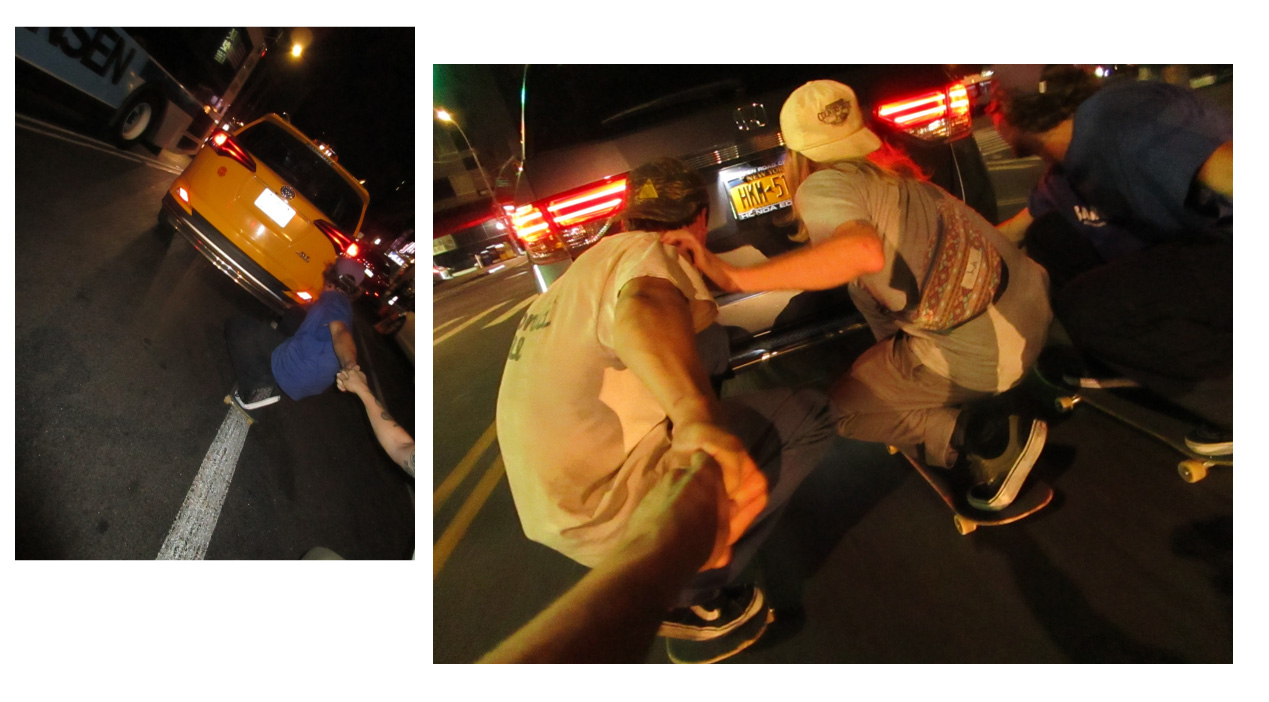 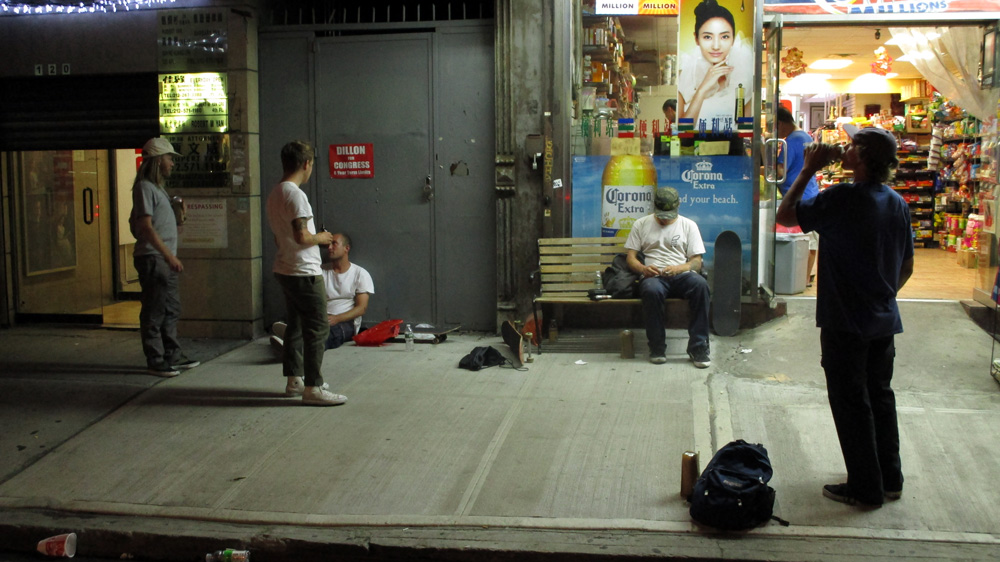 Above we have two common operations of the CSG while skateboarding wasn’t happening. Grabbing bumpers and hanging in front of the headquarters. The owners of the corner store next door were very kind to us, cheerfully greeting us when we popped in every 15 minutes. I managed to win $50 on a scratch off, proving it was possible, and only fueling our fire to live up to our namesake. 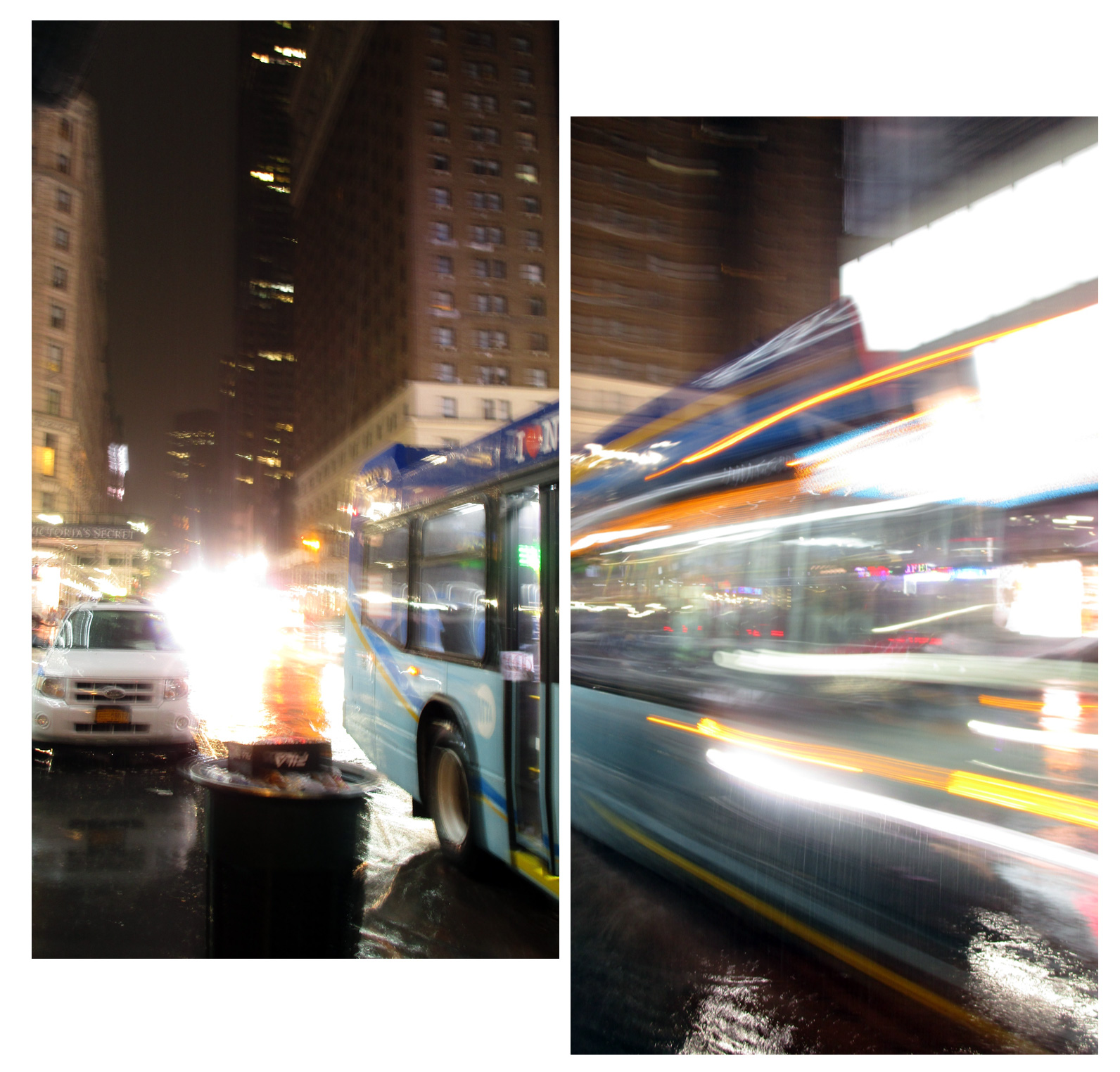 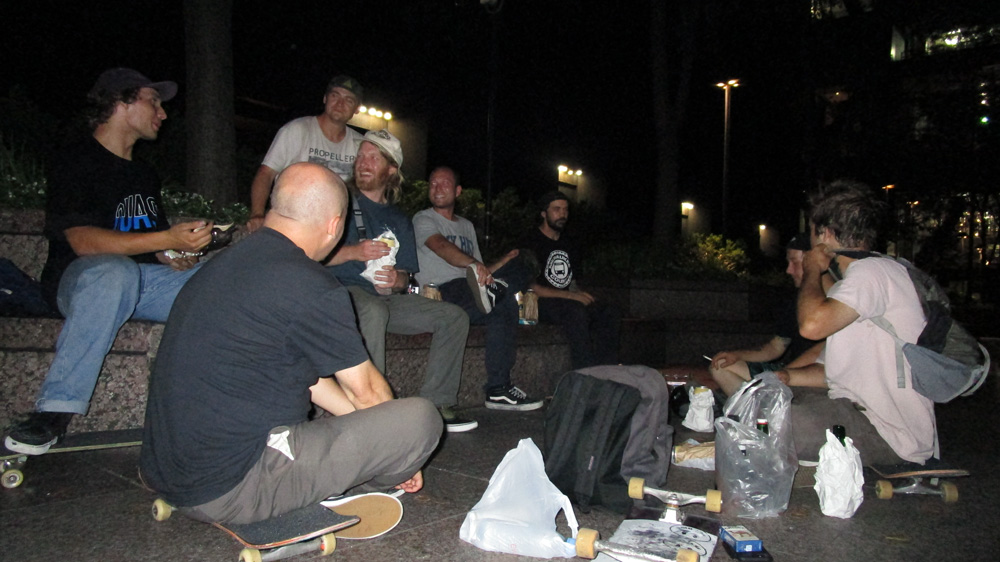 Here the Canal Street Gamblers discuss future operations, and share advice on how to not avoid red cards. I.e. “The Johnson Side Eye”. 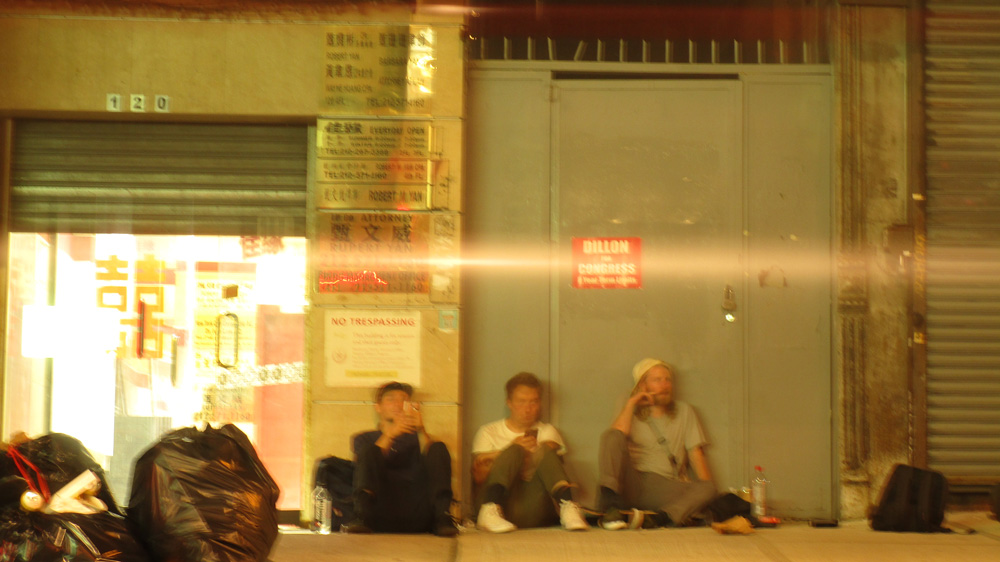 Everyone was burnt at the end of each day, but we still managed to hold down the HQ, making our capo proud. 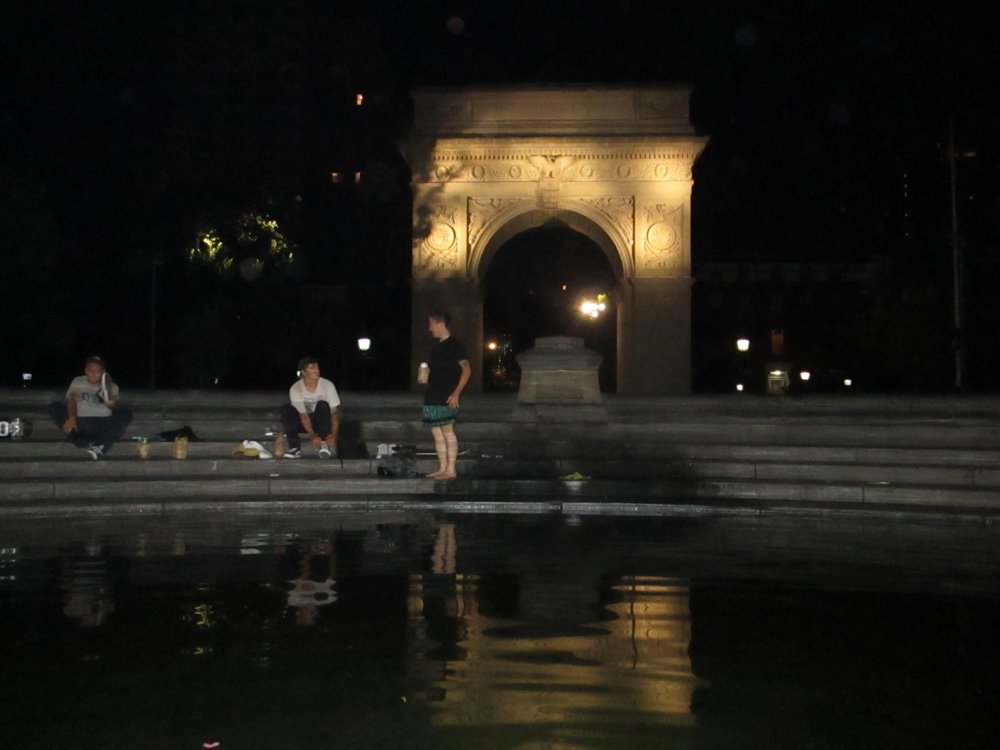 That’s all from the POV cam. A ton of stunts went down beyond my measly few skateboarding pictures show, so stay tuned for more content. A huge thanks to 1st gen wiskate-poster, and Labor skateshop owner, James for holding us down and Smith grinding Sherman 10 probably 17 years ago.

“A quote is something you say.” Until next time! 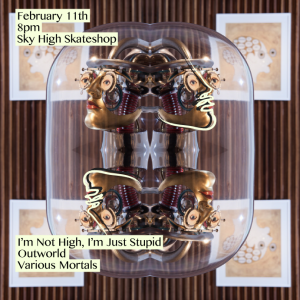 This Saturday, come see exclusive footage of the local yokels performing street stunts on the domestic terrains of the midwest. With the gracious support from Sky High, this video triple threat will help you forget that you actually live in the midwest.

I’m Not a Gentleman (open – – ses) from Open Sesame on Vimeo.

New mini-vid for ya eyeballs. Footage from spring 2016.

Here is a link to a website I’m doing (with my roommate Vince Stranc) to cure that post-work, self appointed boredom. 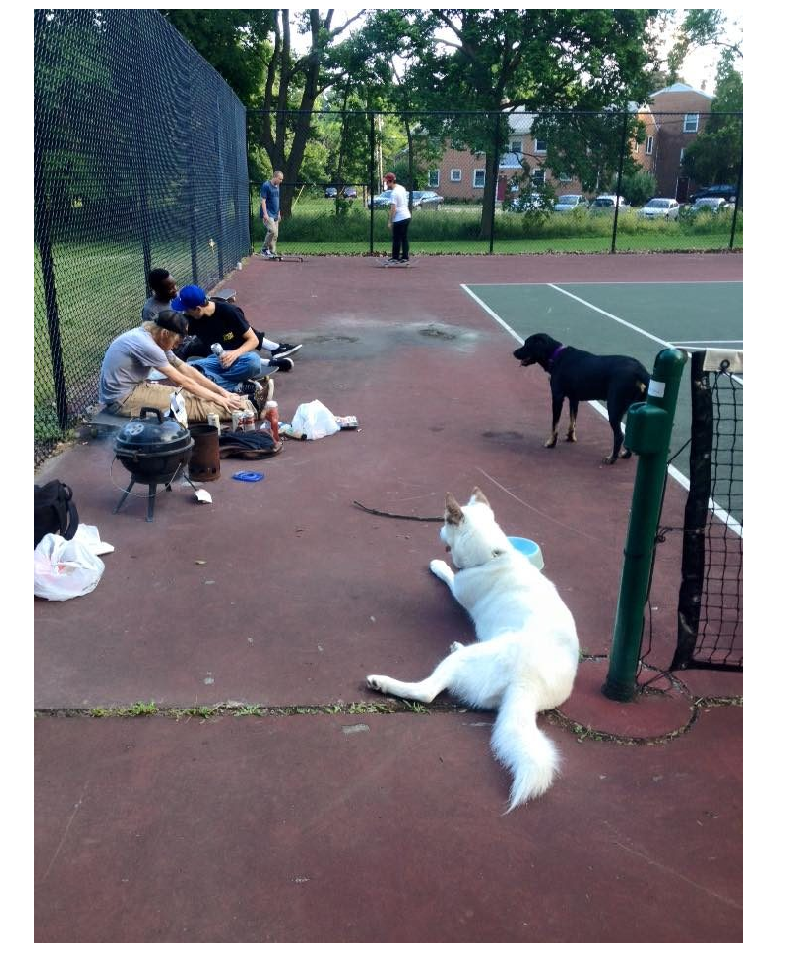 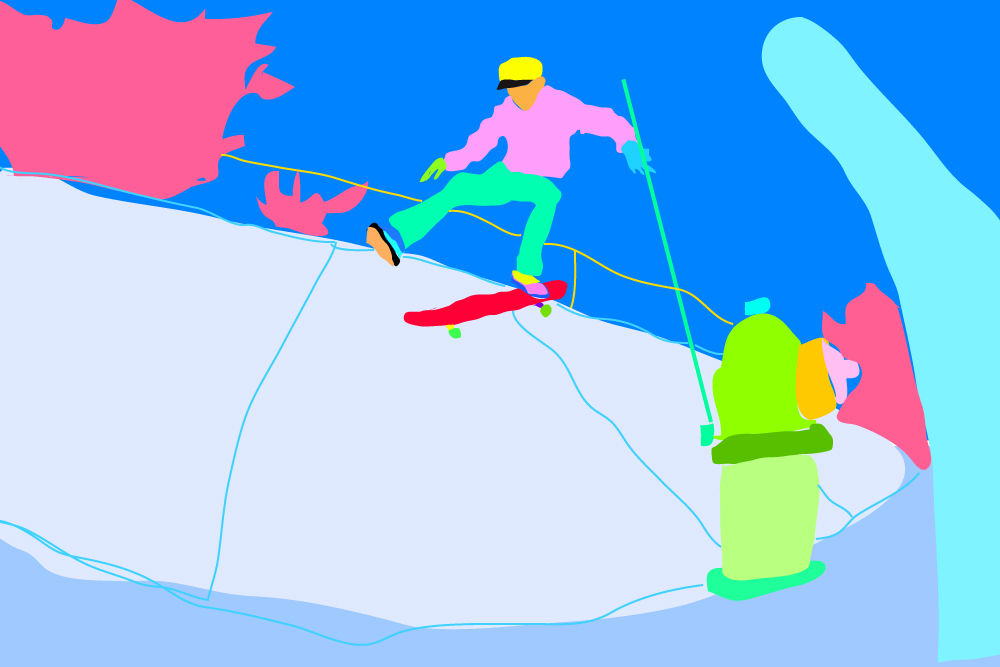 I was digging through the crates and stumbled upon an archival video made by Harrison Thoe. And also found a digi-doodle of Gabe doing a one footer I made 5 years ago. Inspired by a Kevin Penczak photo (that I can’t find). Recycling is good for the environment.

Hot off the press. New one from Channing Sabir! Featuring some nifty skateboard moves and background sounds from Blonder, a Milwaukee band consisting of local skateboard dawgs Matt Nordness, Jimmy Brickner, and Eric Risser (with Mina Faye and Vince Gaa too!).
I can smell it, lemmie inhale it! 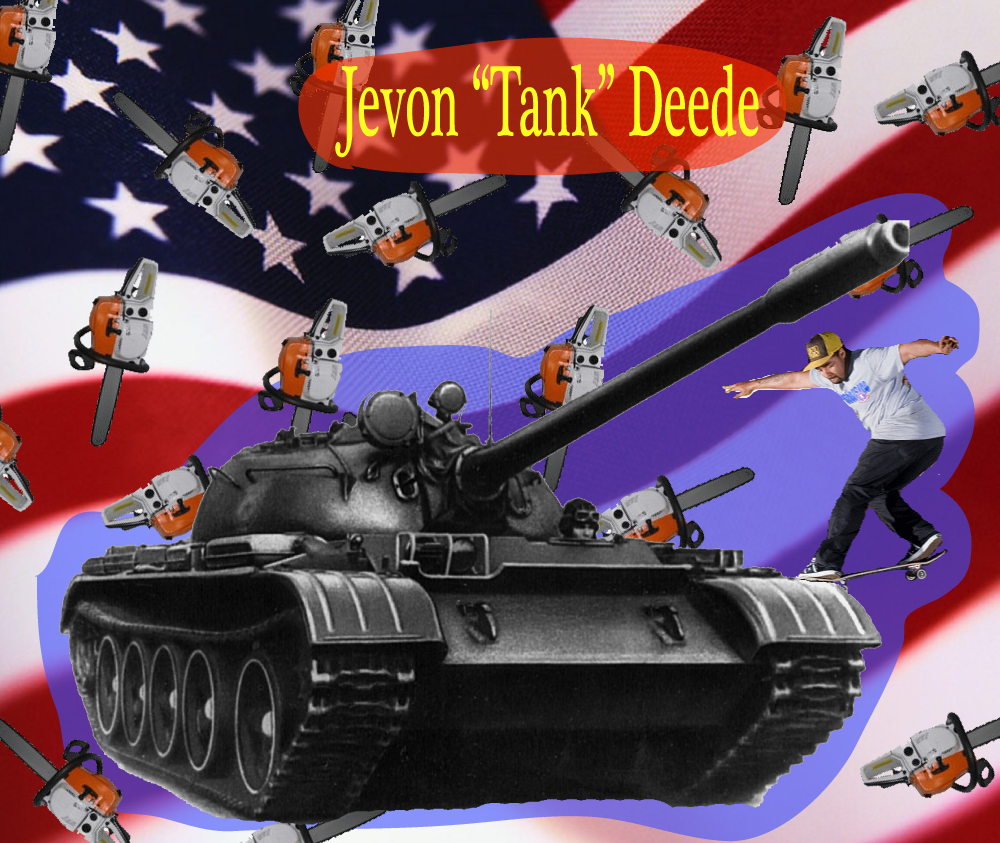