I have the original web sized .mpg from 2001, and I found the raw footage on a Hi8 tape earlier this year.  I put the old file in the timeline and overlaid the raw footage over it.  The audio is original to the 2001 .mpg.  Making the “cool” animations was more annoying than it should’ve been.  But I persevered.

Comparison of today vs. 2001 web quality.  People used to wait 20 minutes for videos that looked like this to download, and they loved it, damnit.

Anyway, back to the past.  The crew wanted to skate.  It was too snowy and cold in Milwaukee.  I remembered a great plaza in Nashville I had skated once on the way to Florida a year or two before.  Might as well drive the ten hours.

Here’s some contemporary supplemental content of Greg, Mike, and Ben skating the plaza. 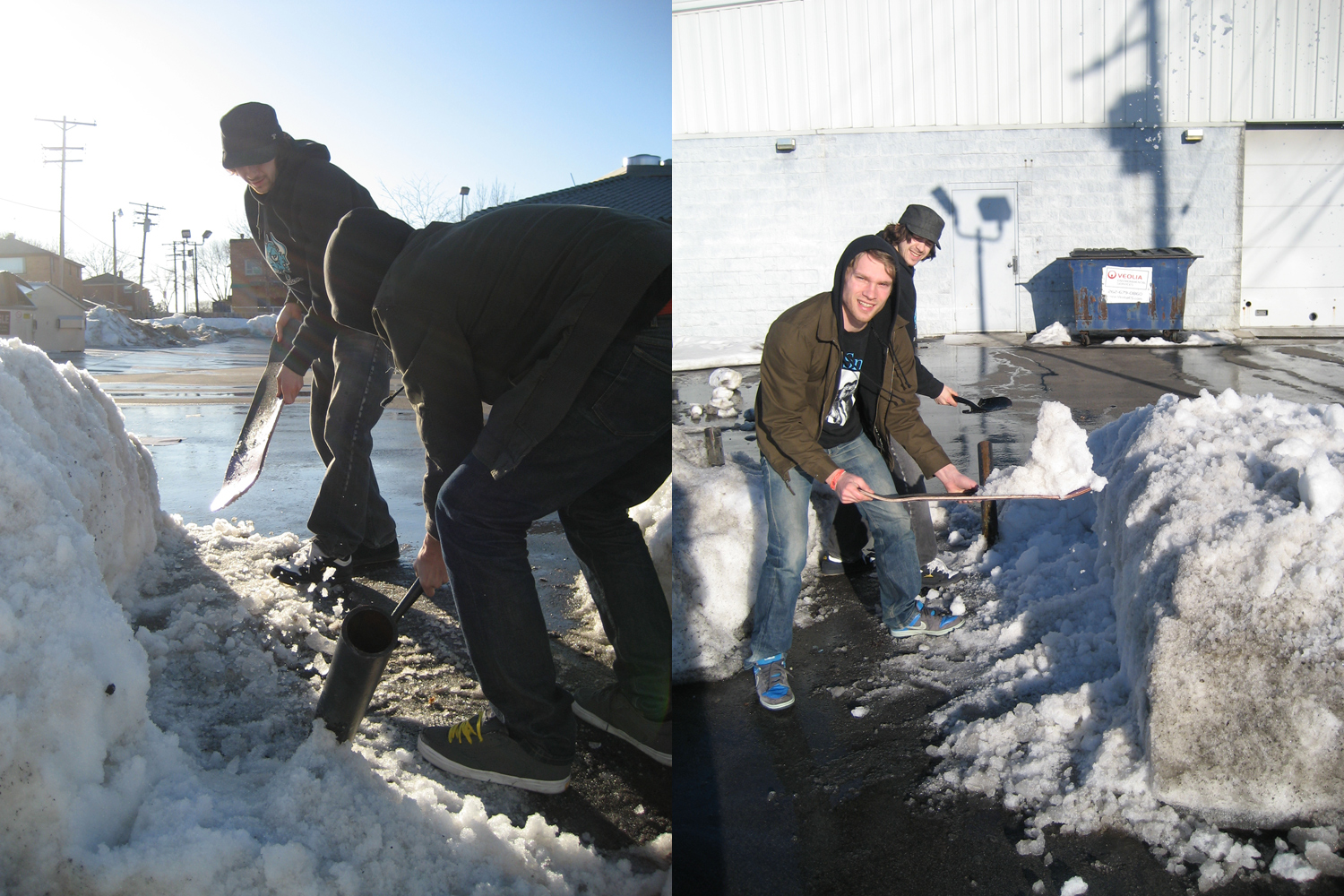 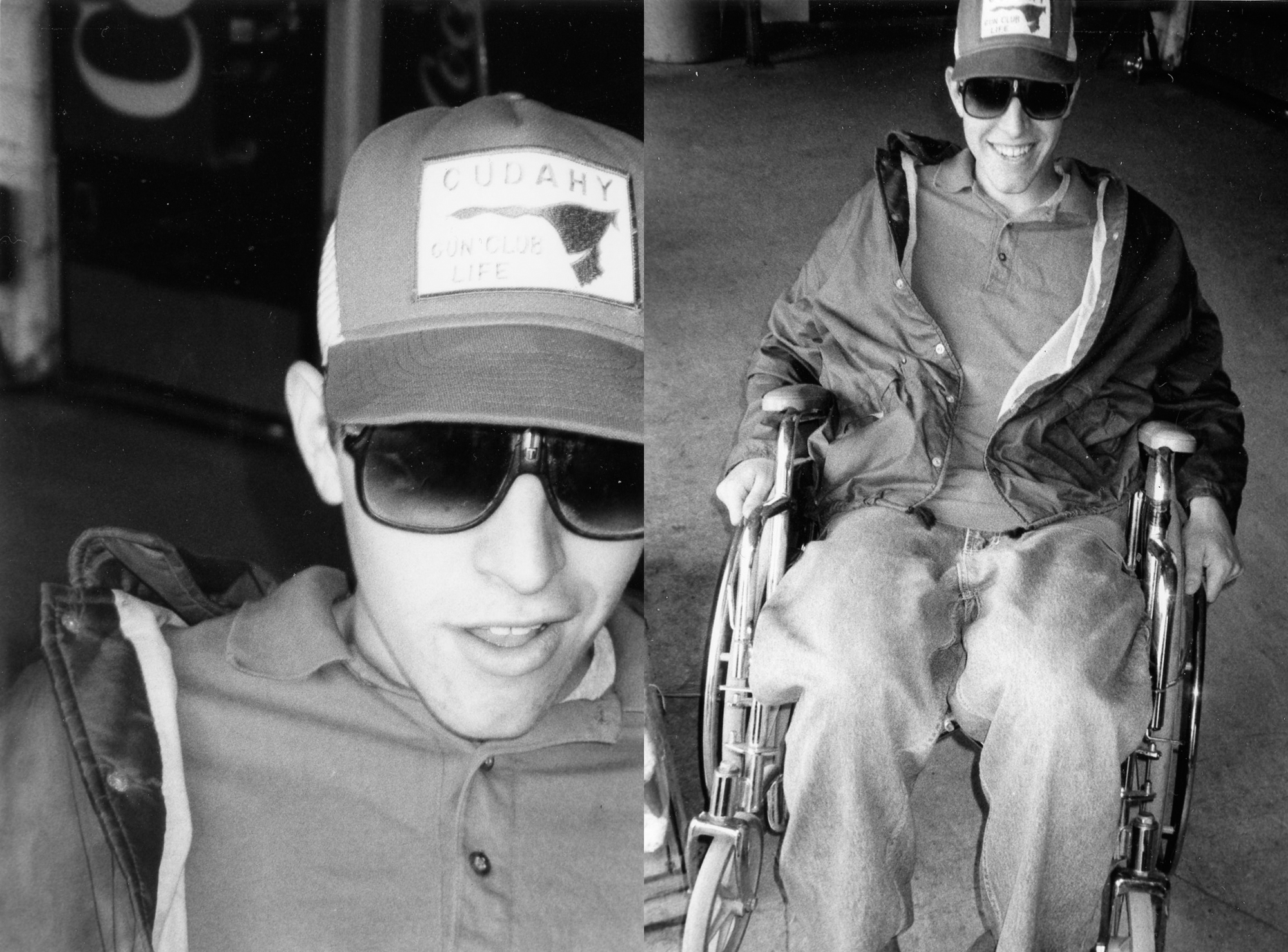 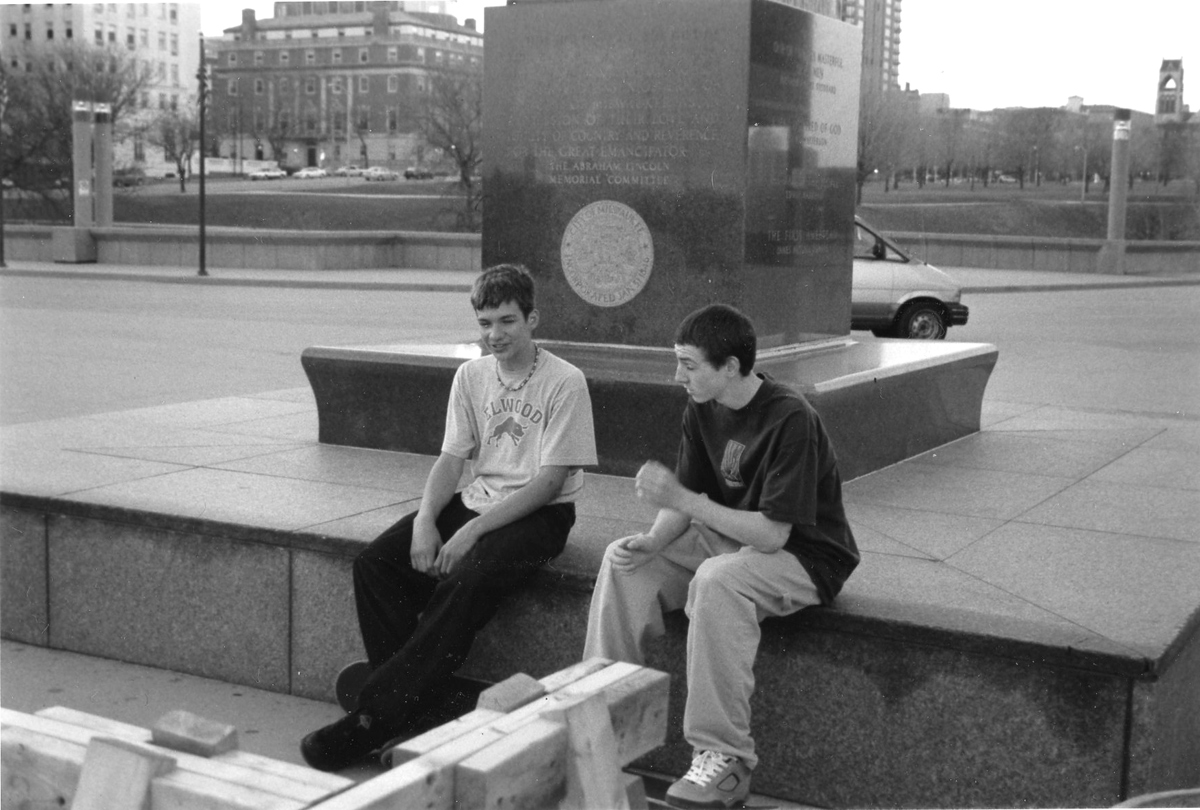 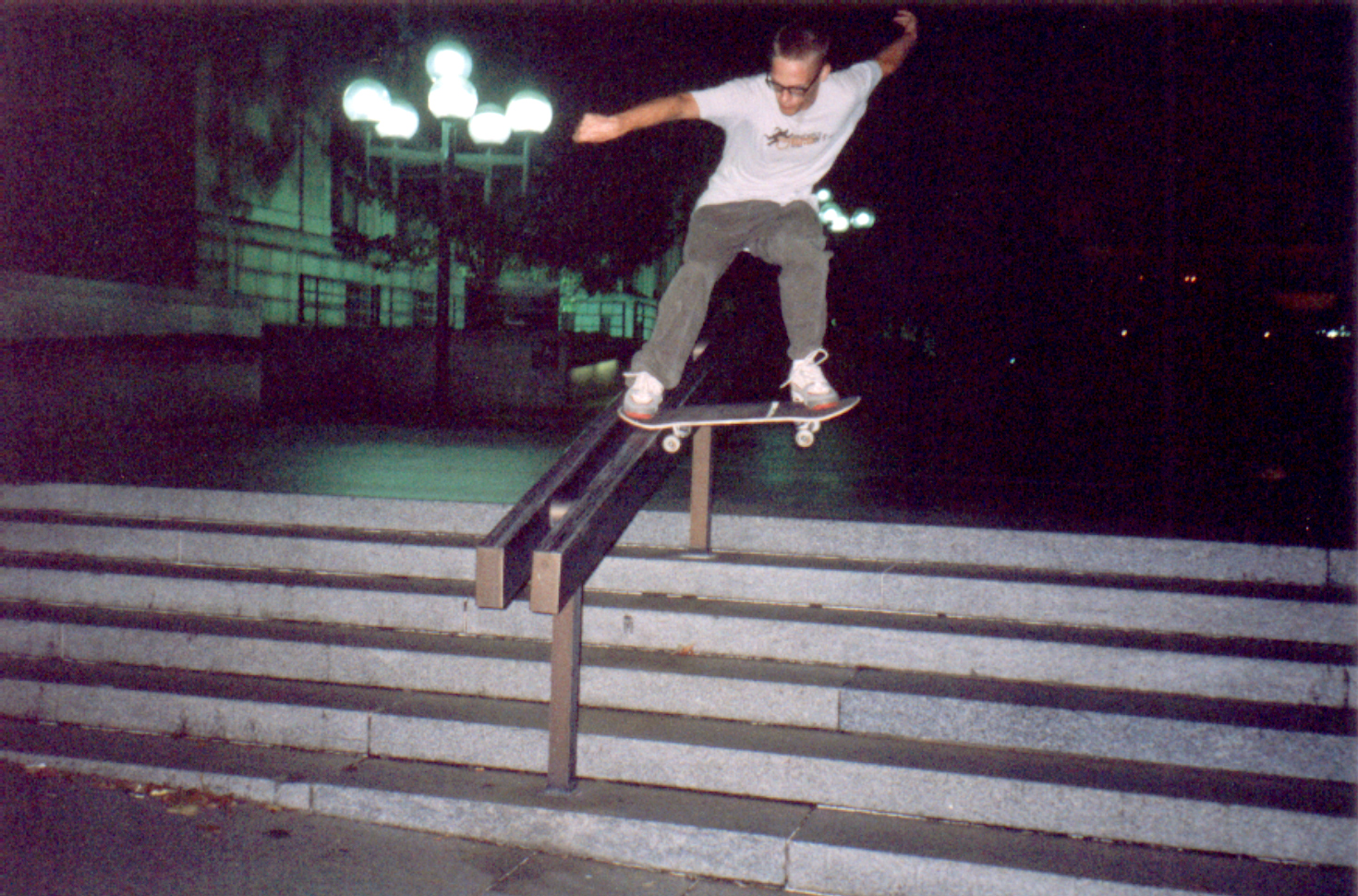 I don’t have the edited master file for any of the early web clips. The earliest one I have the final edit for is number 26, from Aug 2003.

Not too long ago while I was trying to throw away some hoarded crap in my basement, I found a pile of burned cds in a box. On those dozen or so cds were files I must have moved off of my hard drive to make room for newer stuff. In other words, some of the earliest stuff I had ever filmed. The gears in my head started to slowly turn.

I knew on a hard drive somewhere I had the tiny compressed web version of the early web clips. Why not try some forensic files shit and try to recreate an early webclip? I dragged the 320×240 3 meg web clip into the timeline and slowly started puzzling the original clips over it. Eventually I found all the files I needed, and Mini Video 17 was reborn.

Some of the files are kind of glitched out with some dropped frames, but there’s nothing to be done. I was too lazy to 1:1 match the idiotic 2000 typefaces I used, so I used some idiotic 2018 typefaces. Good enough.

Filmed Oct 23, 2000. Ben Vance and Greg Lutzka in Chicago. This was the first time I had ever skated down there in my life. I remember those guys skating away from the car before I could make a mental note of where we parked. This was before cell phones, so I had to follow them or lose them. I thought we’d never find the car again.

I don’t have any photos from that session. These will have to do. 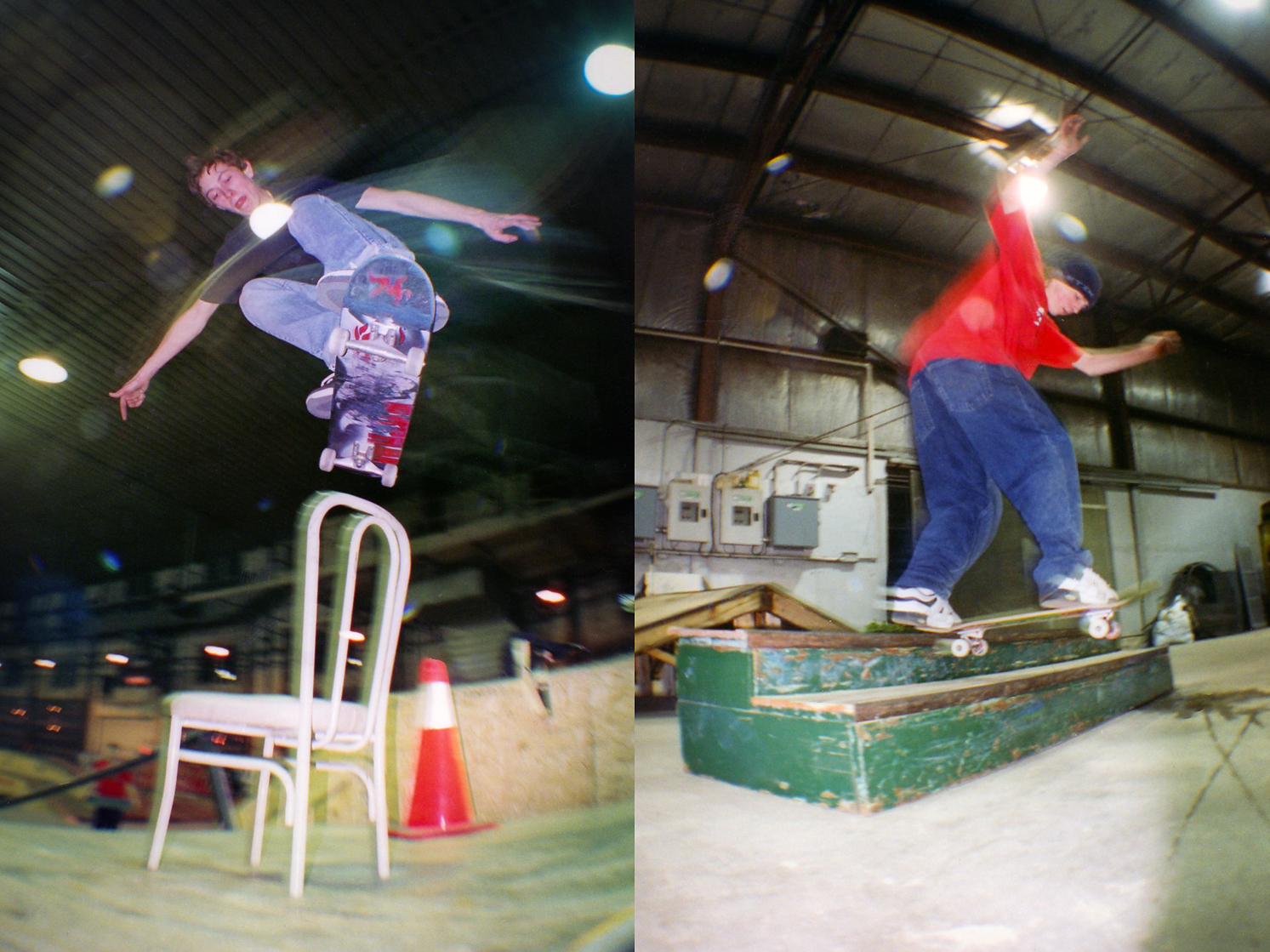 Ben, hucking a big backside ollie. Greg, backside tail at the TF. Before we knew what TFs were. Heiderich Greenhouses. Your griptape would be fucked from the dirt, but it was the best ever. Also a time saver if you needed to pick up some flowers in a pinch for a wedding and/or funeral. Or if you needed to play Wolfenstein 3d on a Packard Bell 386. 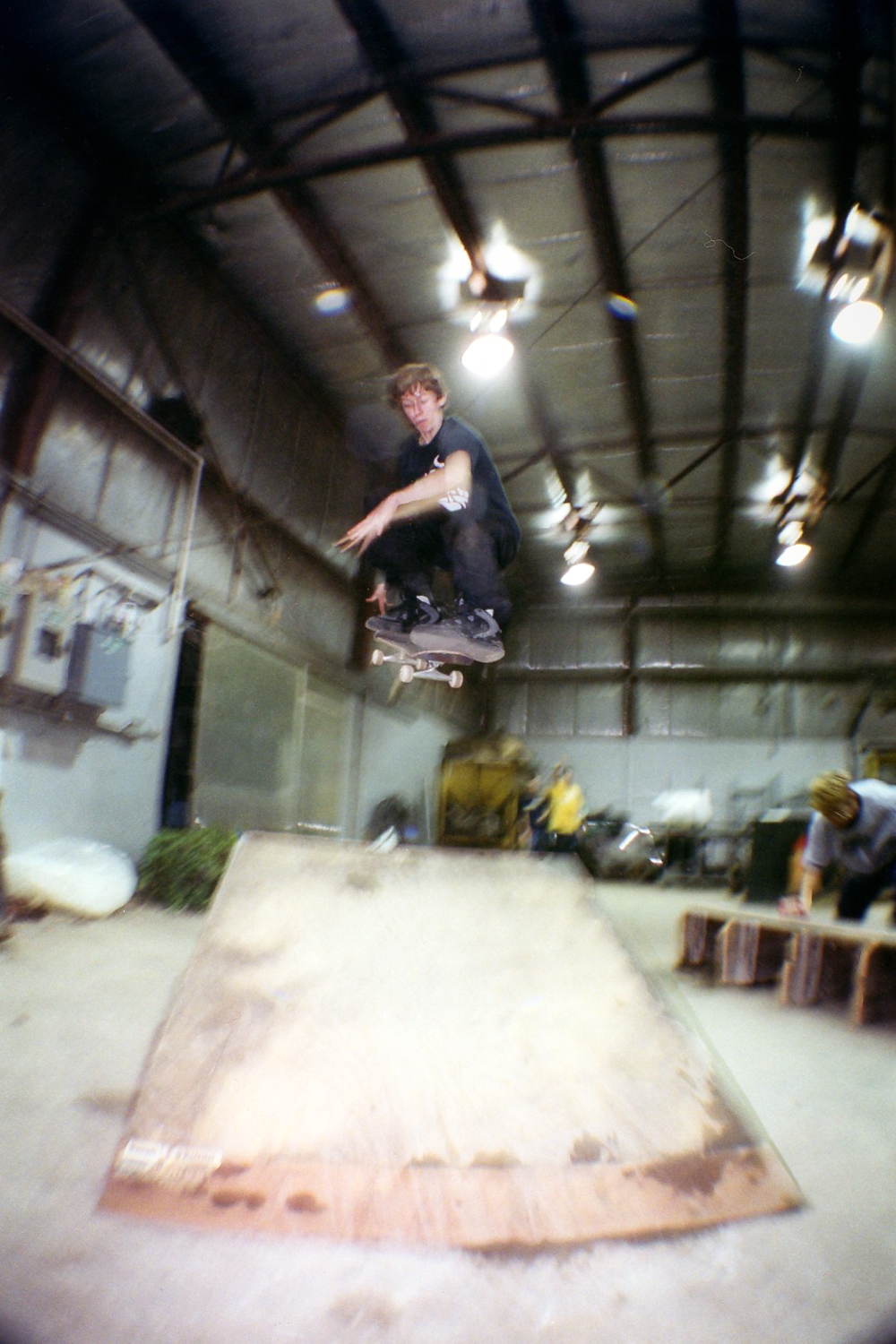 Ben ollies at the greenhouses. I always thought this photo was kind of tight, but that only happened purely on accident. I had no idea how to take skate photos back then. Still debatable today. 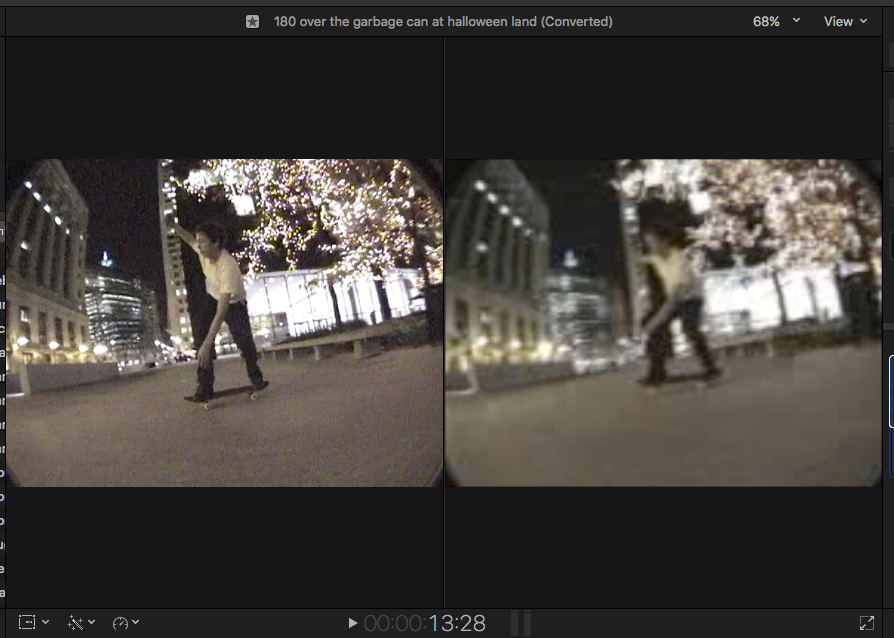 A little behind the scenes. Quality year 2000 digital 8 vs year 2000 super compressed web clip. Yeah, that’s the quality you would get after waiting 35 minutes for the file to download. And you liked it! You might even debate on the wiskate forums what Ben says at the end of the video. “Sean Todd bails”, of course.