I asked Josh and Pizzy why boob bank is called boob bank. Both replied they didn’t know and said “maybe it looks like a boob?” My brain’s response would be “that ain’t no boob, guy.”

Trivia/Goofs: This bank is actually tricky to skate because there’s a weak skate stopper in the middle, a little channel at the bottom, the lip and bank are rounded, there’s a pole on the right that can clothesline you, and it’s steep enough where if you popped a trick too high there’s a probability that you may land in the flat bottom or over the lip (adjust speed accordingly). *On a filmer/photographer standpoint, that yellow pole sucks balls.

Right now, the dudes (a bunch of Milwaukee trolls) are in NYC ripping. Last year around the same time I had the chance to document some of these trolls…

Trivia/Goofs: Unfortunately, couldn’t skate all of Brooklyn banks but thankful to skate some of it regardless (of course media doesn’t do the banks justice…had the same feeling when I went to EMB in ’93…”whoa, a lot bigger than I thought” ((that’s what she said))). There were many highlights of the trip including hanging out with one of my all time favorites James and seeing his shop for the first time. A rad time with rad dudes.

“you’re only as old as you feel right?”

Well, 4th of July 2018 just passed and it was wet, hot, humid, moist, and a blast. Met up with Rock and Max around 11:00 am to skate the post apocalyptic courthouse: 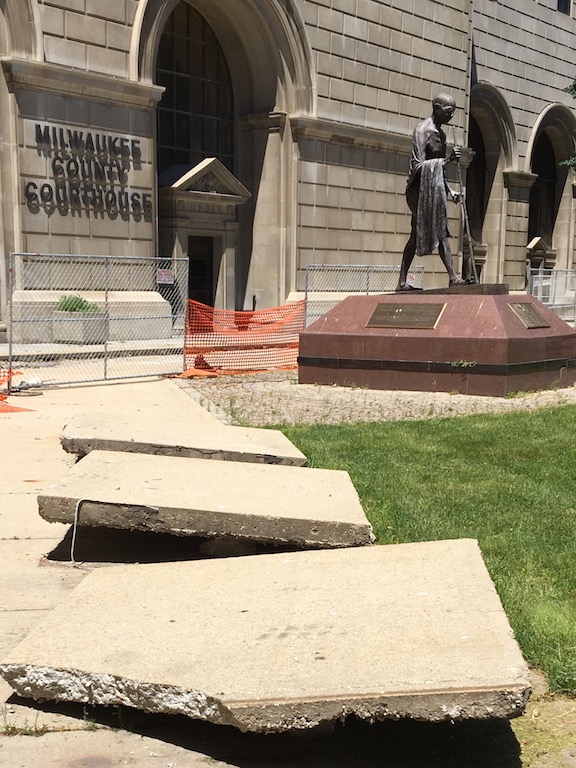 Filmed max getting heady with some of the obstacles, he probably lost a billion calories doing it.


Actually he almost lost his mind, half focused his board and kept trying…”I was delirium tremens for sure”- Max.

Under The Gate. from Gabe Chan on Vimeo.

This year I didn’t think a championship was going to happen (no documentation, sorry) due to lack of funding but let me tell you there were some thrilling moments in the first game…the newcomer Vince Stranc easily gained an early lead; Josh got into trouble and for the first time used a trowel as a juke to get out of a garden bed; Sleepy, Risser, and Chase did their job with their fair share of “aliveness”; the mayor, Jimmy Brick wasn’t ejected this year but did lose his cool under the forbidden tree zone…and also used Josh’s trowel juke method to get out of the dreaded garden bed. First game goes to Vince! It reminded me of this scene…
On the snap Vincent!
They started playing another match but I was out of there…sorry, I’m a horrible journalist. Consult Josh with the final standings.

I’m sort of on schedule with Delirium Tremens Raw Footage…

This was the first time I saw/filmed spazz, he was probably around 14 years old.

And if you’re really bored…

Gabe Chan Vintage Footage circa '90-'94 from Gabe Chan on Vimeo.

I grew up skating in Glendale Heights, IL. I think I started around ’90, here’s some random footage. I wasn’t old enough to drive so most of it was filmed around my neighborhood except a random slappy nose bonk thing at embarcadero, a random juke line somewhere in Santa Barbara, CA and a two trick line in Sierra Vista, AZ (At the time, my aunt and uncle lived there and my brother and I would go there during the summer. We took spanish lessons by the mother of the lead singer of ‘Malignus Youth’ a punk band. I don’t remember too much espanol but I remember watching them jam once and hooking us up with some Thrasher mags).
Guest skaters are: Scott M., Sess, and Neal V.

Trivia/Goofs: The school where I do some horrendous flip tricks off and into a yellow ledge/curb and the lil gap where my friend yells Gino Iannucci is where ‘Lucas’ was filmed starring Corey Haim, Kerri Green (the babe from Goonies), Charlie Sheen, Courtney Thorne-Smith (90210 and of course Summer School), and a hella young Winona Ryder. I had a choice between going to that school or Glenbard North. I eventually went to North and later found out that Billy Corgan attended North before me.

**Bonus trivia: The town Carol Stream, IL (where North is located) is where I believe, Josh and Kelly adopted their new buddy Francois the Greyhound…

To keep me busy during a brutal winter, I took up the task of going through 50+ hours of mini DV tapes belonging to our man, Aaron Polansky. I entered a time warp going back 15 years to capture the efforts of John Bunch, Rob Owens, Pat Acuff, Jared Peterson among others for what might have been Sky High’s very first video. Due to unforeseen circumstances, the video came to an indefinite halt…until now.

Aaron Polansky and I are collaborating on these short edits to unearth the video for the modern audience.

Stay tuned for the local stuff. 🙂

Dining at the Wendys in the airport in Bahrain 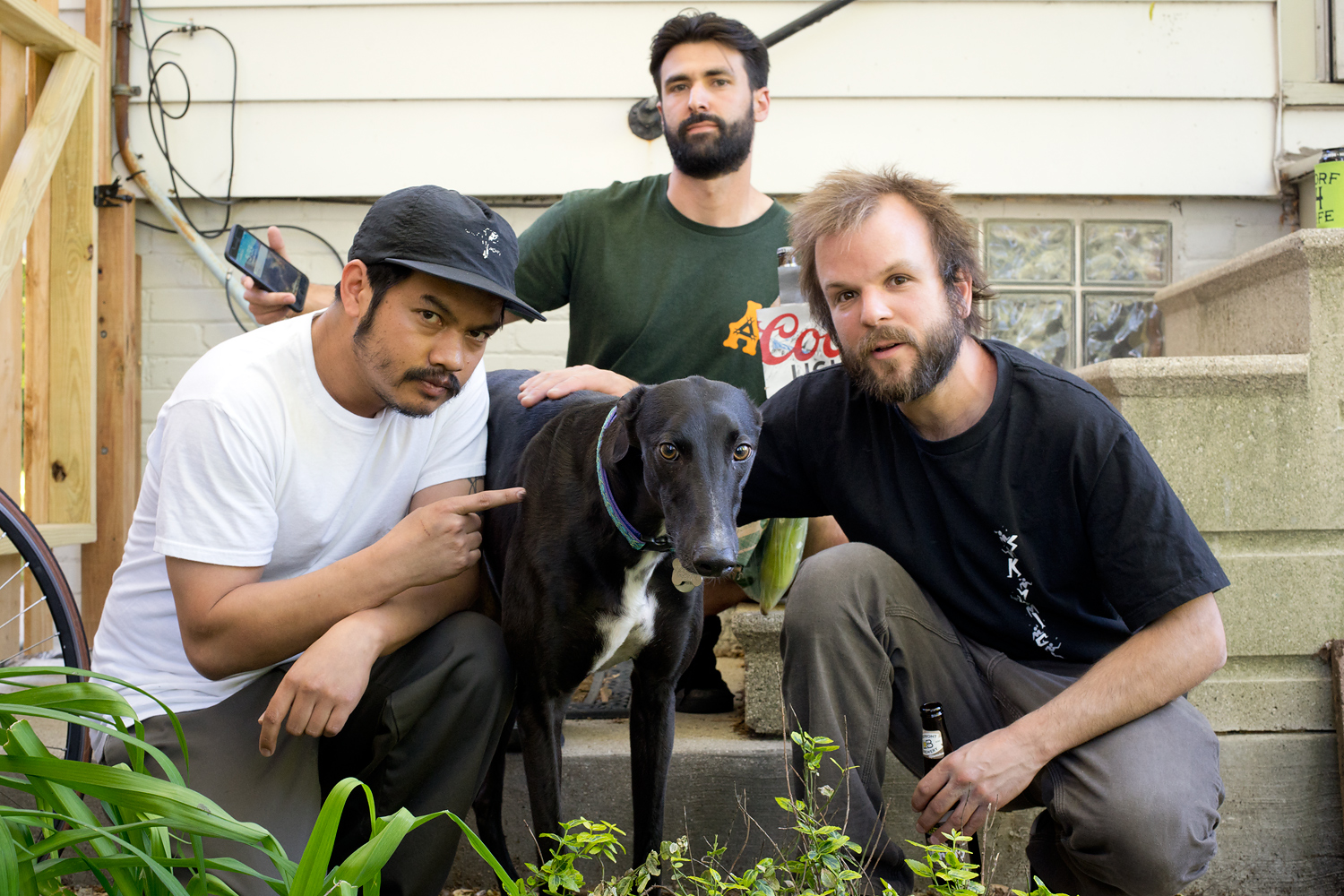 Grilling season is in full swing. That means at least once, maybe twice, maybe thrice a week, the crew gets in the backyard with some briquets and goes for it. Lately there’s been a lot of hamburgers, which is odd, because usually this is a sausage sort of household. I’m still not quite sure how to feel about it all. 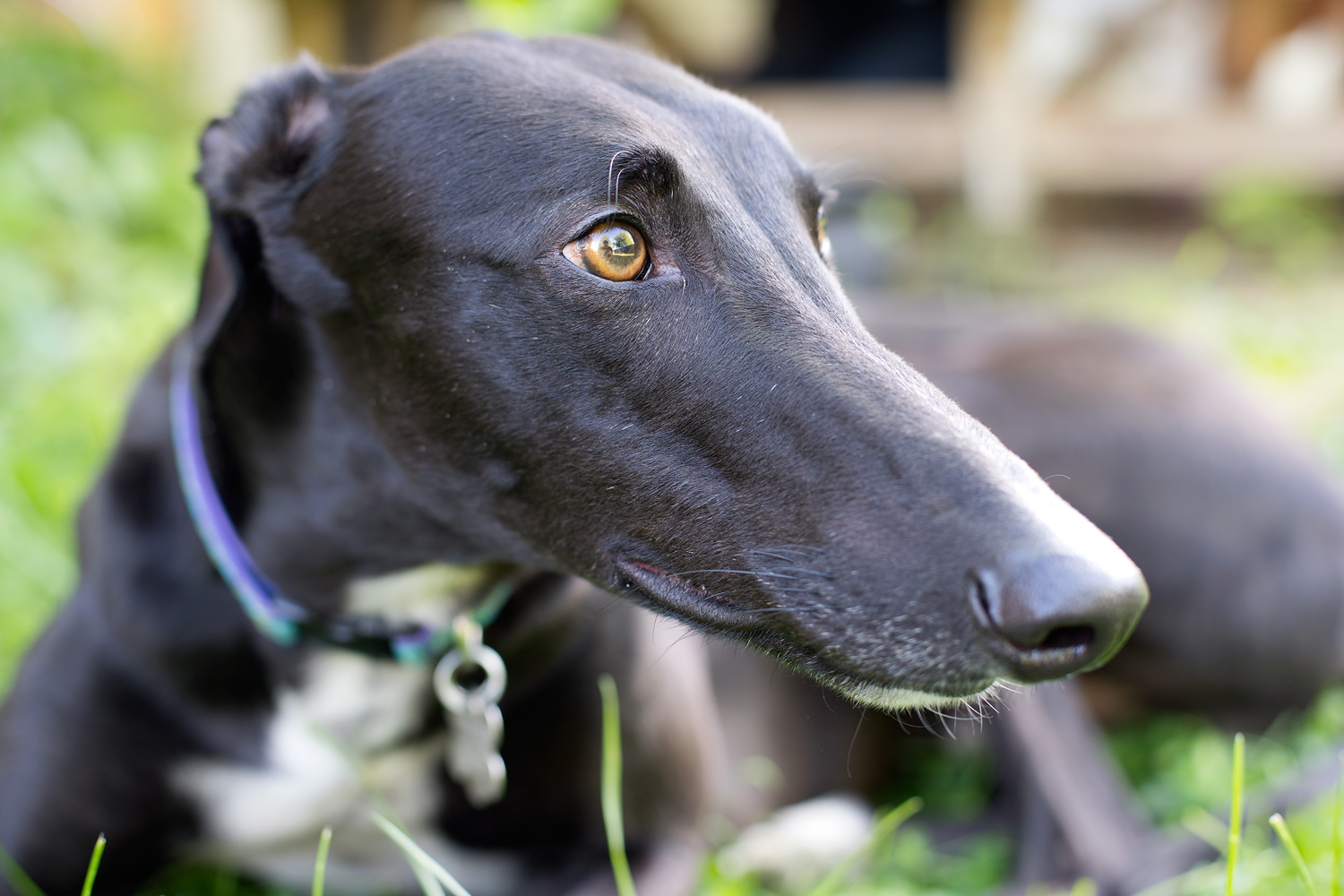 These days there is a new homie in the equation: Francois. Francois is retired racing greyhound we’ve adopted about six months ago. His original name was BGR Crush, and during his time as a pro dog athlete he won six races. If you feel so inclined, if you google his original name you can find some videos of him racing. You’ll also learn he has almost 700 brothers and sisters. It’s taking some time for him to learn how to be a pet, but he’s come a long way. He loves to BBQ with all of his new friends. 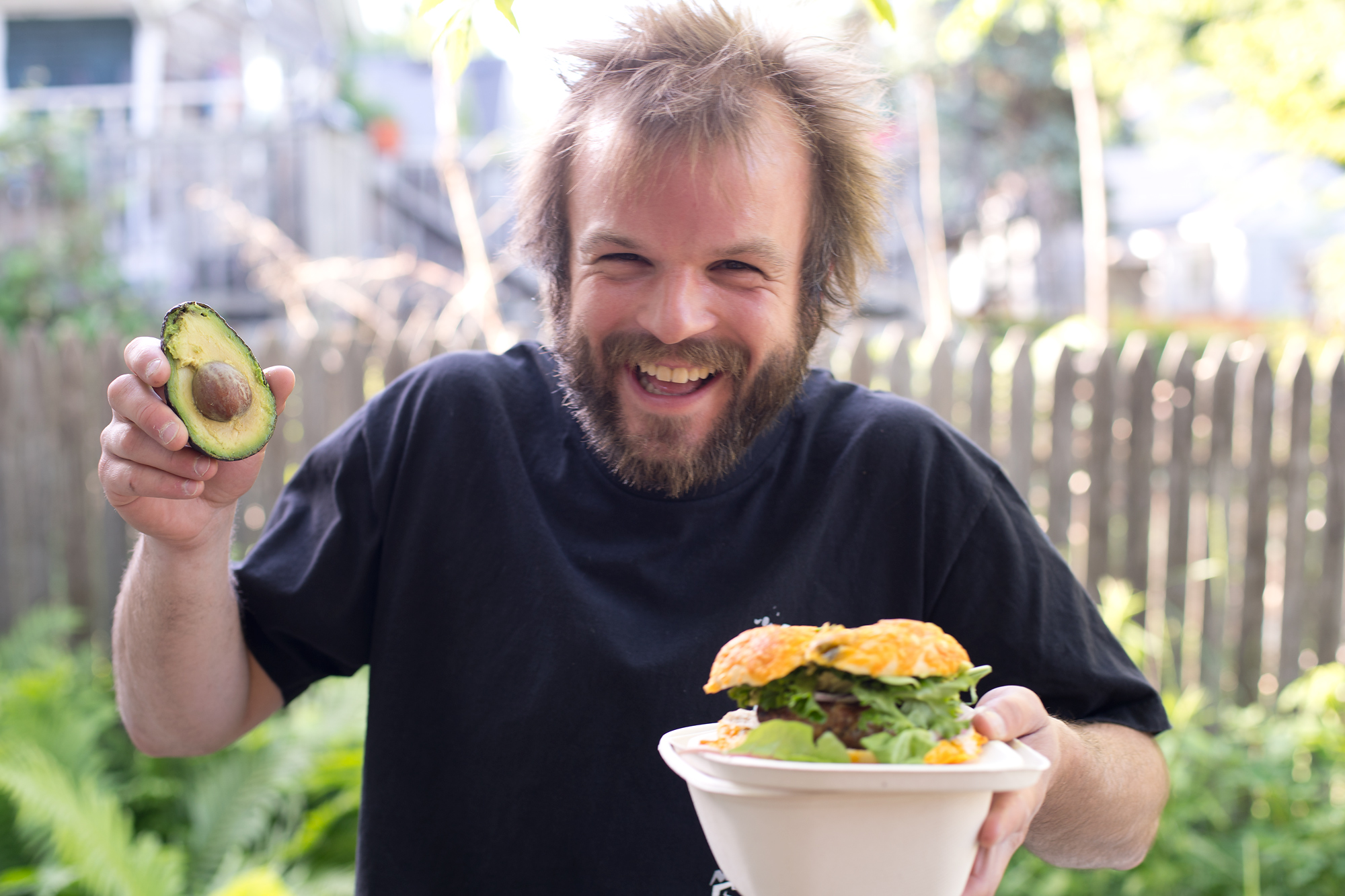 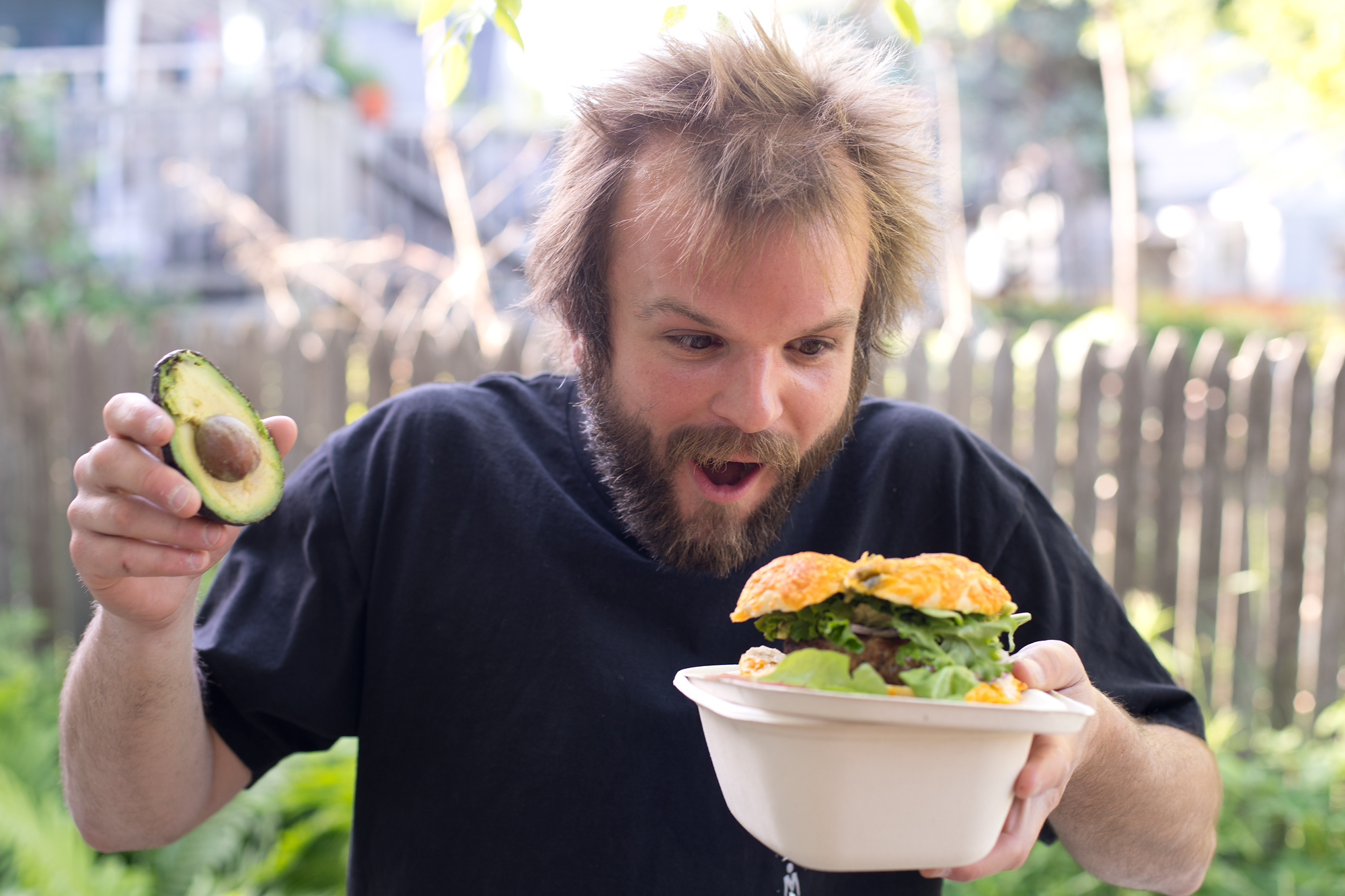 This is Max. Max is really proud of his hamburger concoction. He’s got some sort of cheese/jalapeno bagel that he picked up from the store standing in as a bun. We don’t require strict adherence to grilling standards in the backyard. Experimentation is applauded (within reason). 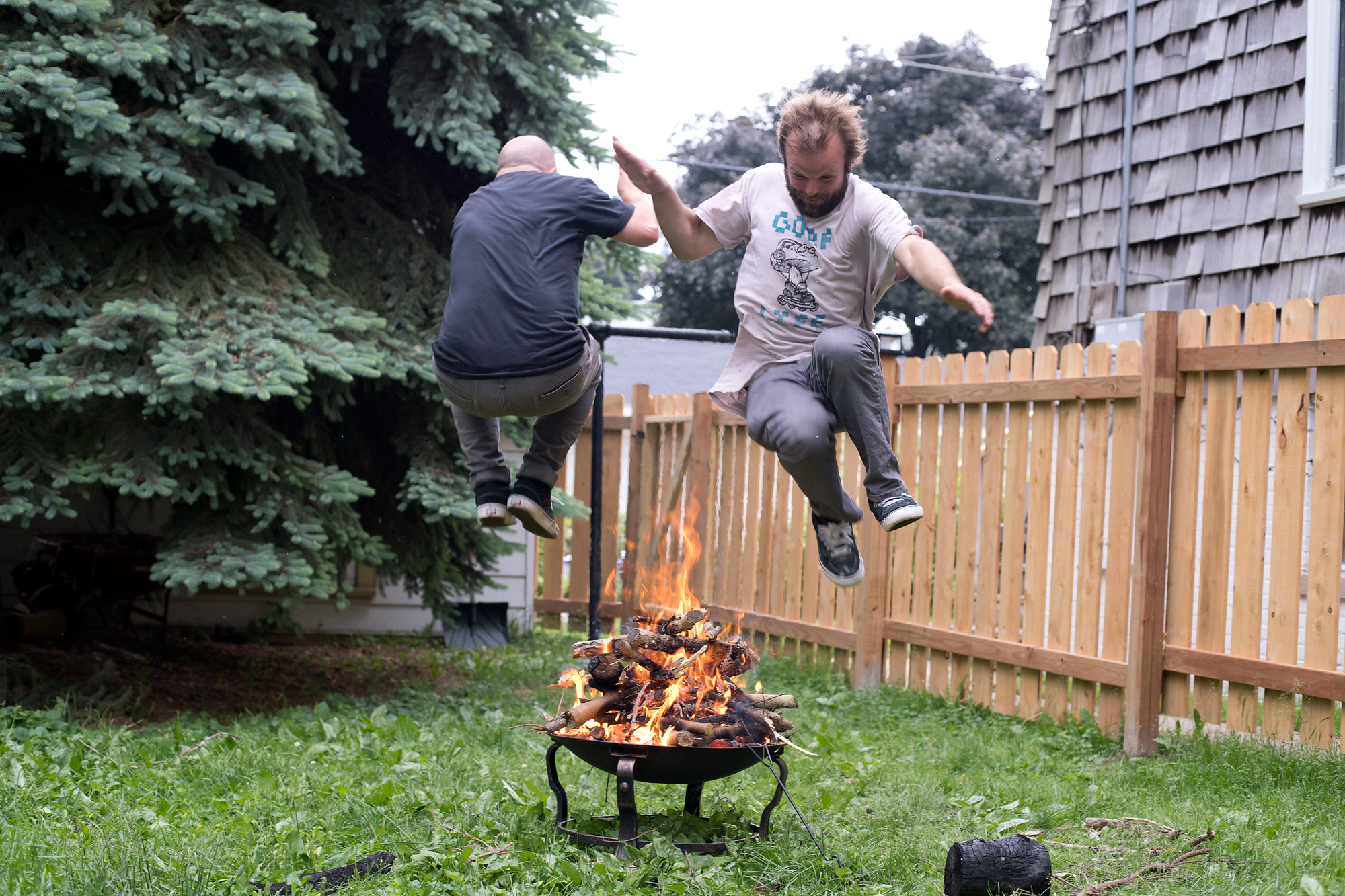 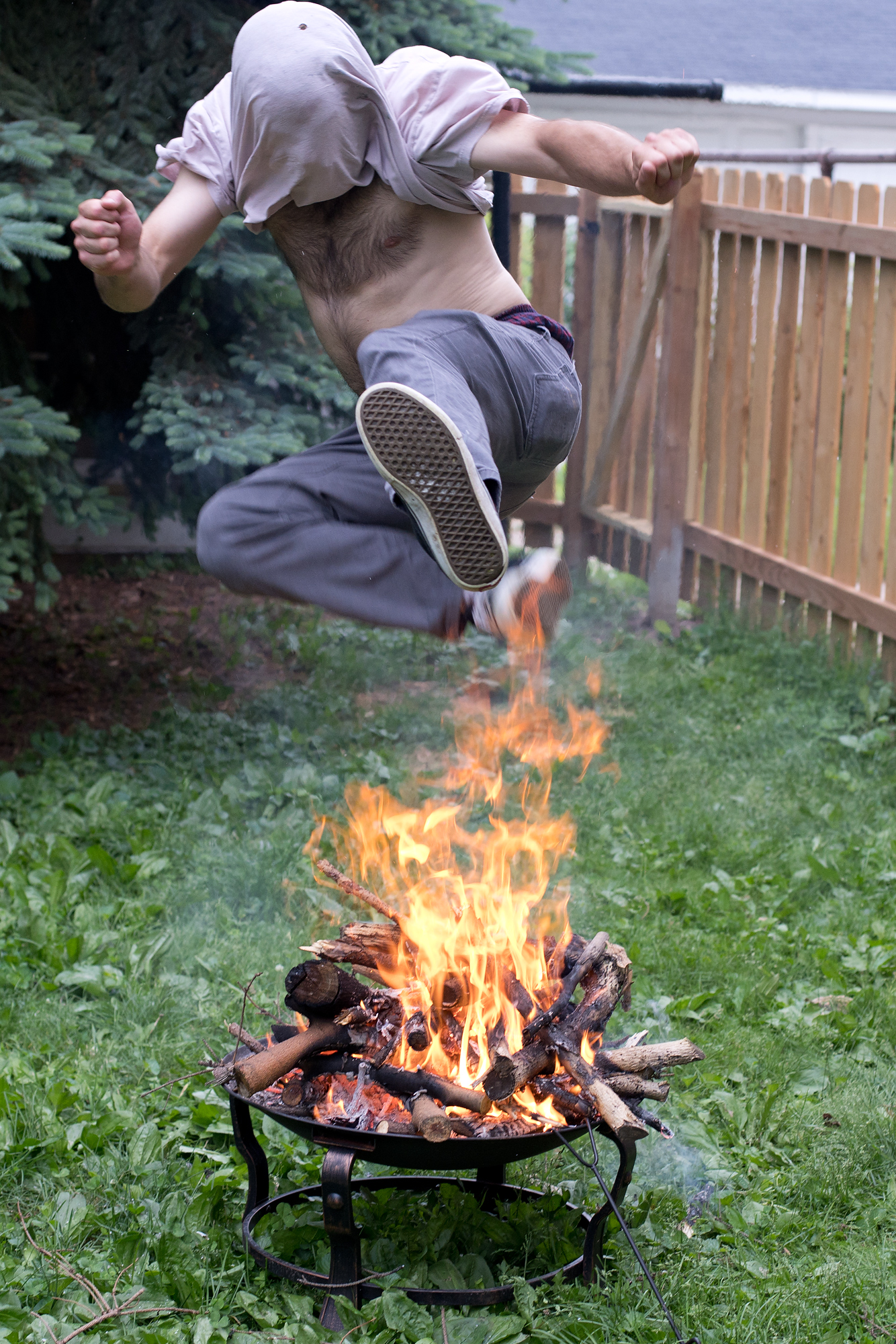 Parkour is a sport(?) invented in France that involves running around to dubstep music. Generally Parkour would be frowned upon, but in this case there was no harm in a little “Jack be Nimble”, and a little M4M high five leap with ‘ol Pizz. (Not pictured: Pizz’s brat fell onto the charcoal and got all dirty. I sprayed his brat off with a hose. Pizzy requires a clean brat. He ate it and proclaimed it was the best brat he’d ever had. Was there some sort of chemical reaction when the brat got hosed down? More research is needed.) 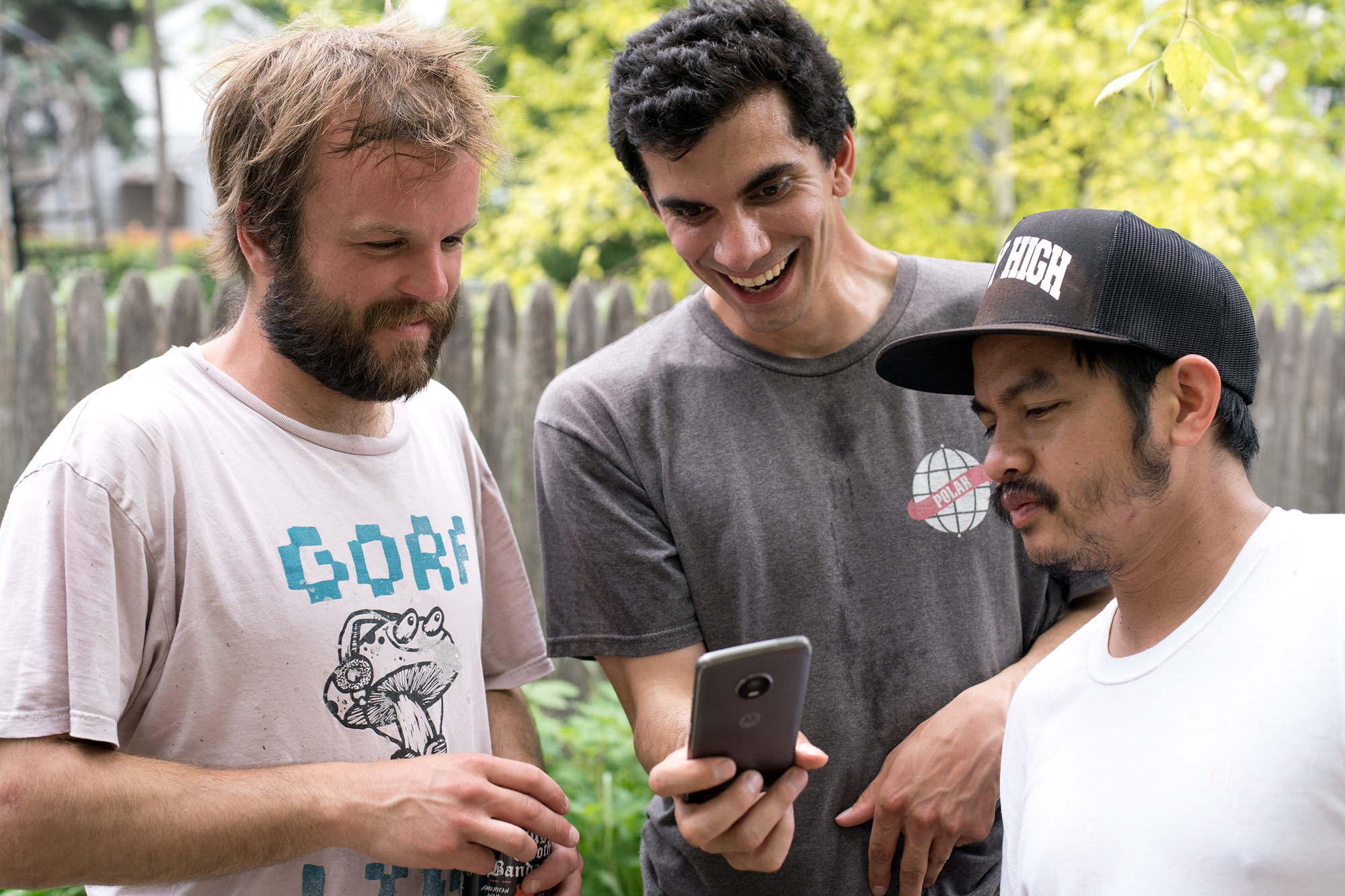 Three men survey the results of the Parkour session. The phone pictured uses Republic Wireless, which is a budget cell phone provider. You should get Republic Wireless if you’re interested in having all of your incoming calls go straight to voicemail, and half of your texts never being delivered. It’s worth it to save the money. 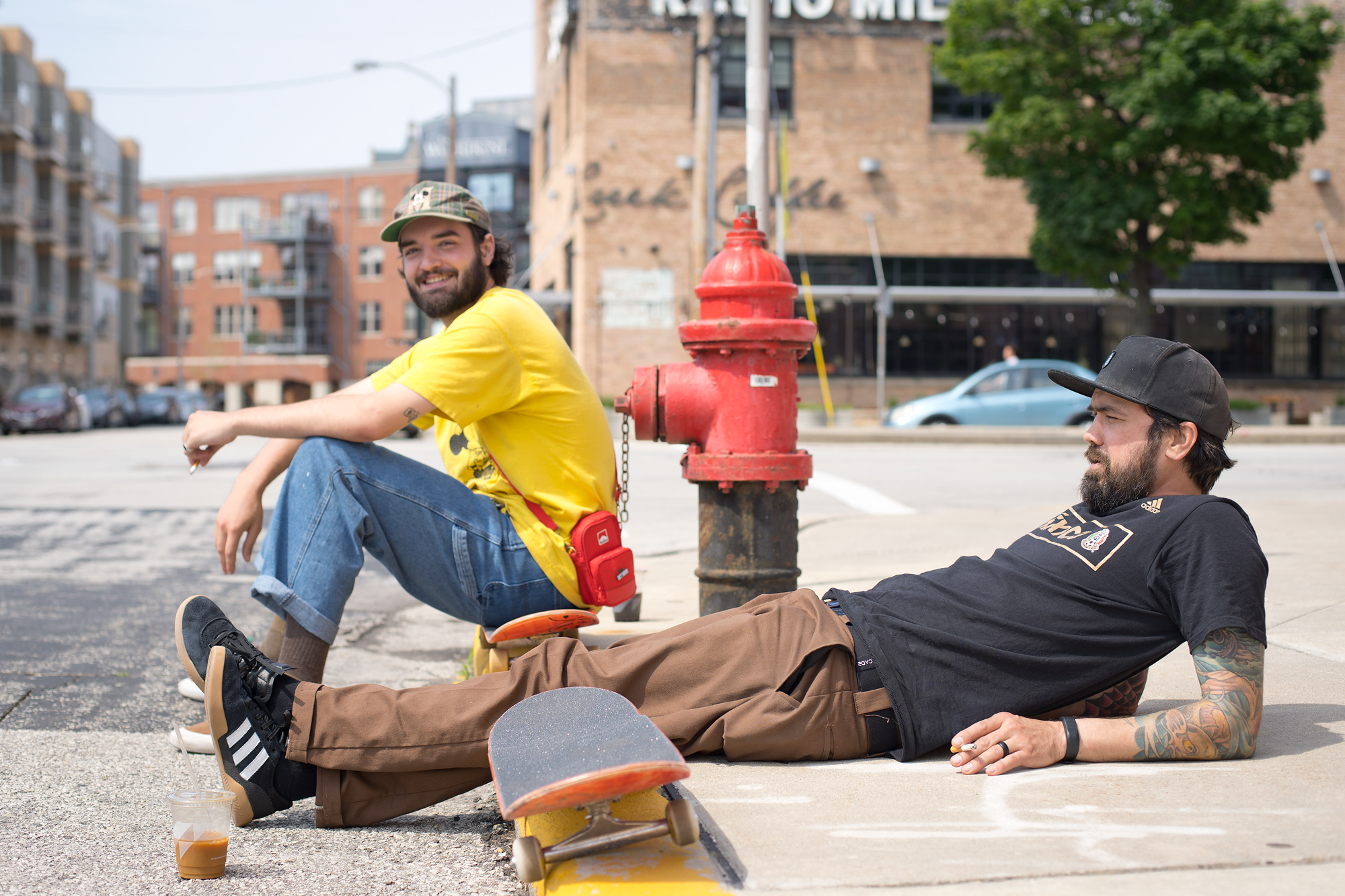 Jacob and John. It’s a problem writing about these guys because on the computer I’m using the “J” key does not work. I always have to search for a file with a “J” in the filename that I can copy and paste. My go-to area to look is the “Completed Videos” folder. Sometimes I’ll Google “ohn McGuire” if I’m having trouble finding a capitalized version. Maybe I should get a new keyboard. I’ve put it off because, names excluded, you don’t actually need to use the letter very much. 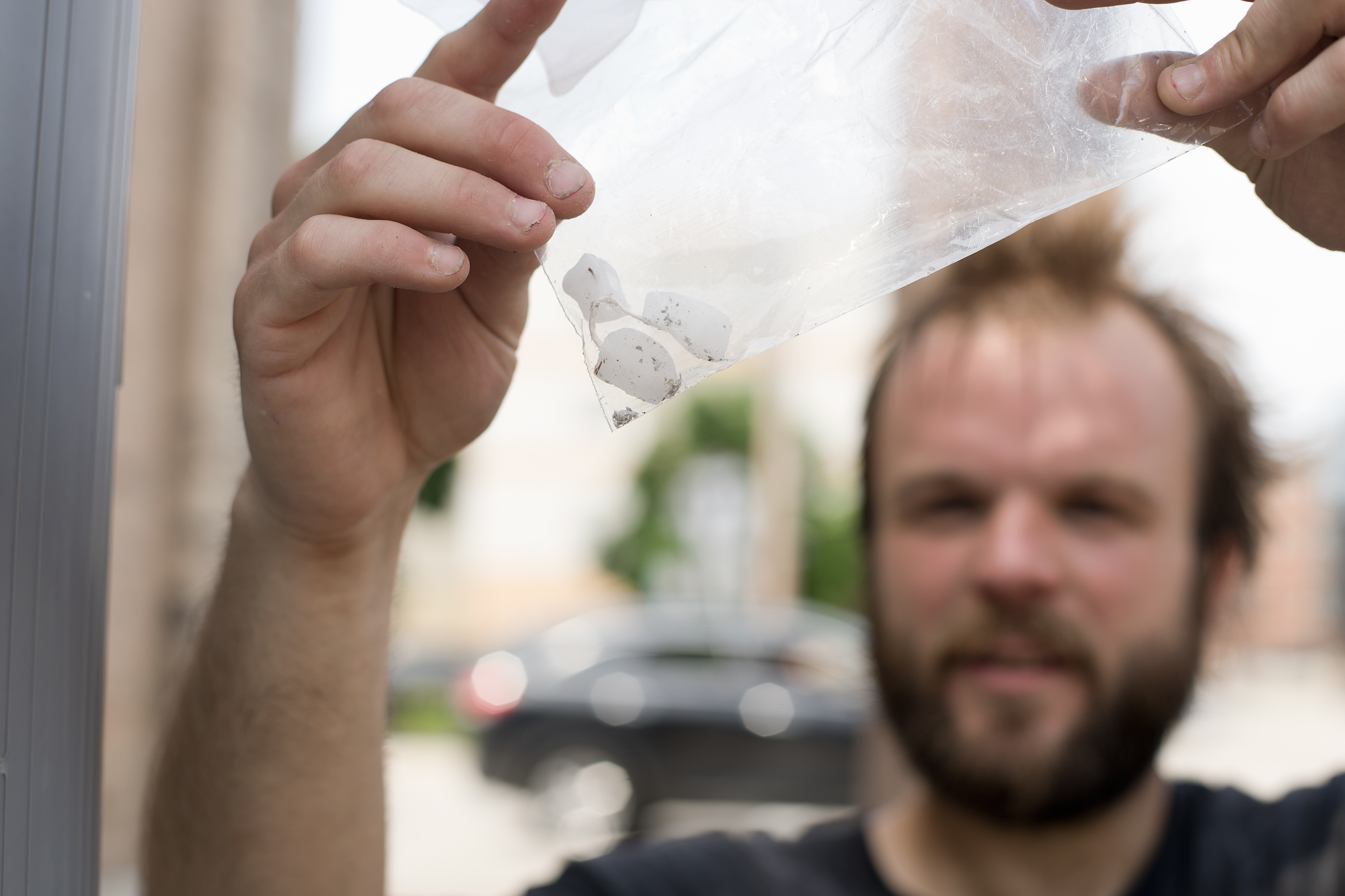 Somebody had found some new ledges this weekend, wax was in a short supply. Gabe had this tiny satchel of crack rocks, and that was about it. The ledge really had to be seasoned in a well thought out manner, otherwise the tiny supply would be wasted. 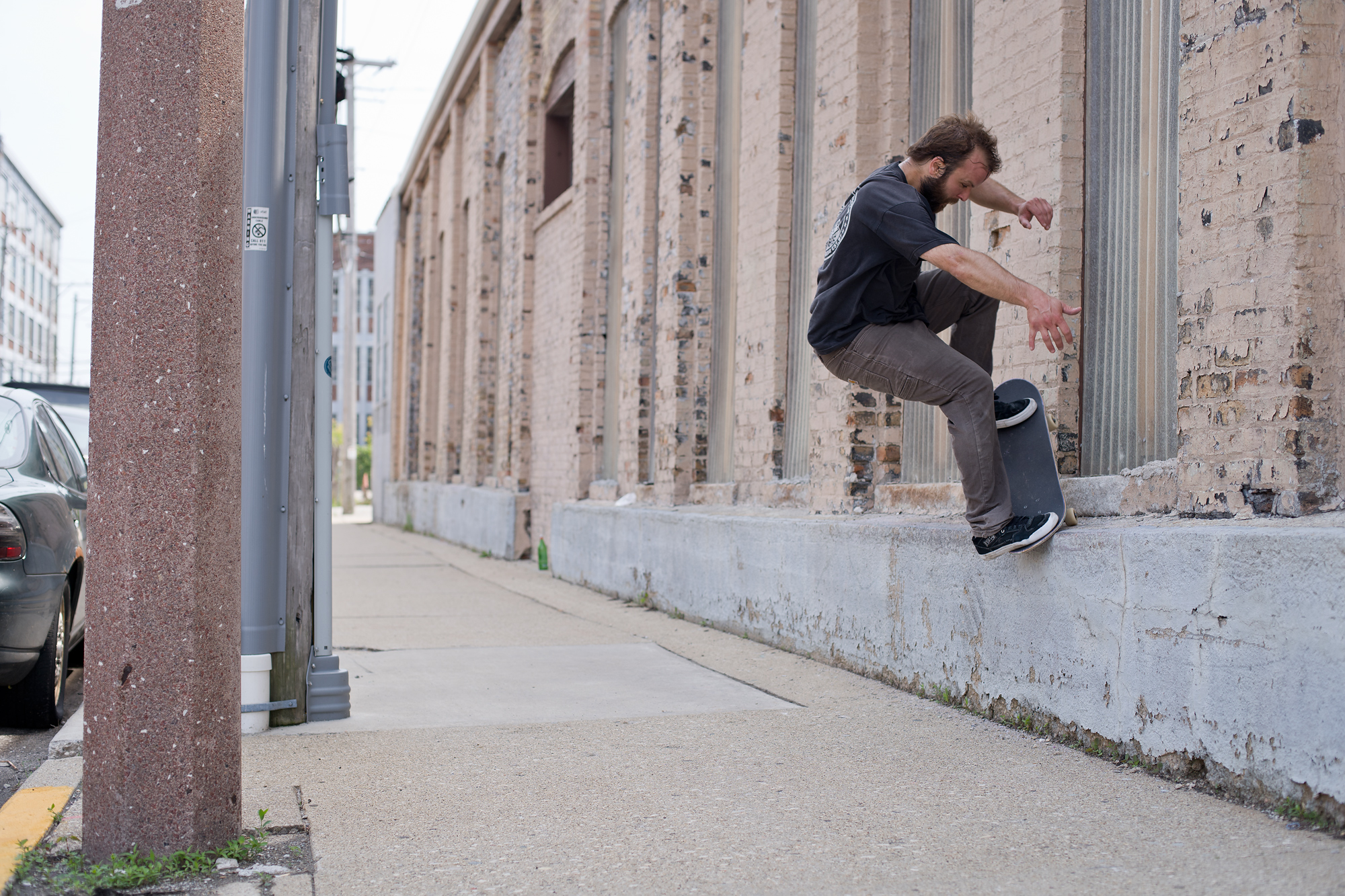 Max didn’t have much trouble with the wax situation on this nosegrind. I find this to be a pretty forgiving maneuver when it comes to the wax required to get it to grind. 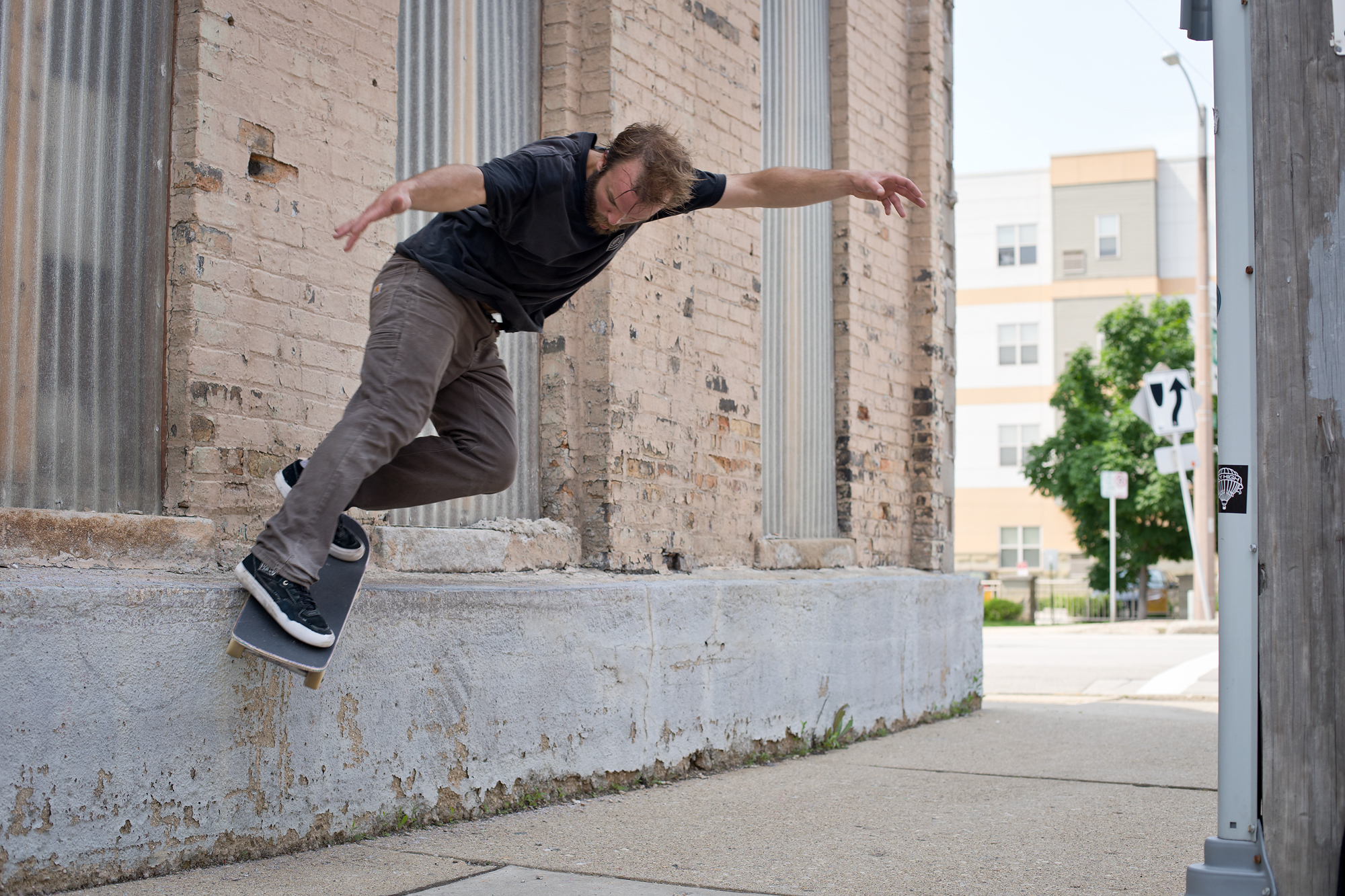 On the other hand, a backside smith is defcon 5 when it comes to required wax coverage. Those nuggets of wax were doled sparingly in an extremely calculated fashion, akin to how one might move his queen in a tense game of chess. After many tries with the kingpin brake being applied, one finally grinded, and Max rode away triumphantly. 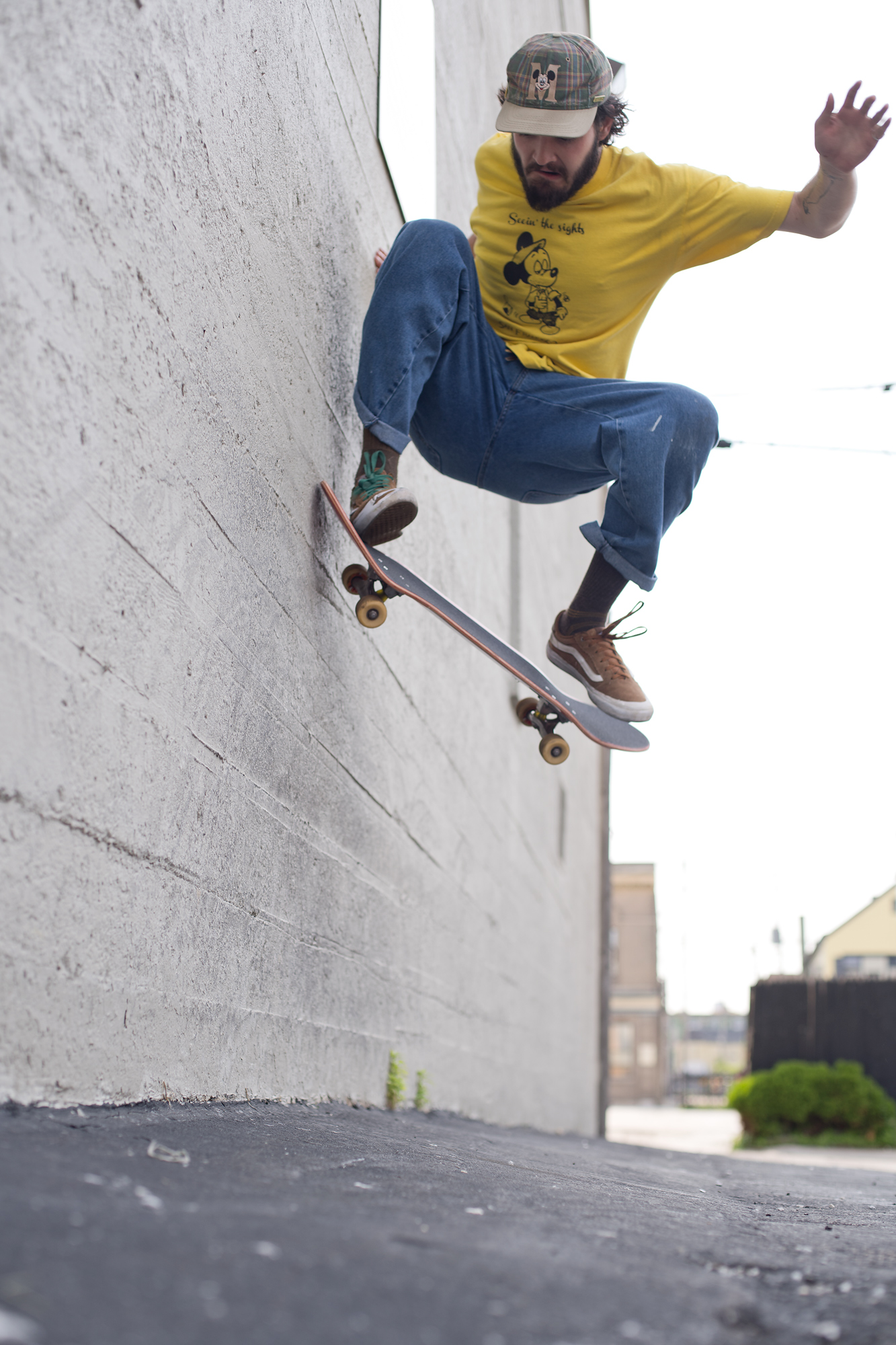 Jabob with a wallride nollie. He did between 16 and 70 of these. It’s kind of a hard trick to time a photo of. He also almost murdered me with his skateboard while I took this photo. Once, about 15 years ago, I was filming Pizzy at those dumb green tennis courts at Marquette. Pizzy was going for it, with speed and intent, and somehow I didn’t notice a giant stick (I imagine it more like a tree trunk this many years on) directly in my path. When you’re falling while holding an expensive camera, somehow your instincts for self preservation go right out the window and your main instinct is to try to save the camera. It’s crazy how 1000s of years of evolution can be ignored to try to protect some consumer electronics (more research needed). While saving the camera I hyper extended my arm really bad, and I had to film switch the rest of that summer. The shoulder sometimes still bothers me to this day. 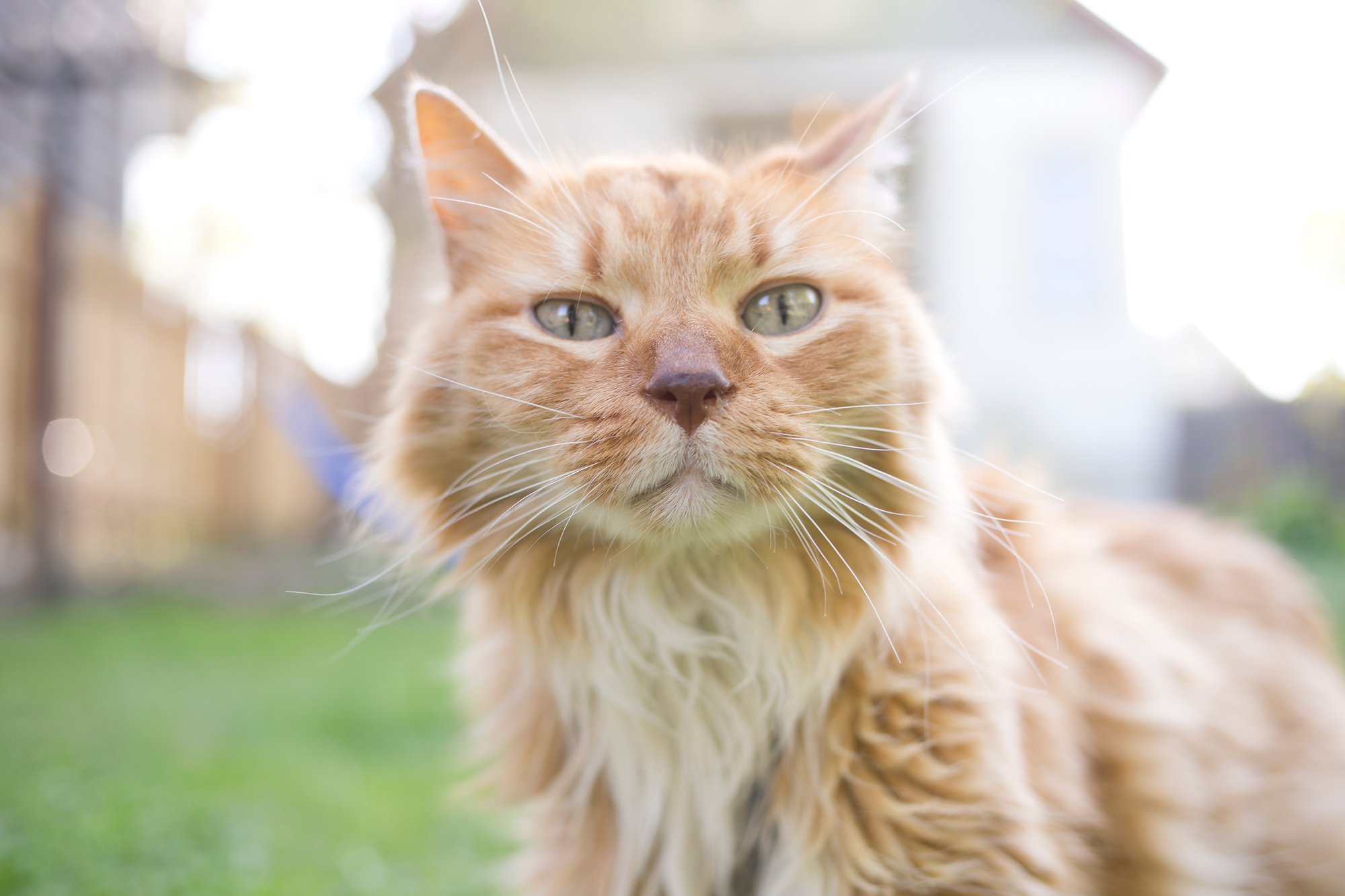 Finally, we must say goodbye to a wiskate OG, Elliott. If you peruse the archives, you’ll see he’s been around and featured on the site forever. You might get the wrong idea that his primary use was to appear in weird photographs. He actually in reality was a normal cat most of the time. He was really getting up there in age, and had been quite sick the last few months. Pour out some of your squirreled away original recipe Sparks for the dude. He deserves it. He’s also the reason this keyboard doesn’t have a working “J” key, he knocked some crap off a shelf onto it. So maybe I won’t ever fix it, an annoying keepsake from a cool dude.

Compiled footage from several insta clips. Is that cheating? Is it allowable? It’s 2018, we get 1% of the traffic we got in 2003. I don’t think it matters. 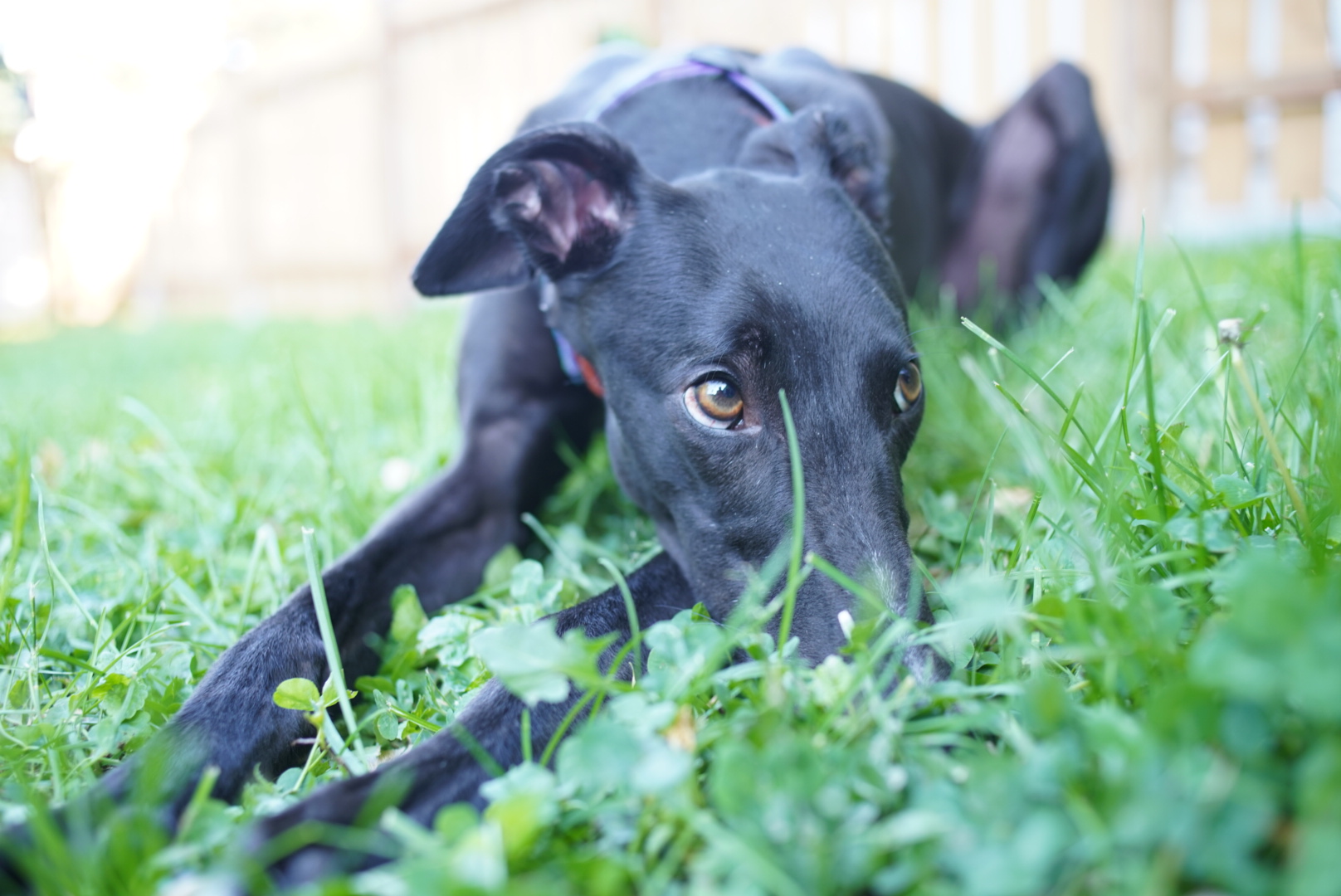 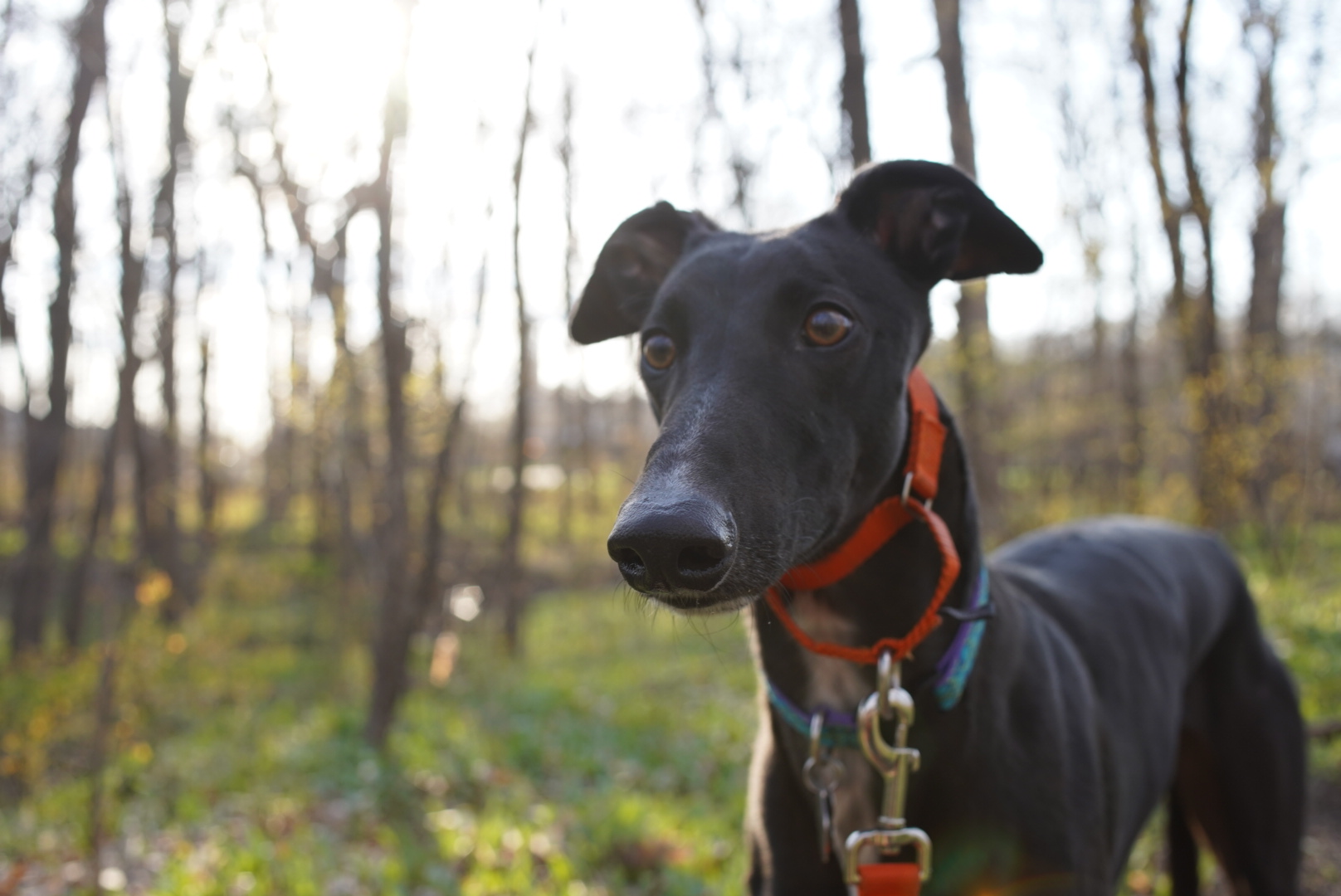 The first thing I shoot with a new camera, and there’s crud on the lens. How embarrassing. With Max Murphy and Rory Morgan. 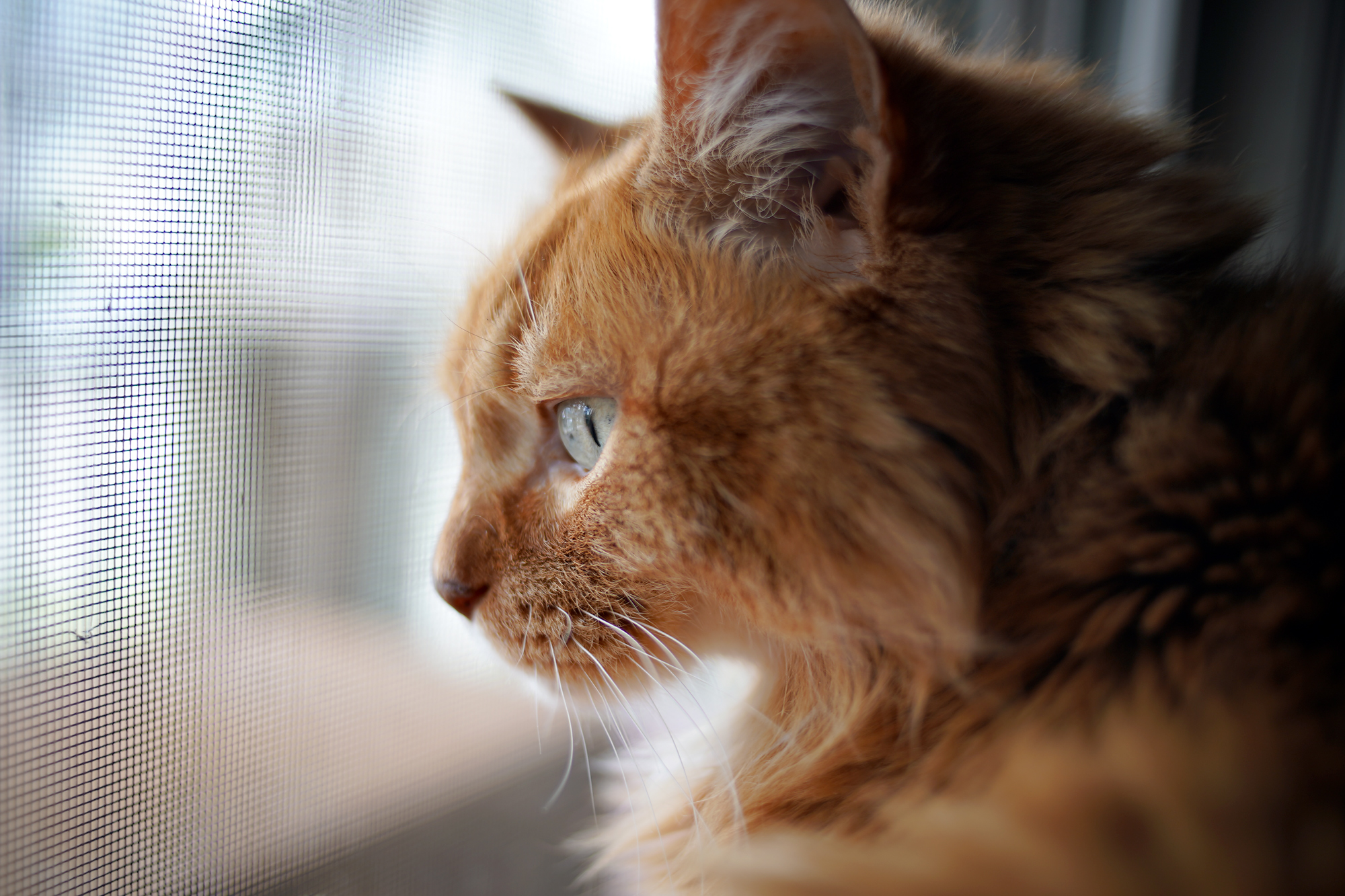