“I Already Used That Song 15 Years Ago, Guy”

America’s birthday! Nothing says “USA!” like dogs, Odouls, and Zima. 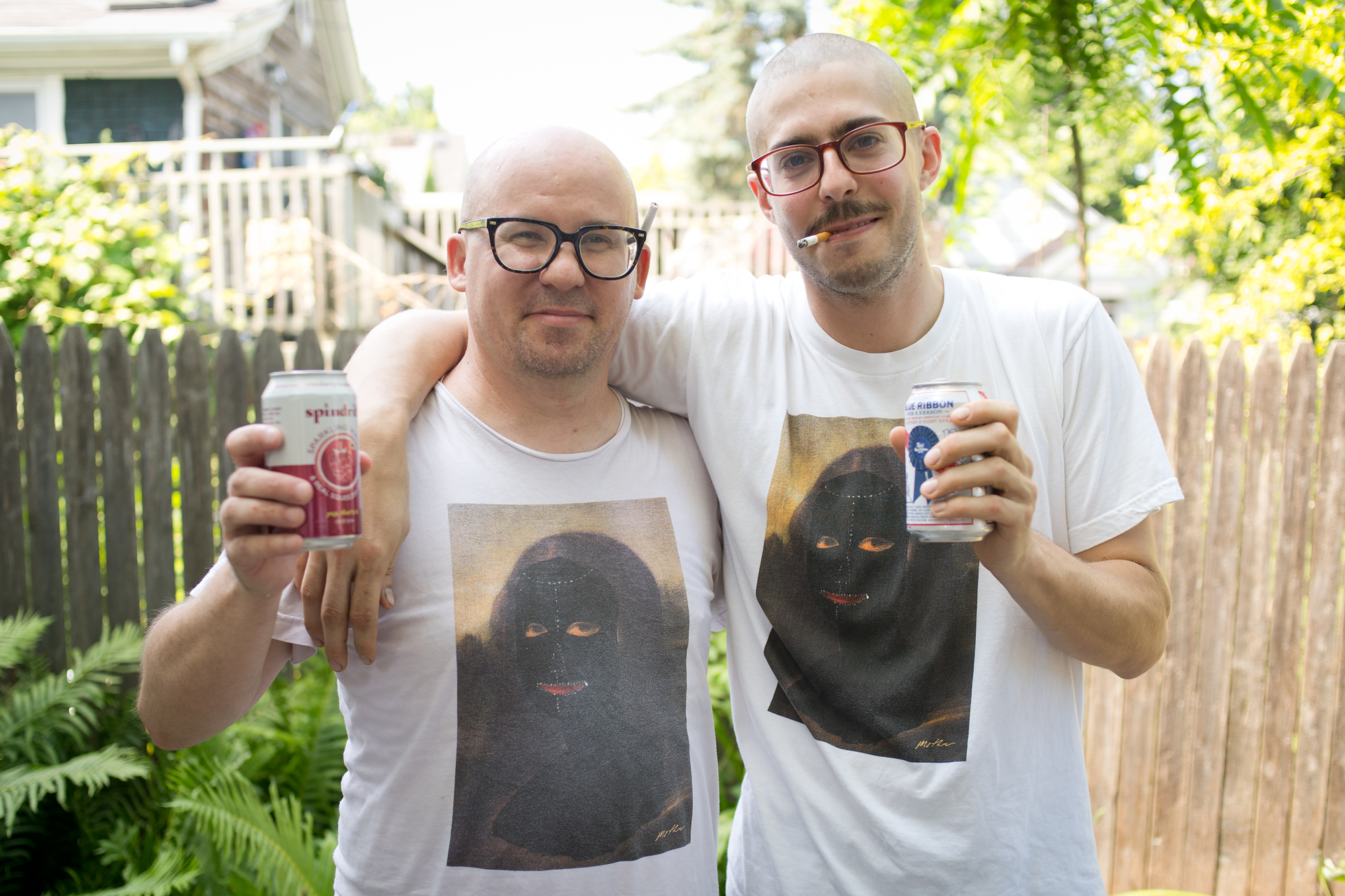 Brothas from different mothas! Pizz and Chase twinned it up at this years BBQ. “No time for slippin’!” It’s unknown if they communicated the wardrobe situation before hand or not, but Pizzy did take up smoking for the rest of his life to pose for this picture. 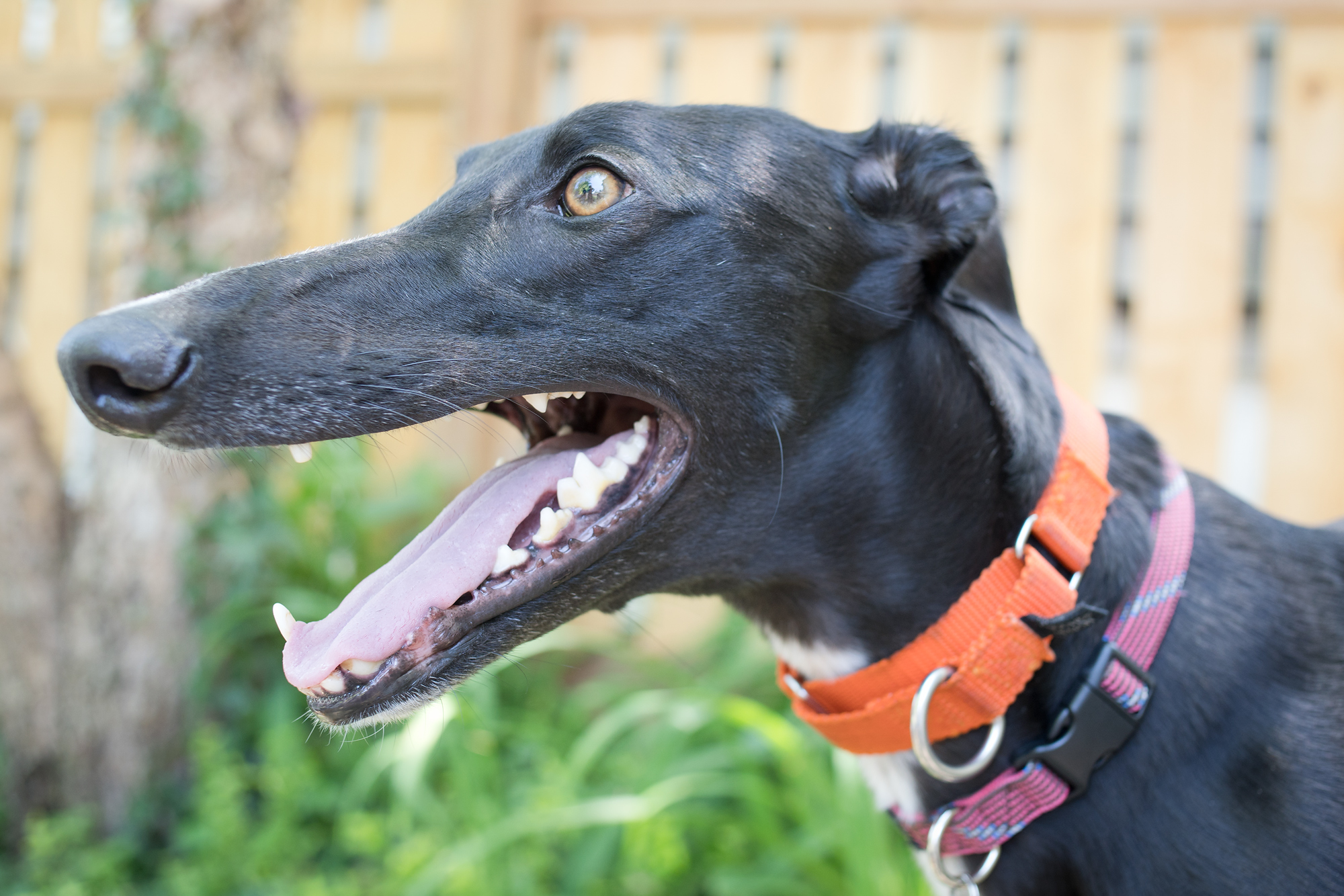 Newcomer on the scene, Francois, was pretty leery of all the celebration, but he did manage to make a few appearances and meet a few dogs. Did you know the French were some of the greatest contributors to our winning the Revolutionary War against those tyrants, the English?? Viva La France! 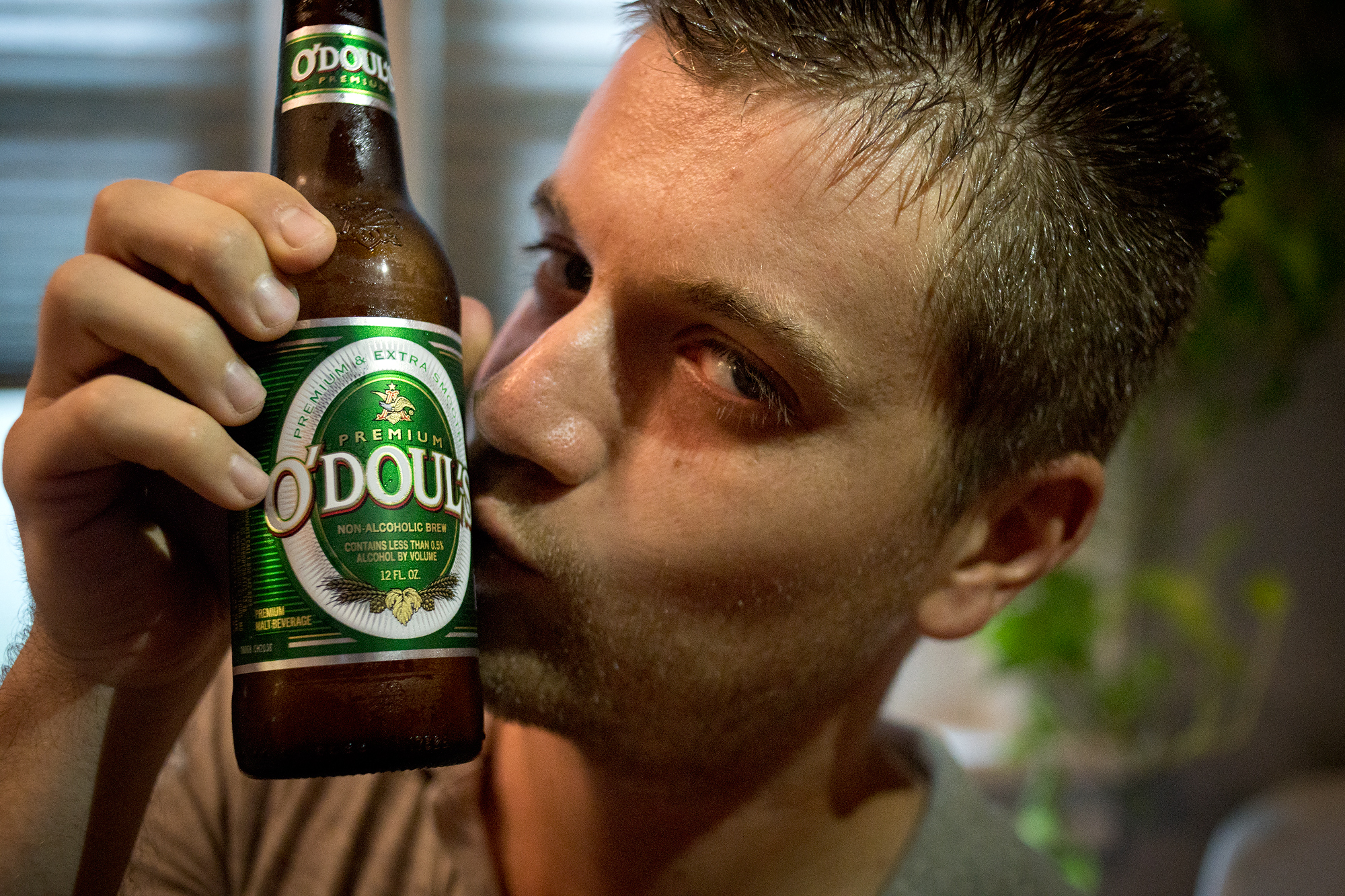 Is NA beer patriotic? Who am I to say? Who are you to say? Patriotism lives in the heart and soul of man. On the way to work the other day I saw a sticker on a car that said “GOD, GUNS, BEARDS”. Is that patriotism? Would god like guns? I suppose he can be pretty vengeful. Though, I suppose it depends if you’re asking Old Testament or New Testament god. Beards, obviously, that goes without saying. But do these things actually have anything to do with America? Some might say yes. Some might say no. 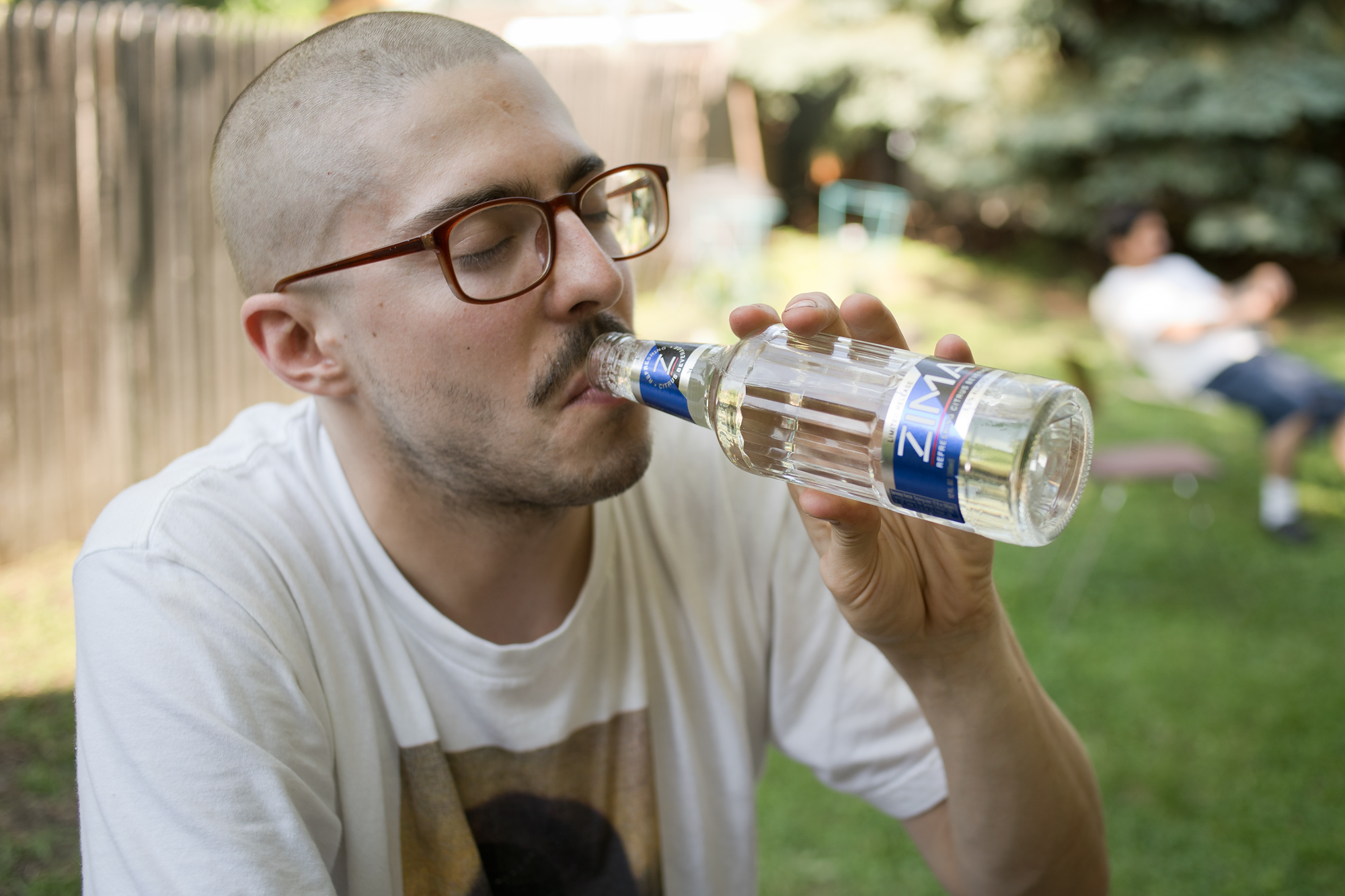 The last time I tasted Zima was probably 1994, Allison A’s party in the subdivision near the grade school. Probably threw back 1.5 of those babies and was feelin’ fine! It was great to relive those times gone by. Pre internet. Pre juuling. My keyboard still does not have a working “j” key, so I had to google “uuling” and use the copy and paste feature of my computer.

After all of that celebrating, I suppose it was time to skate. 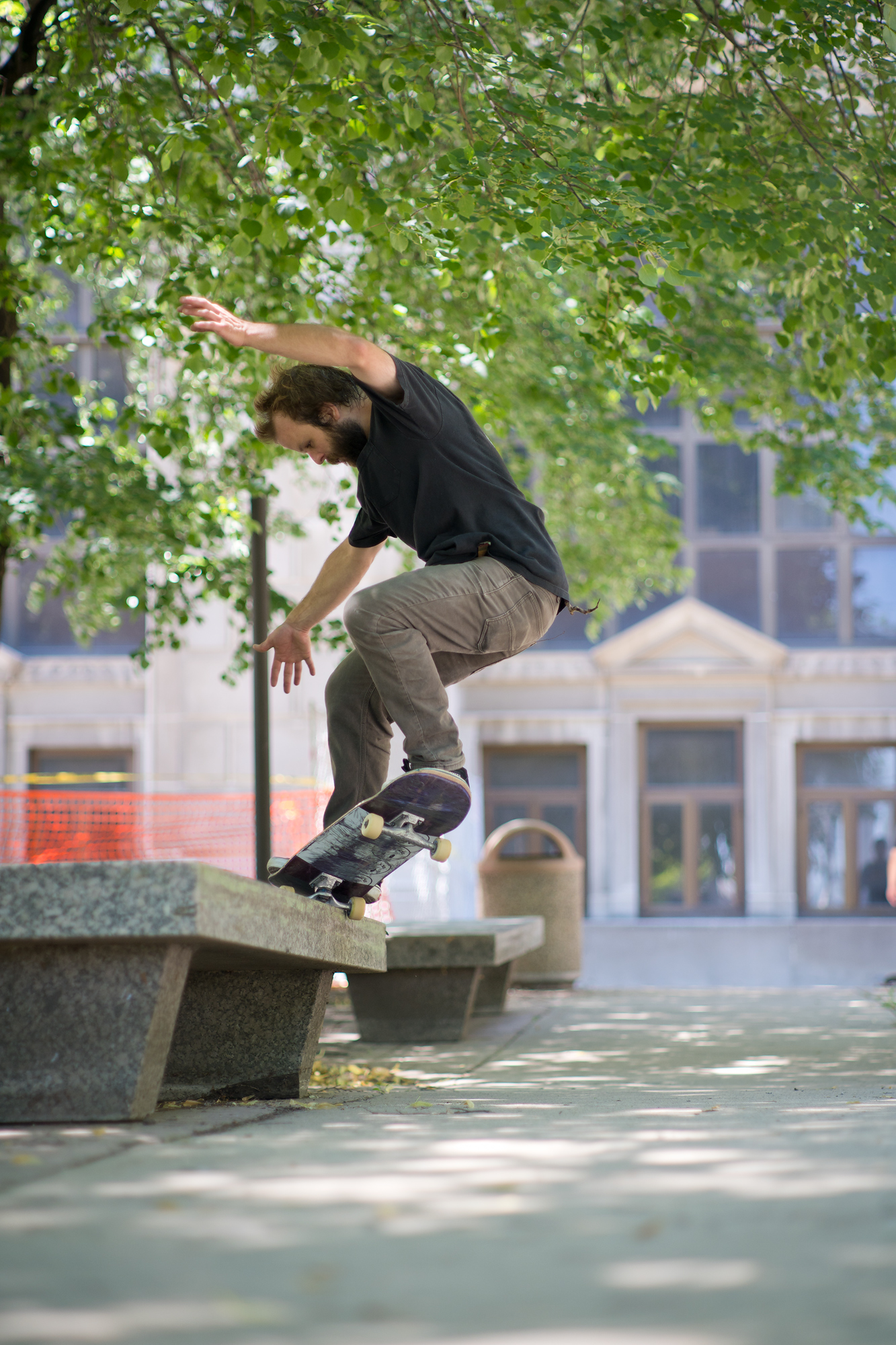 Max was on a tear. He had already been doing scores of frontside crooked grinds before I arrived. He continued doing them for photos, like the one shown above. About two hours later he decided he’d film a line starting with a frontside crook. He couldn’t do it anymore. The moral of the story is, save your frontside crooks like you might save quarters your grandma sends you on your birthday. You might never know when you will need them. 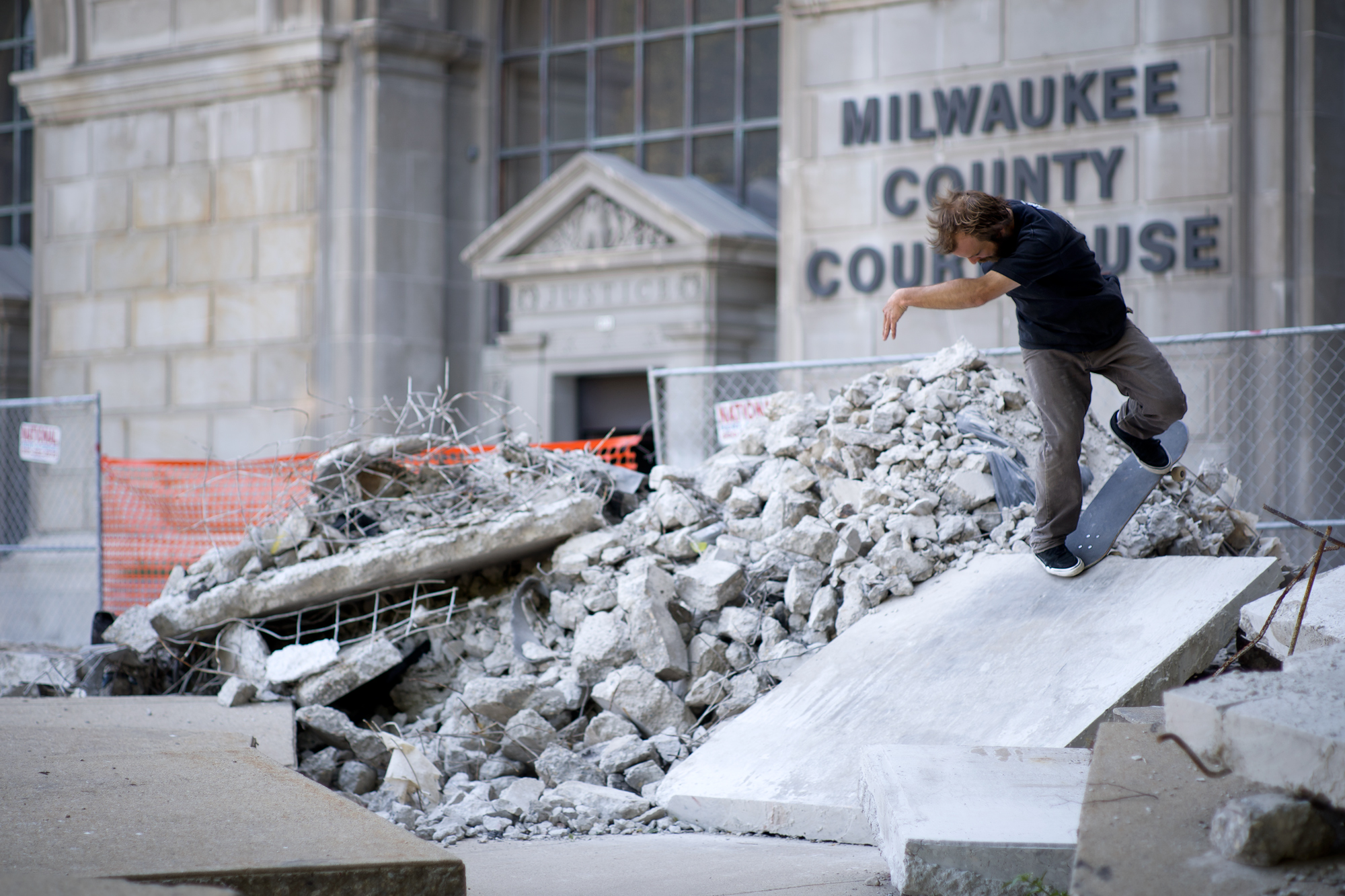 Is this a reflection of the state of our society? Can a skate photo be ART? I think it’s probably only a picture of Max doing a backside noseblunt near some rubble. It’s pretty neat he was able to do this, as you might have noticed, you have to ollie onto that slab first, thus making the trick much more difficult. 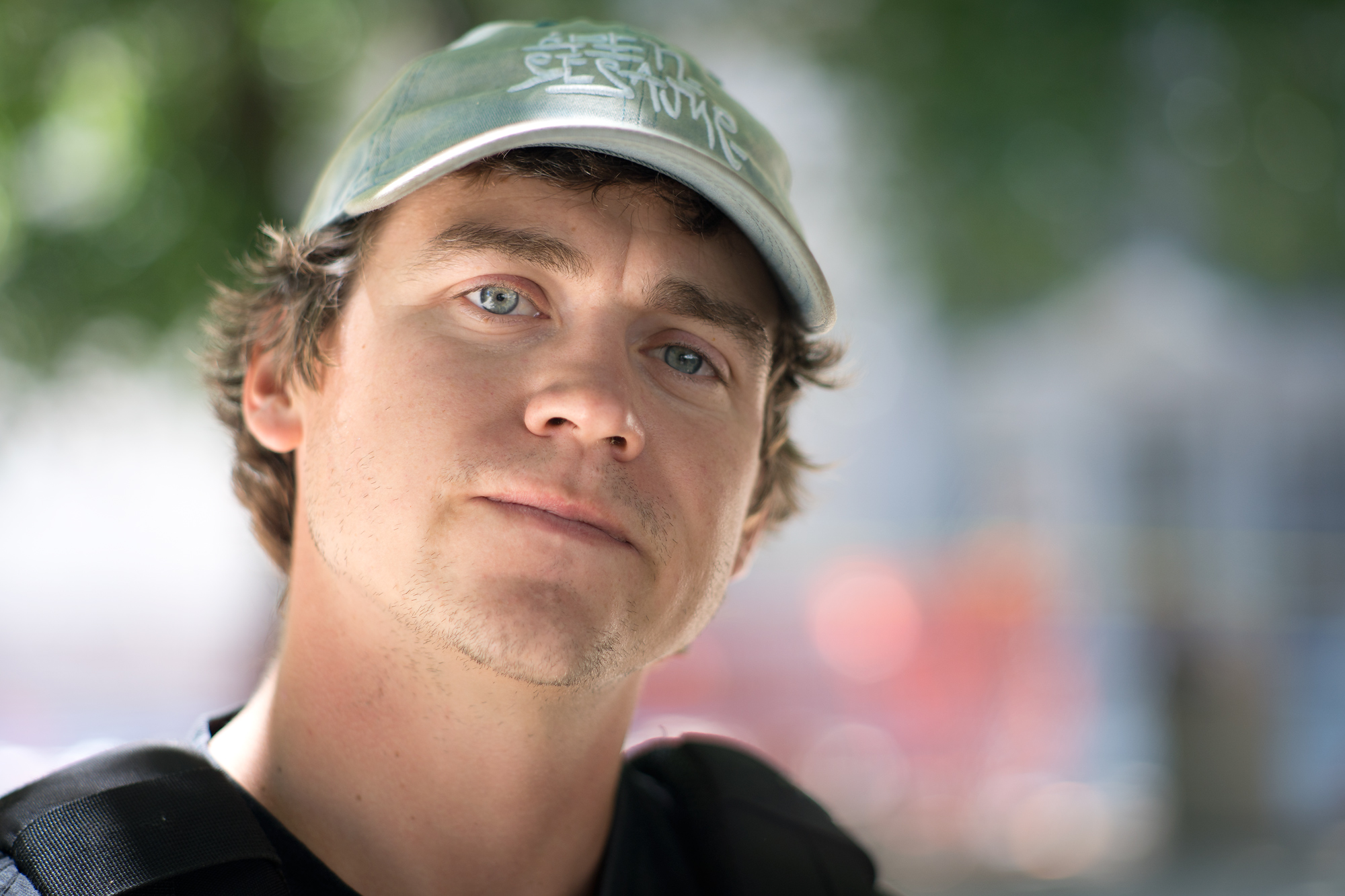 Sleepy was recently featured on Instagram looking particularly GQ. Does he have a future as a male model? 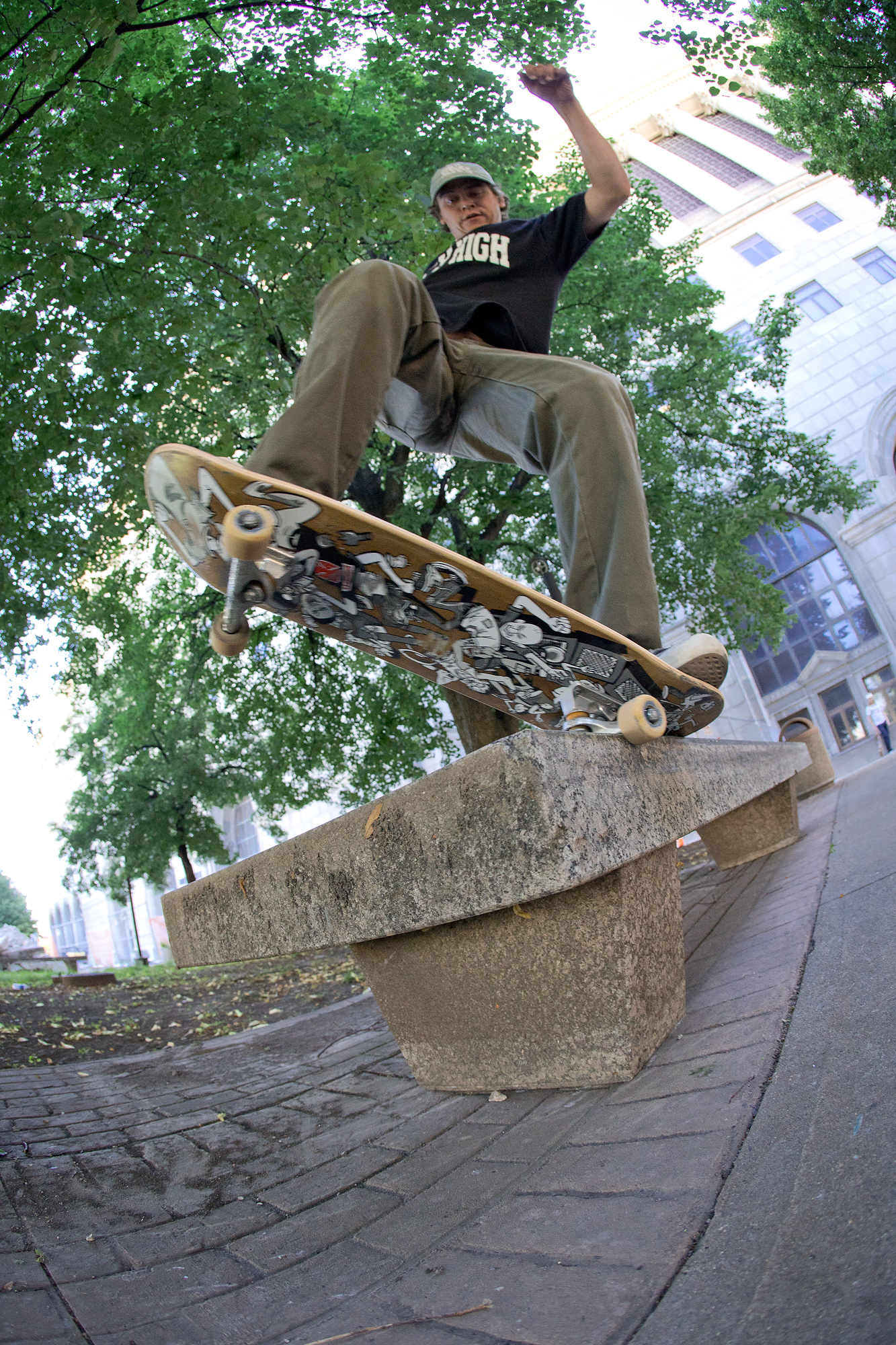 Sleepy was taking this backside 180 nosegrind coast to coast, and then to everyones surprise, added a 180 out. I had to get super close for my attempt at a Slap style photo, and it made me very scared. But everything worked out in the end, and my safety remained intact. 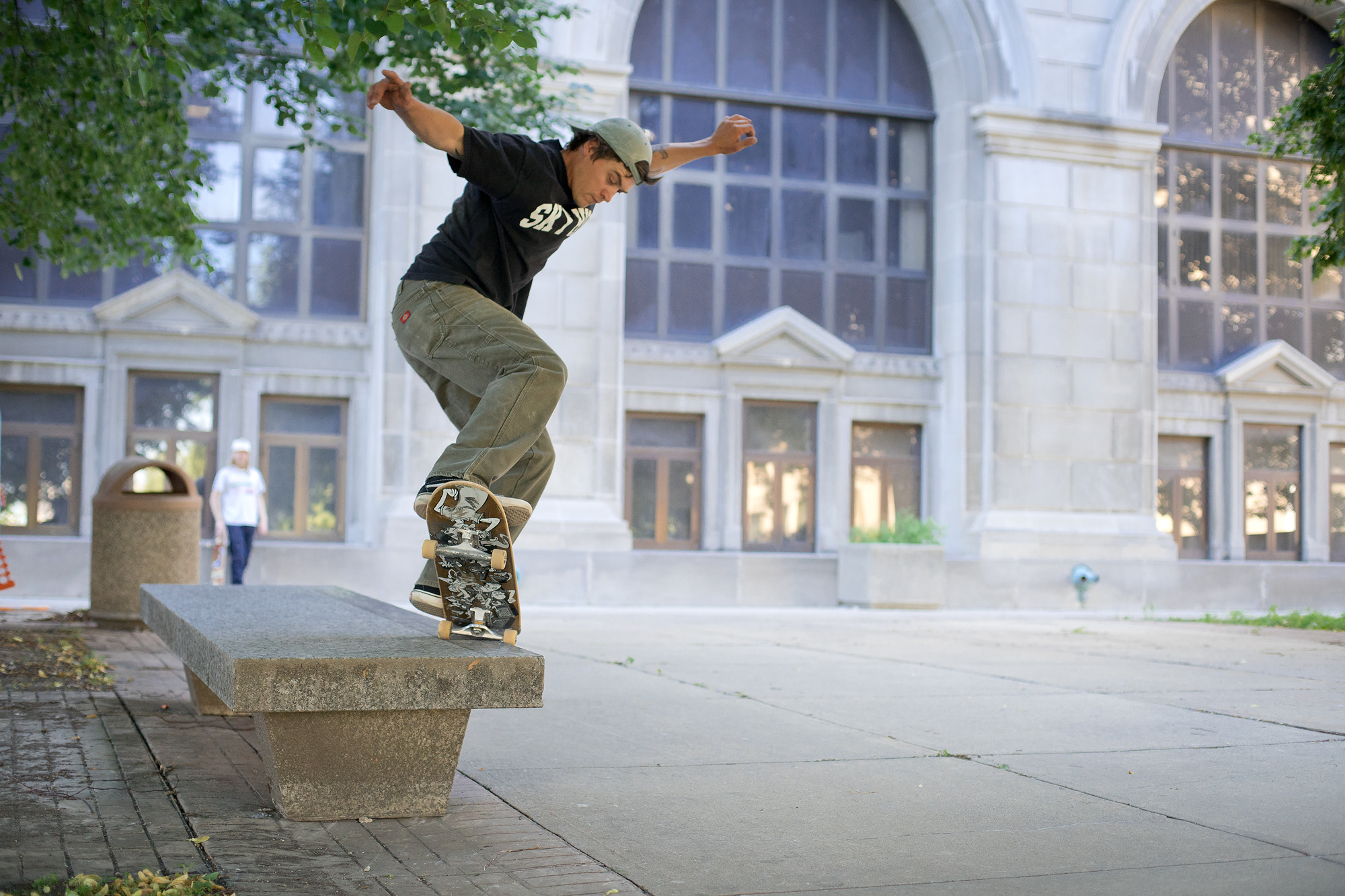 Here’s a picture from a far away camera of the same trick. I’ve been using this really old 85mm manual focus Nikon lens, and its quite enjoyable. The contrast is really low, probably due to the crappy lens coating of the era, but it looks pretty nice. 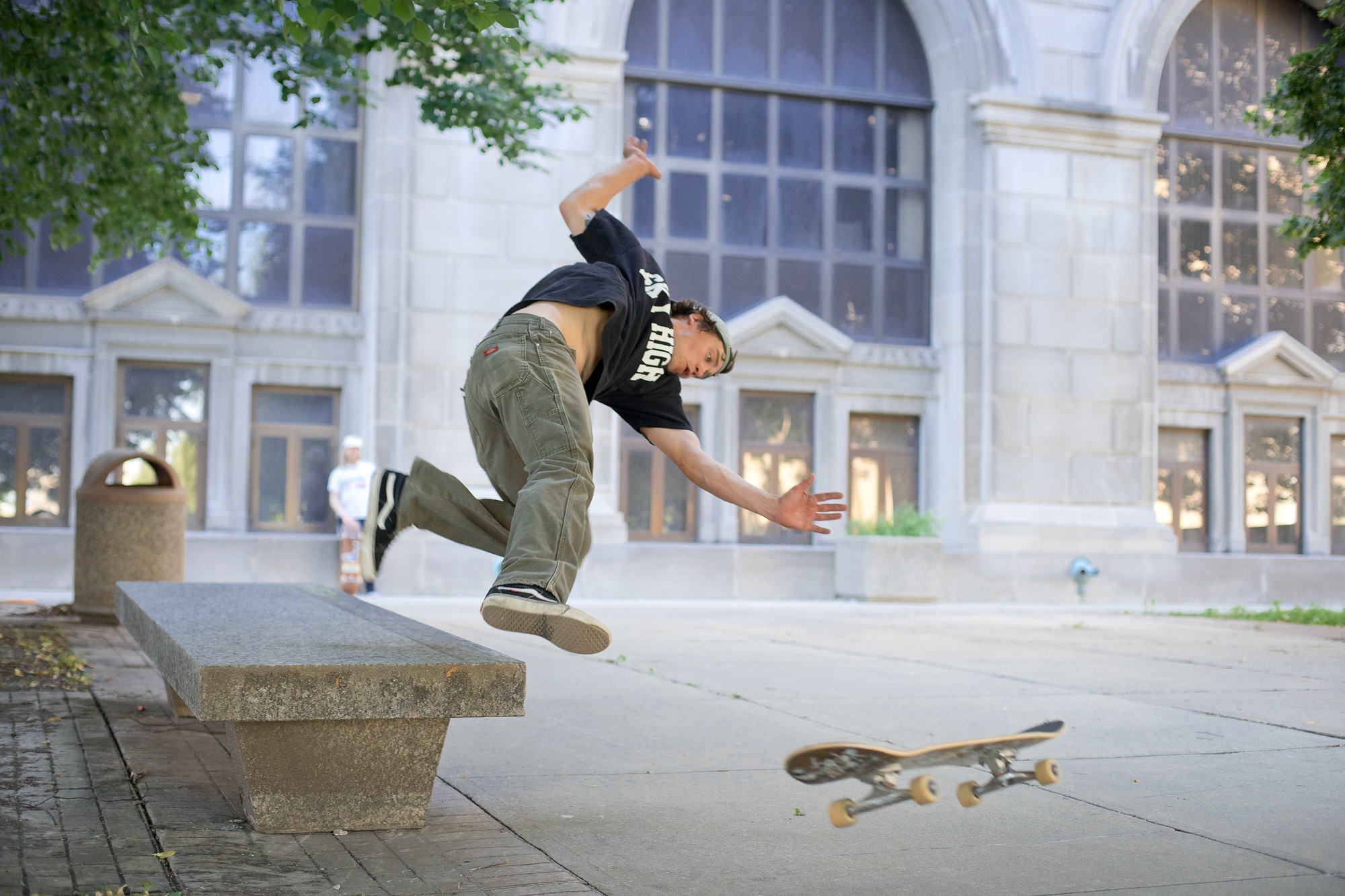 If I had been in Slap position during this naughty flat line, I’d be writing this from my grave. My S/O would be rich from my life insurance pay out. My dog could afford college. 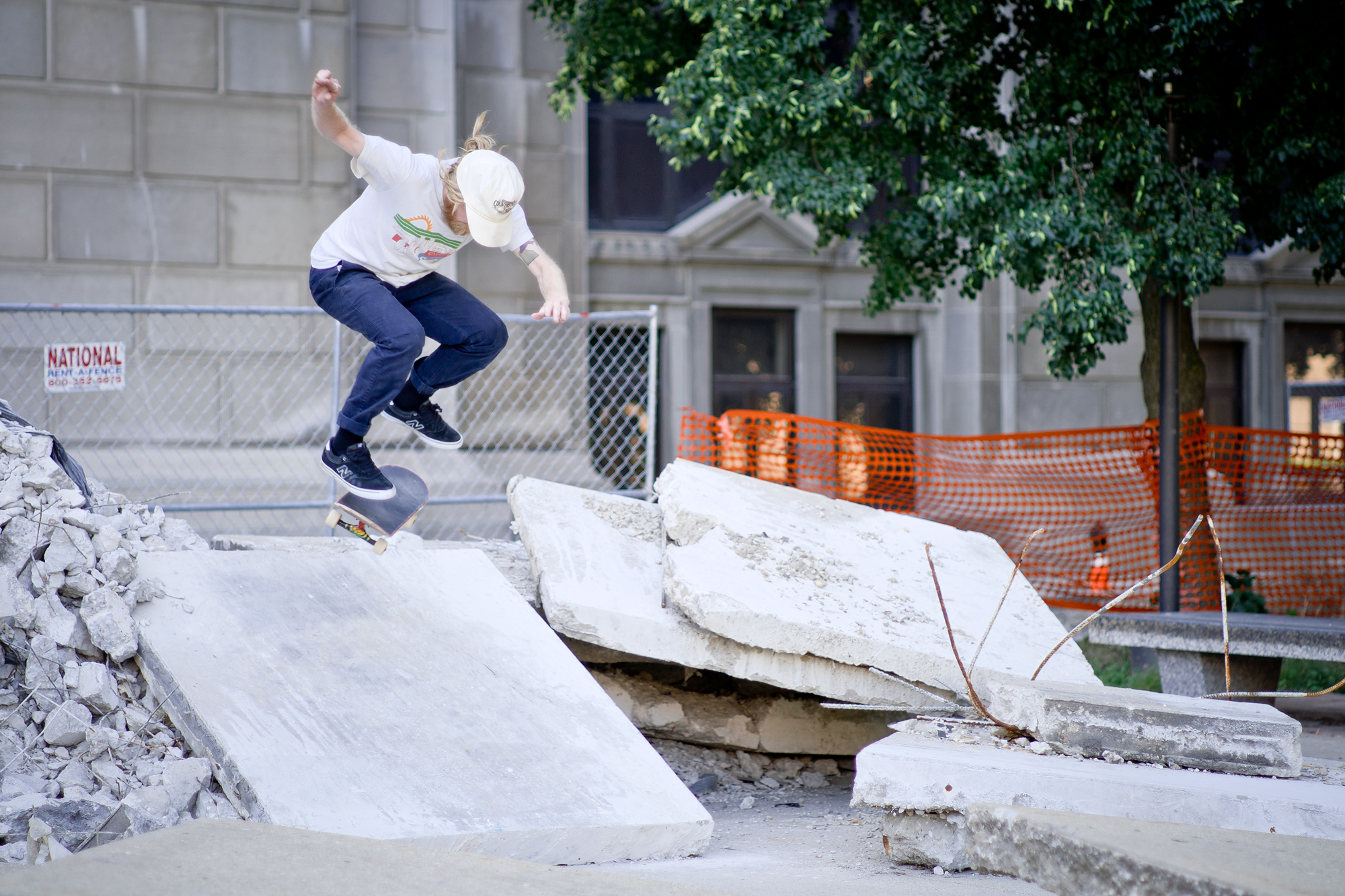 Hanley Juke arrived and wasted no time doing several of these nollie backside flips. He wasn’t impressed with himself though, “that’s my go-to”. I told him it’s a nice go-to. Then we hugged. 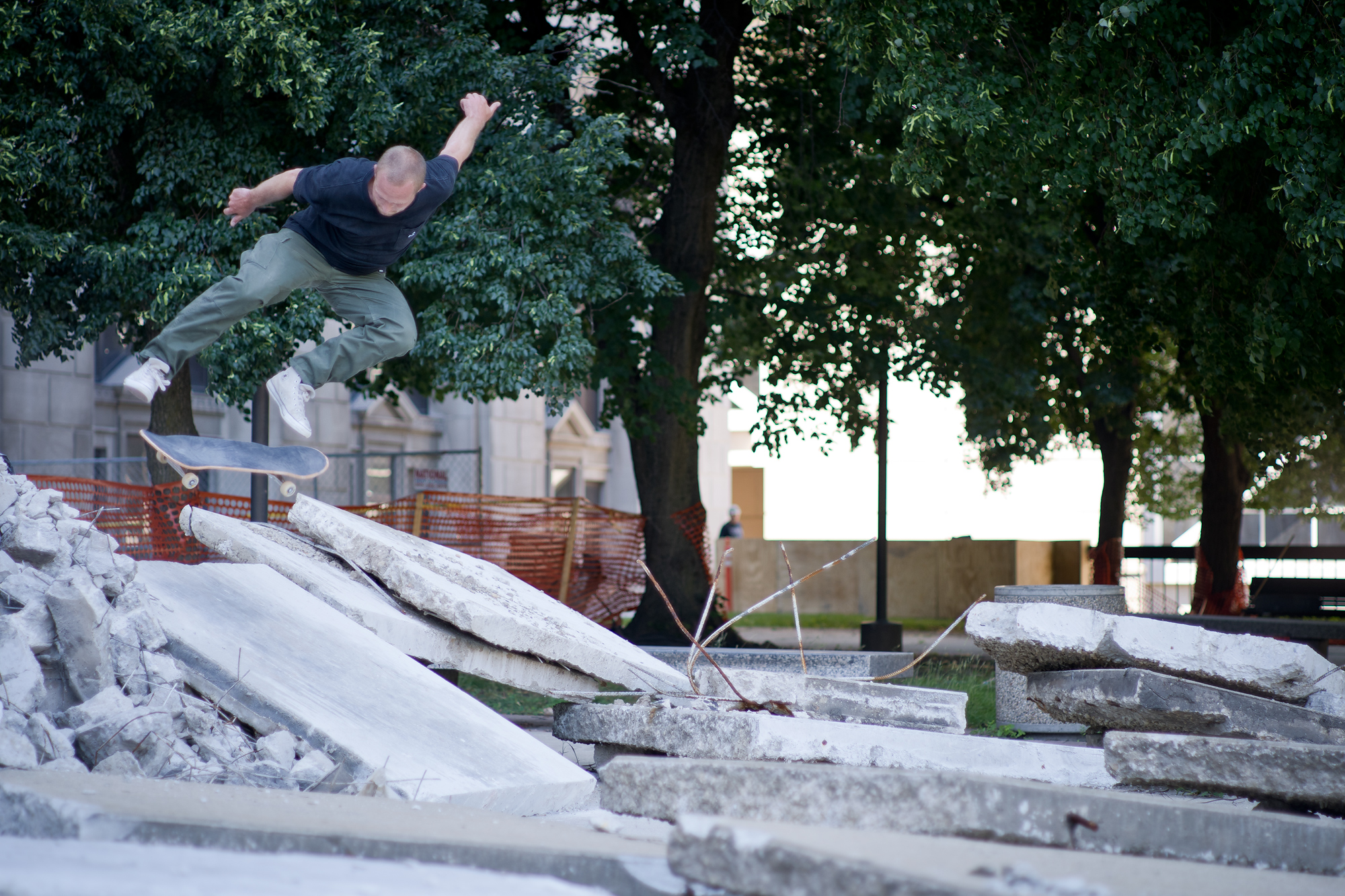 Rick Nasty did a little work on this backside flip. He wanted to give up a few times, but he persevered and in the end felt success. Now that is the American Dream. Literal boot strap pulling. 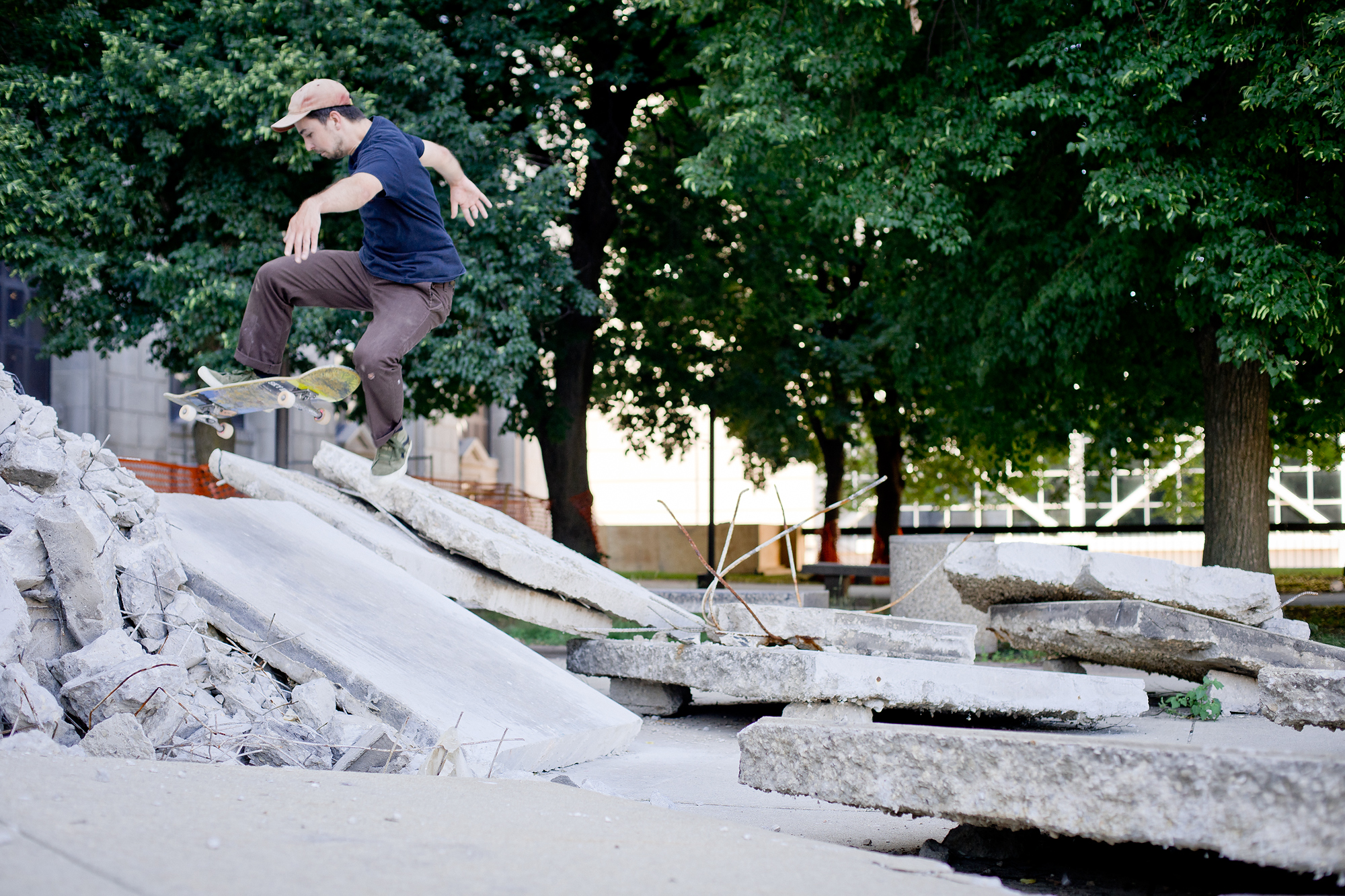 Finally, Brick was sitting off to the side, unsure of himself. I think maybe he had some low “T”. He must have visited New Male, because he busted a nice no comply and everyone was happy. The end.