I have to admit, I am a bit worried about my fellow members of the triumvirate that have made the trip to New York. I know that even the slightest exposure to such culture can make even the most dirty, sloppy man into a flaming metrosexual. Pat I am not too worried about. And James, well, it’s a little too late for him (I.E.- secret visits to the Diesel store). But it’s Josh. He is walking such a thin line, and yesterdays run-in with Boy George could have been motivation for him to cross said line. I hope Pat is keeping an eye out for him.

I wanted to mention that the new Northern Athletik boards are in shops now (at least at Phase II). And also that Bill Kaschner has one with his name on it. Does that mean Bill is pro? I am not sure, but his board is rad and so is he – so go buy one (and then another). 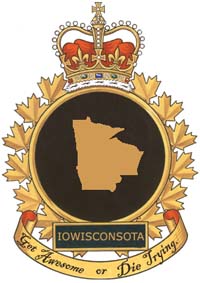