The Fountain From Caligula

Lately, I’ve spent all of my allotted internetting time talking about things that happened in times long past. I’ve completely neglected our current era of disappointment and regret. Here’s some photos taken in the year of our lord, 2018. September. 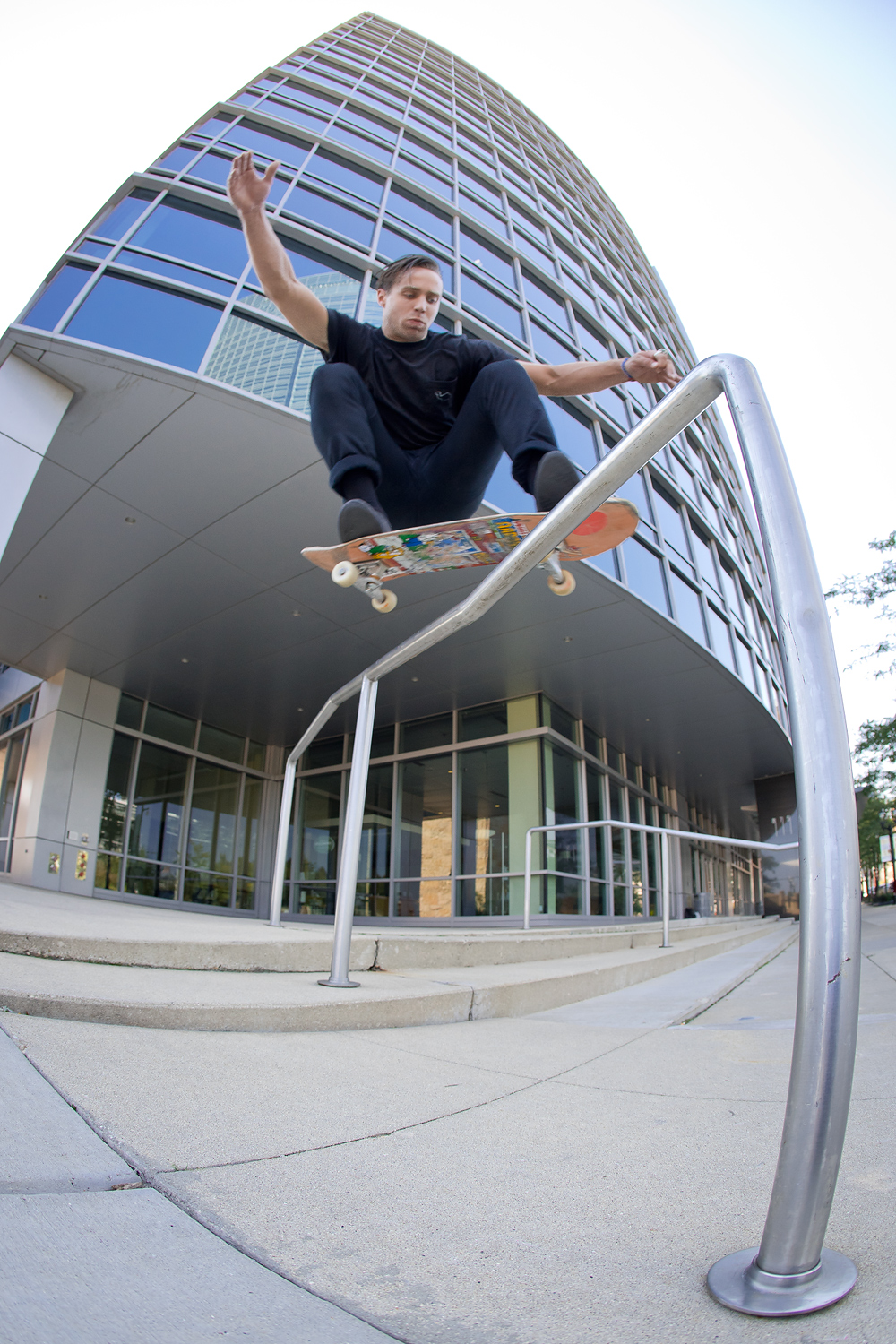 Tavis, up and over. Tavis is from Racine. I think. I’m actually not sure. I wonder how much he’s skated at the Racine skatepark? It’s a great place to meet Juggalos! 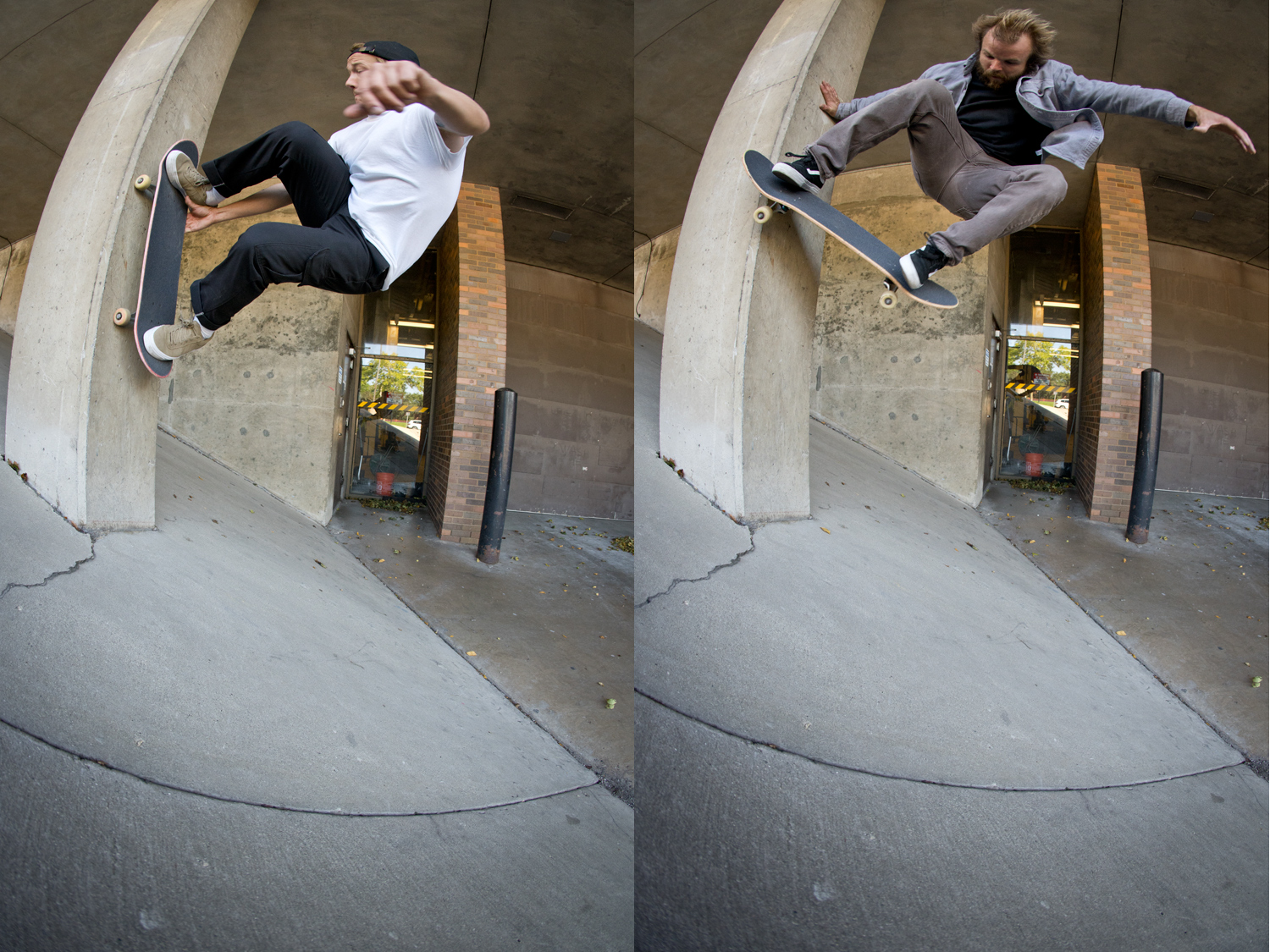 Last time I took a photo here, Bush was the president, my gamer system of choice was the original Xbox (modded – with 120gig harddrive installed – I’d rent games from Blockbuster video and copy them [it was really scary modding the Xbox, I did it myself]), and Pizzy lived mere feet away from me. Fast forward a dozen years, we still haven’t gone back to the moon and Vince did a wallride melon to fakie, and Max did a wallride nollie out at the same spot that I once took a photo at a relatively long time ago. Coincidentally, it was also the first time in a dozen years that we didn’t get kicked out of this spot. 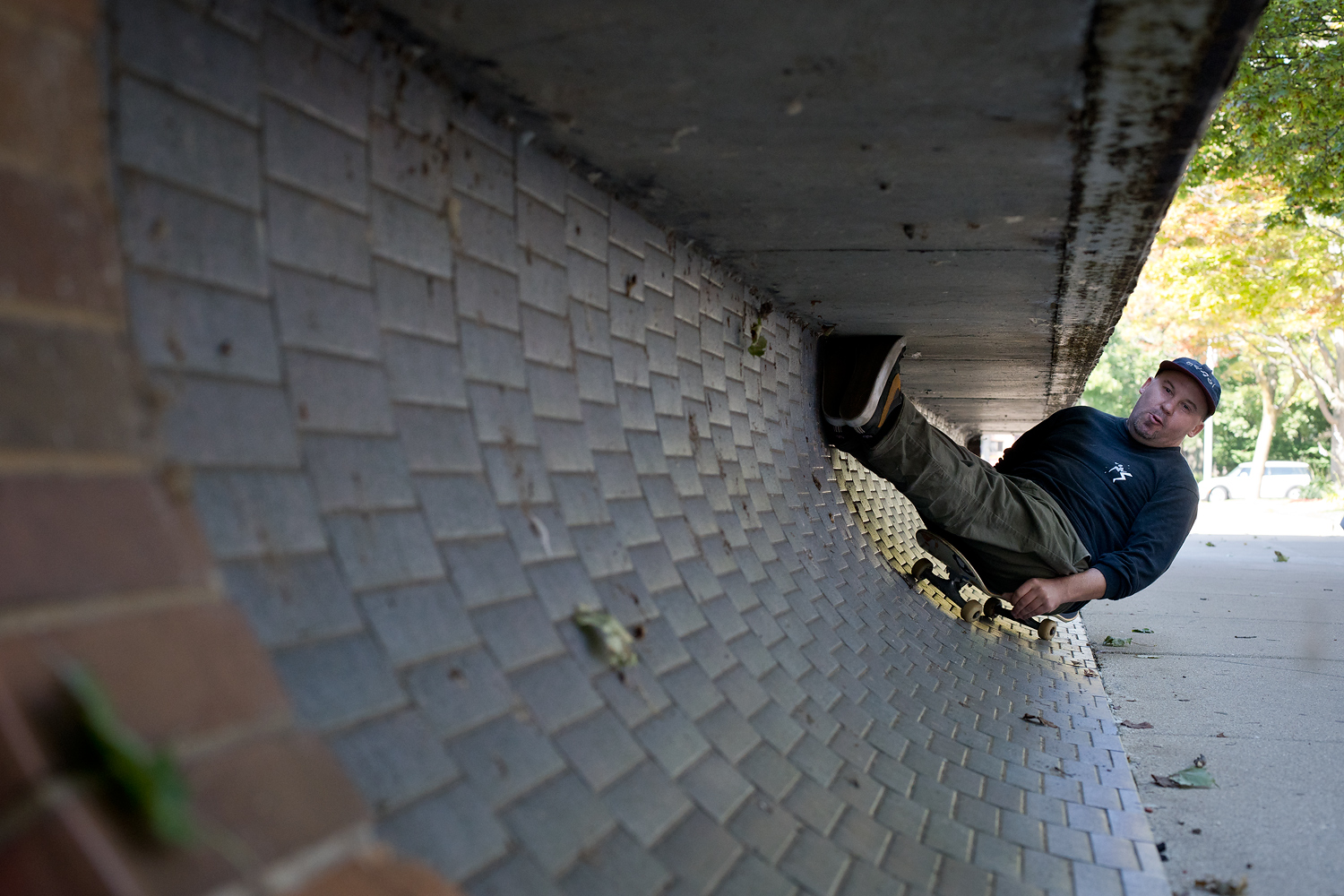 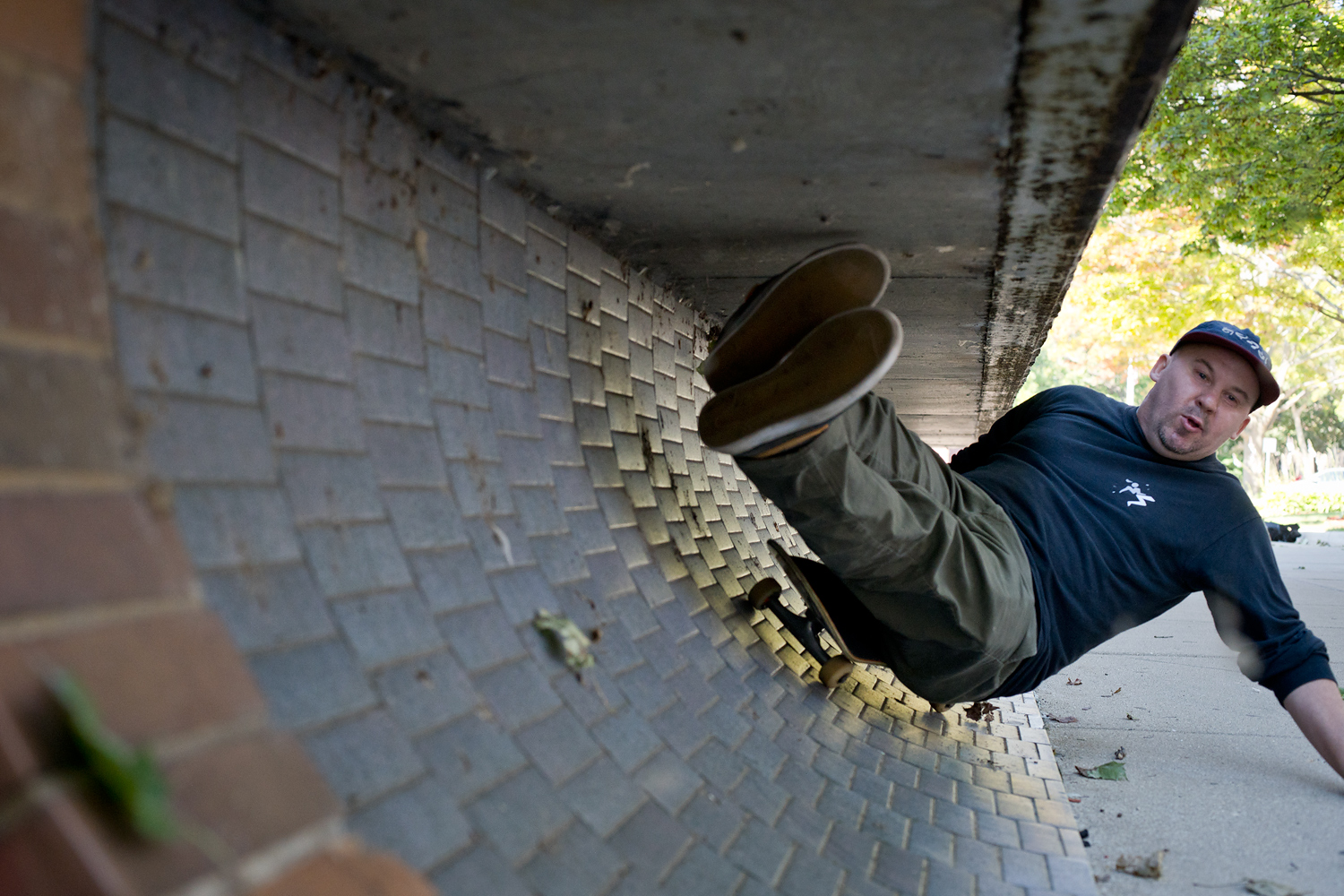 The best natural quarter-pike in Milwaukee. Pizzy found a way. Do you think anyone has ever finger boarded here? It seems like the scale would be off. Finger scale, this would be even bigger than the biggest mega ramp. Is there a Bob Burnquist of finger boarding? If so, I doubt he lives in Milwaukee. 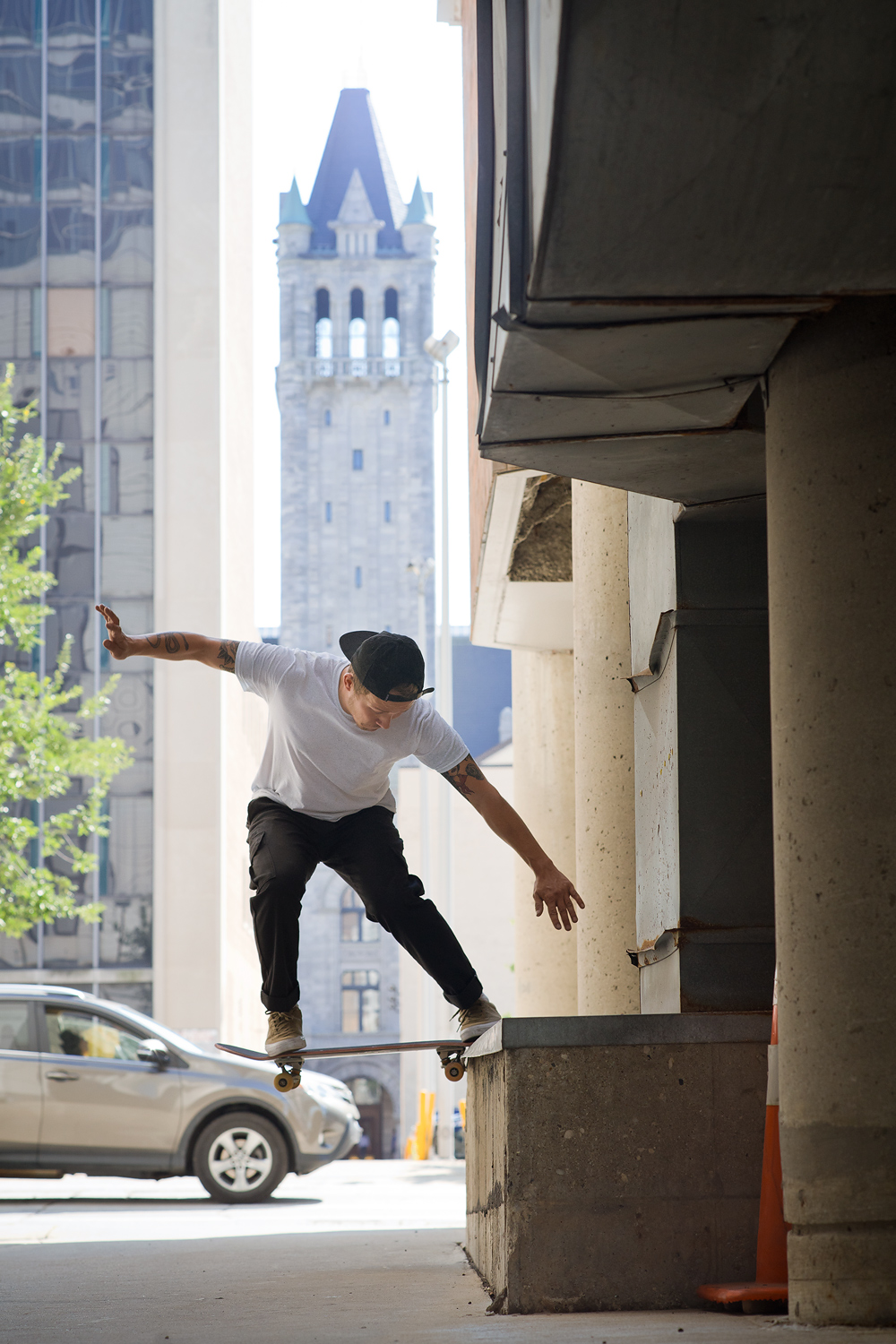 Same day. This goofy vent ledge. It’s not the best spot out, but it looks nice enough in photographs. Vince, switch fs nose. It’s loud when you skate on this thing, and it made some random hero really crabby. If you used it for finger boarding, it wouldn’t be nearly as loud. But again, the scale is off. Is there a Tiago or Stevie of finger boarding? If you can’t land a trick and get really upset, can you finger focus your finger deck? 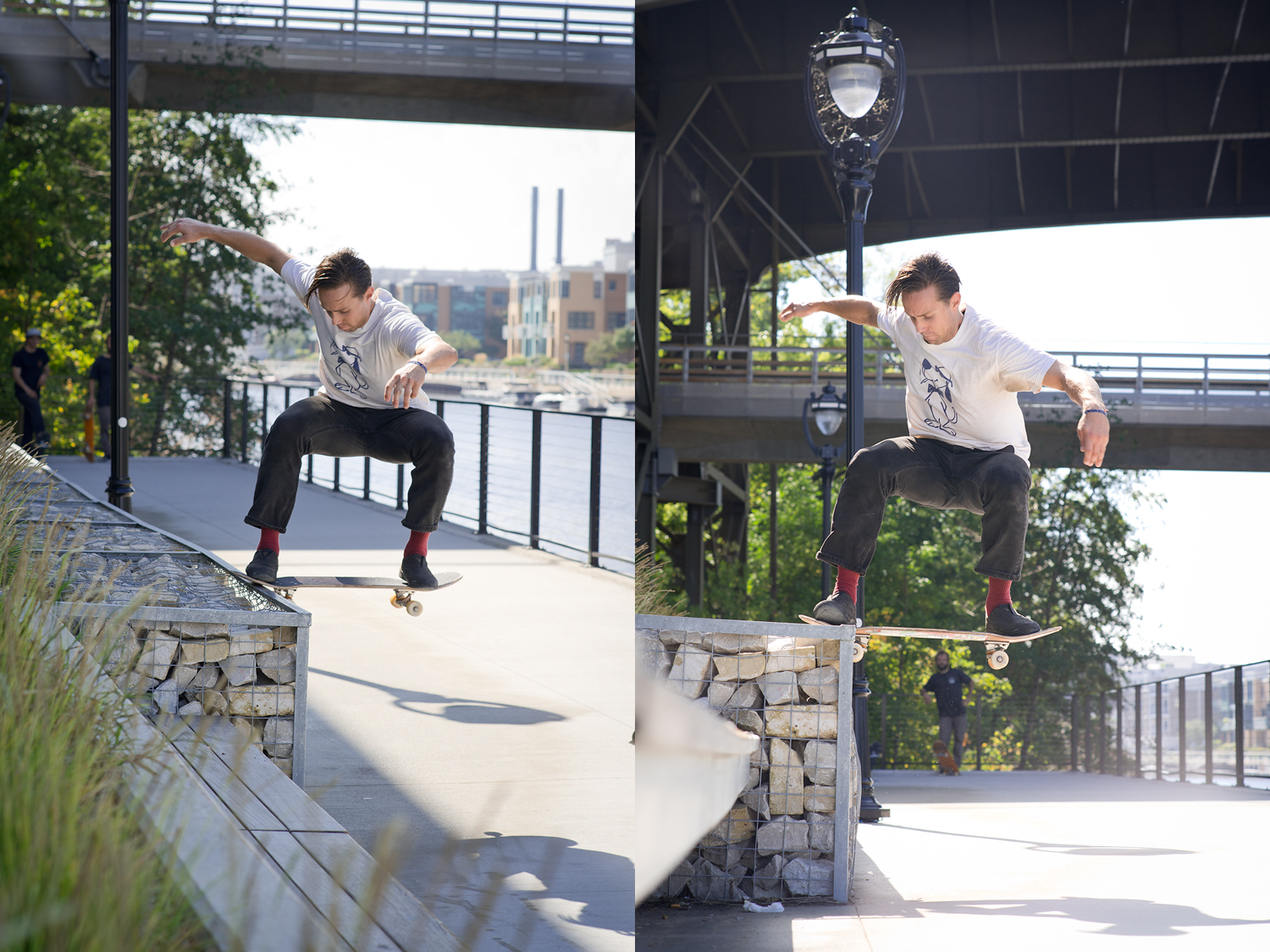 Tavis again. He was working on a line, so he did this hecka tall nollie tailslide a bunch of times. Does it burn more calories when you skate a tall ledge? Next time I’ll ask Tavis to wear Pizzy’s Fitbit so we can find out. 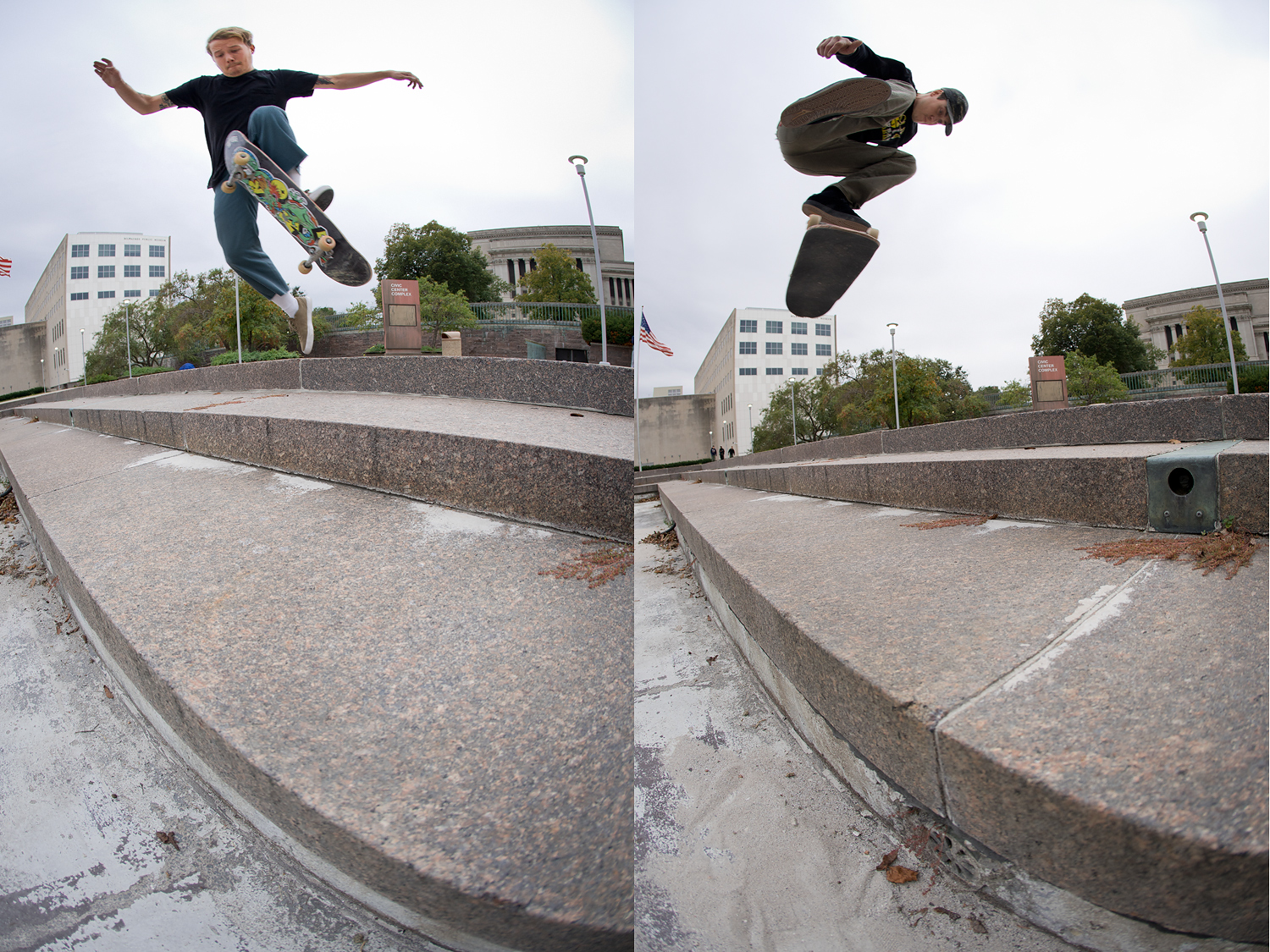 Vince, no comply. Reportedly facing a moratorium after the year 2018. Sleepy, switch backside kickflip. I actually don’t even recall him ever doing this trick in the past, so it’s somewhat surprising he busted it down the “Love Park Big 3”. If you didn’t get it, that’s a joke. This gap is about 1/5 the size of the Love Park gap. Which was a four stair, of course. What’s your favorite trick down it? If I had to choose, I think I’d go with Wenning’s switch backside 180. 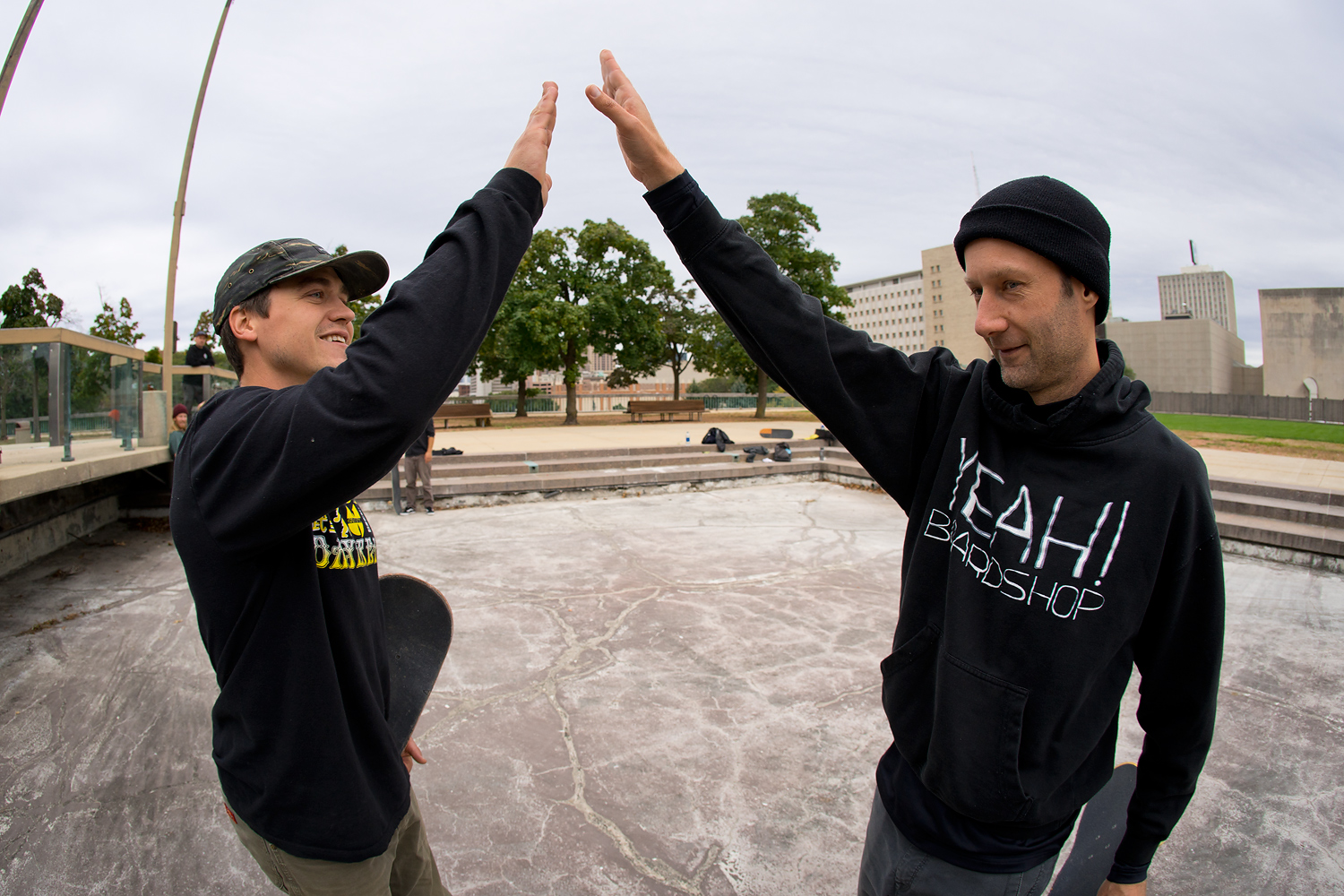 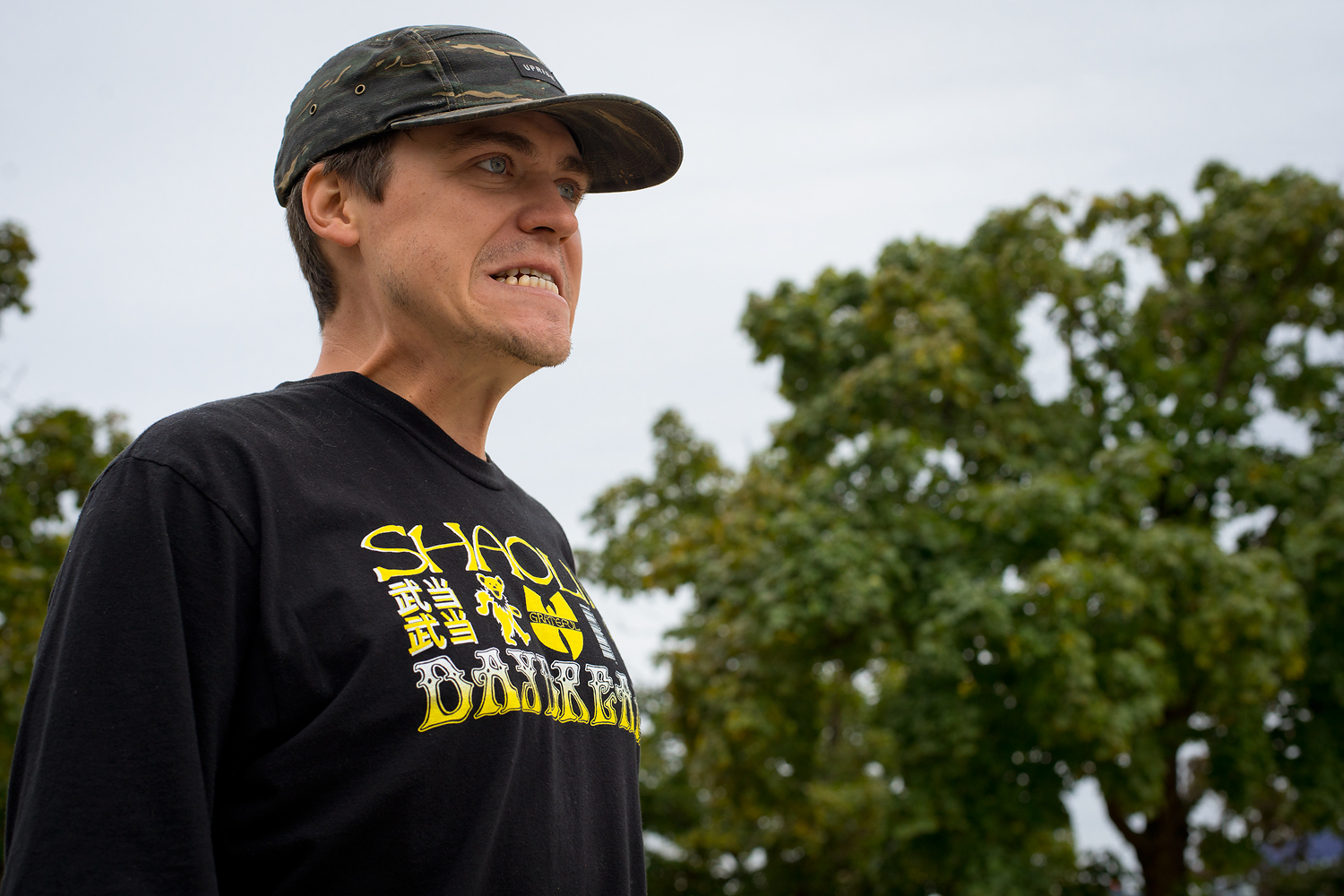 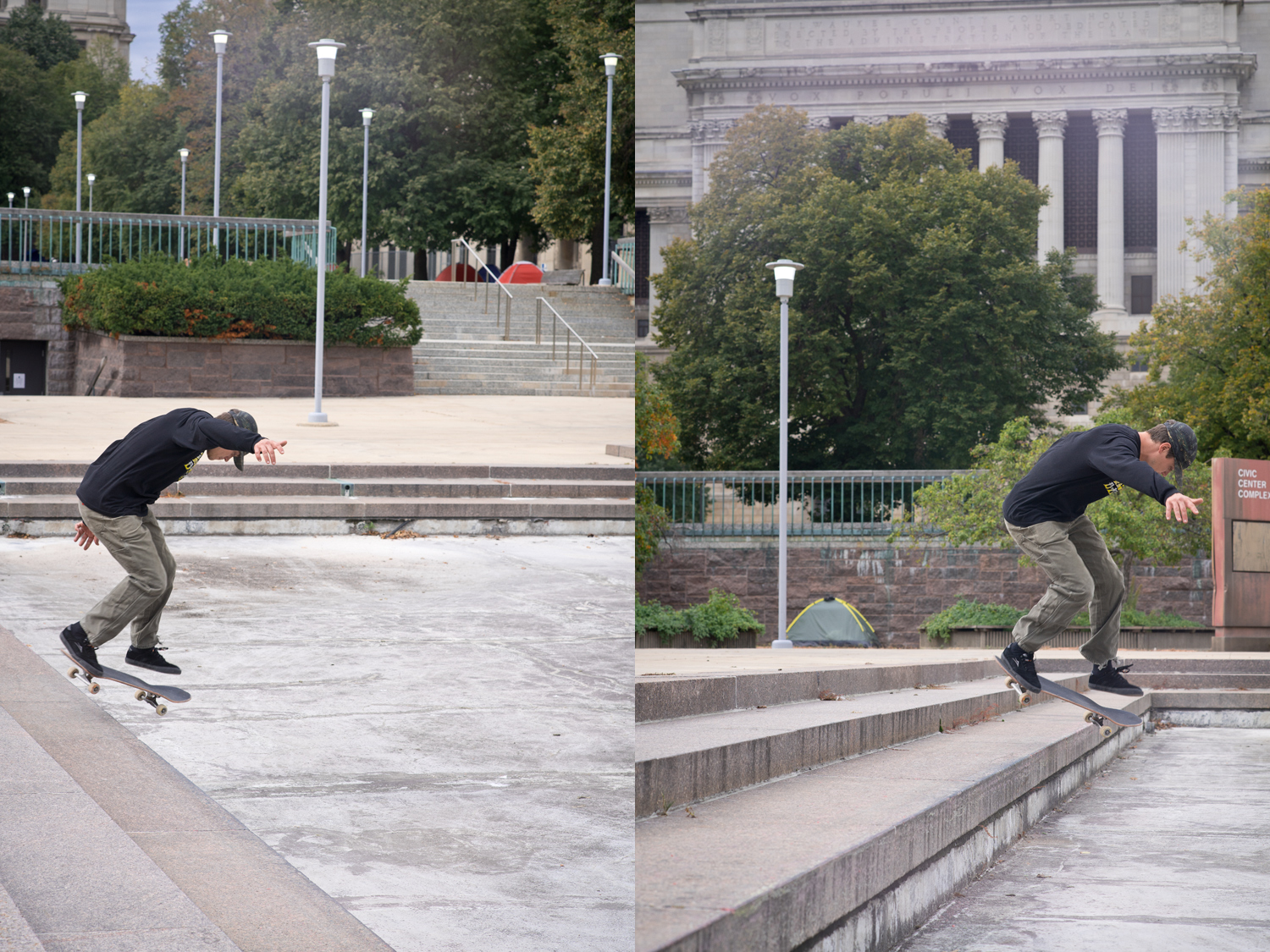 Nick, kickflip backside lipslides. Some sort of tent city has arisen at this spot. The denizens once mocked and verbally abused Mikey Big Shits because he was too scared to ride down some plywood. 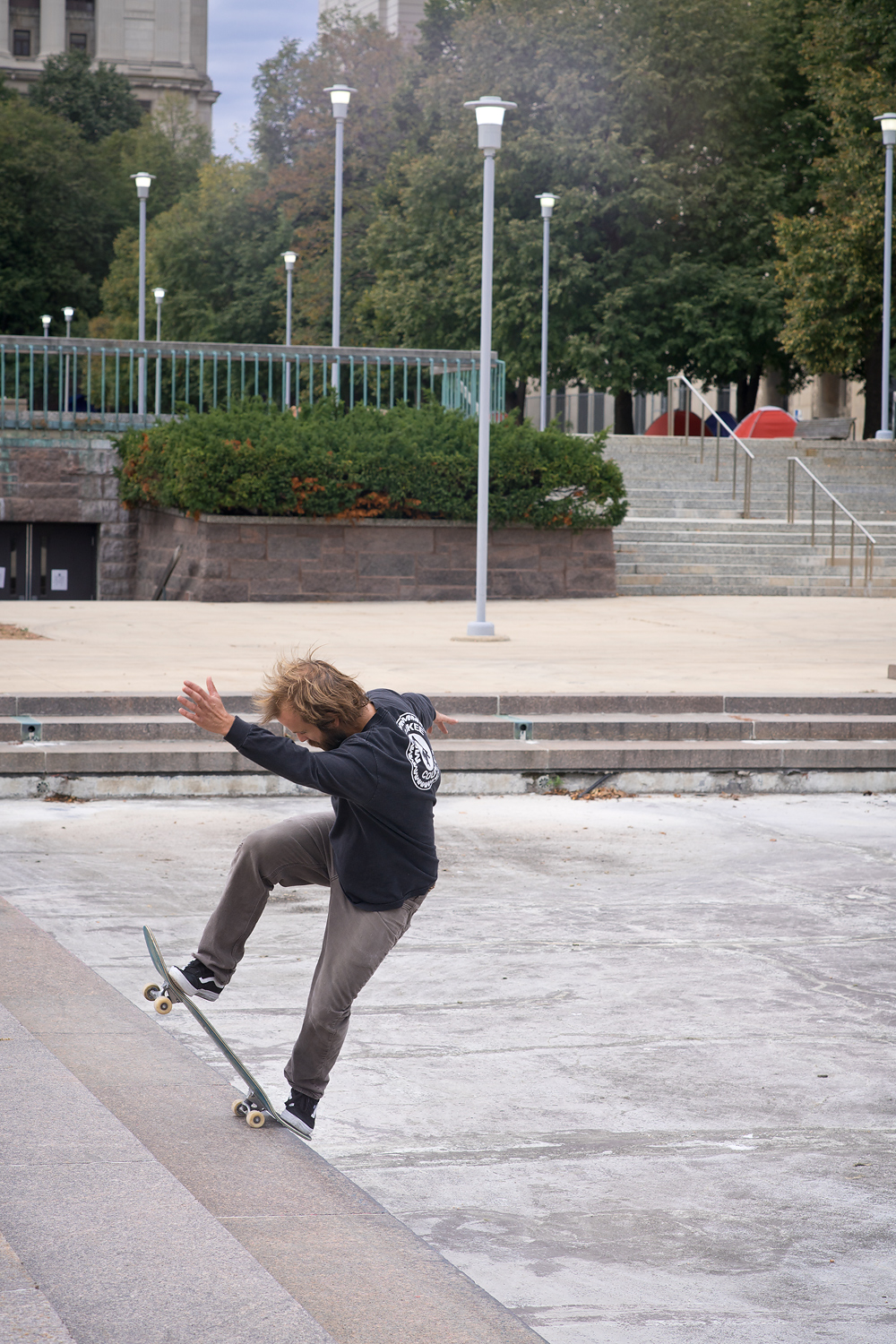 Max, front blunt. I can’t think of any pointless information to add to this caption. 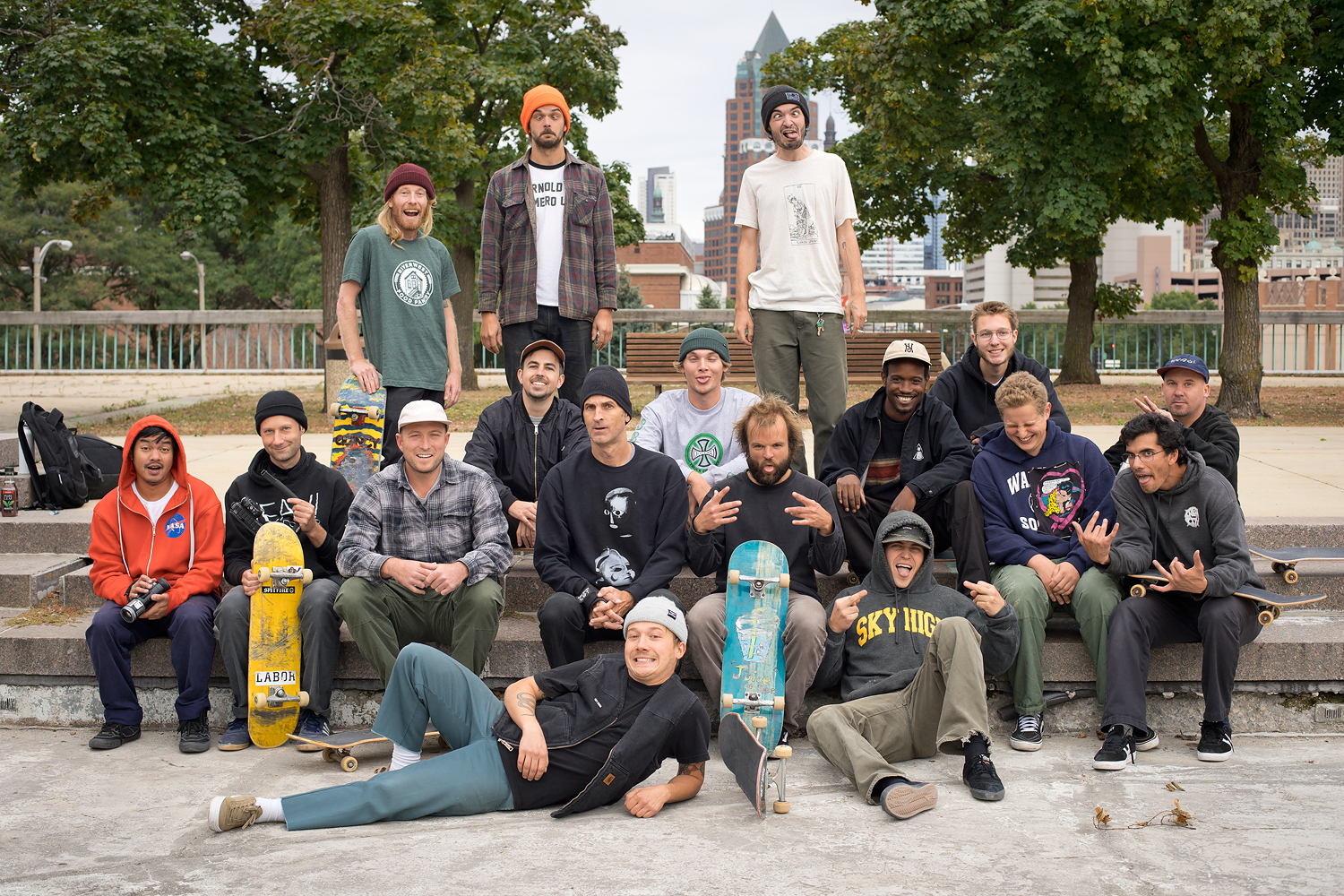 The crew that had assembled in the fountain from Caligula. We were all gathered up so we could dance the night away to celebrate Sky High’s 30th birthday. Biggest crew ever at the spot? Was there any oiled up Greco-Roman wrestling? That’s for me to know… 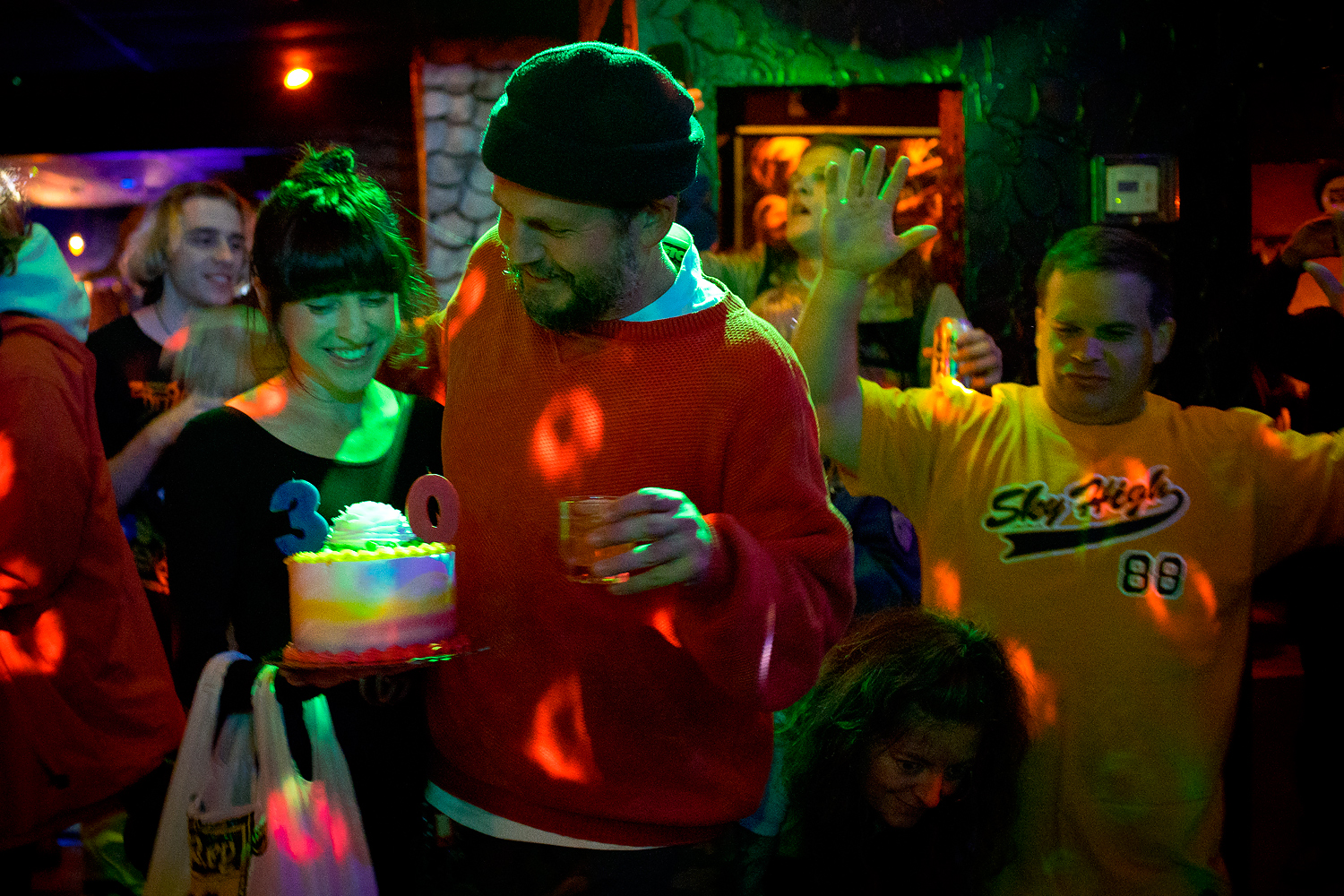 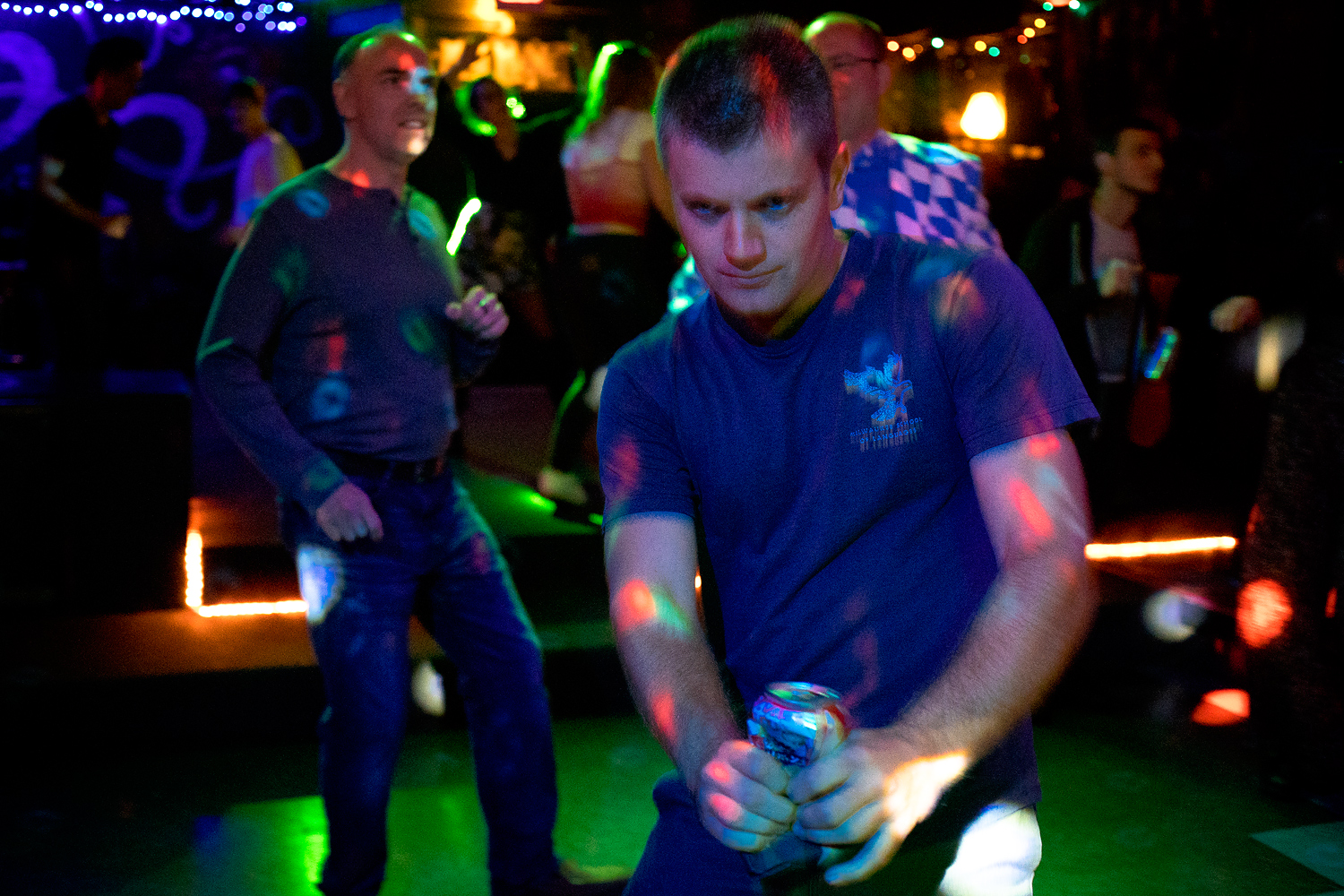 A legend on the floor.

Also! An interview with me about hi-8 cameras, html, and seeing Baby Shecks skate at Tampa Am – by Matt Wes of Broke Skate MKE.